The founding of a tiny pro-Putin party in eastern Germany has caught a new pro-authoritarian zeitgeist in Germany. But historical and geographical factors have long made Germany's relations with Russia complex. 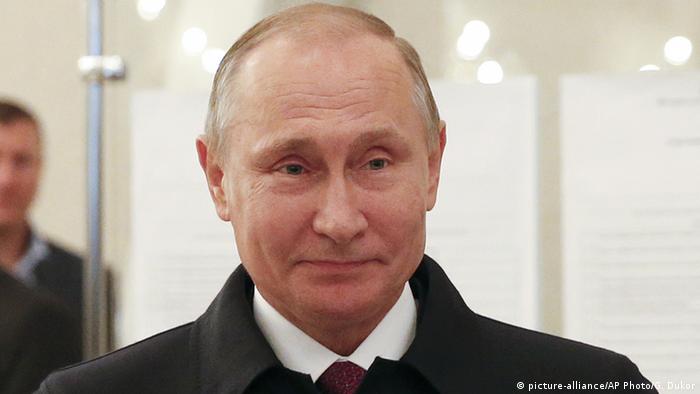 You could call it a long shot: a fledgling German political party has launched an online petition calling for a national referendum on the integration of Germany into the Russian Federation.

In case that shouldn't work, the petition's secondary goal, as it says on the website "Change.org," is to start a public debate on why there should be such a referendum. After all, the campaigners argue, it is "very clear" that the referendum on "the entry of Crimea into the Russian Federation is also founded on international law," and Russia represents an escape from the "noose of police state and EU dictatorship."

The "Pro Putin Party" is still a very small movement - at time of writing, just over 5,000 people have signed the online petition - and though over 18,000 people follow its Facebook page, the party itself does not yet officially exist - it doesn't even have its own website and the social media page simply says that its aim is to found such a party.

Nevertheless, pro-Putin arguments have been a consistent theme on both the far-left and far-right fringes of German politics for a long time, and have intensified since the war in eastern Ukraine began.

"[Pro-Putinism] is indeed an interesting phenomenon that we have observed for some time," said Ulrich Herbert, political history professor at Freiburg University and author of the book "History of 20th Century Germany." "I wouldn't lend them too much weight, but it is interesting." 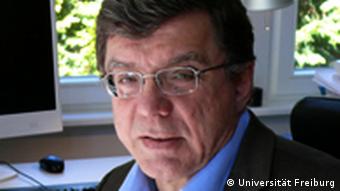 Indeed, the socialist Left party and the right-wing populist "Alternative for Germany" (AfD) have similar official positions on the Ukraine war, though with different reasoning.

While the Left party believes, according to statement issued in 2014 as the war began, that "fascist forces have taken the opportunity" to "become part of the transitional government to violently suppress leftists and trade unionists," the AfD's most recent resolution on the situation there calls simply for a stop to "any further extension of NATO to the east." Both parties call for an end to sanctions against Russia must end.

Both the far-left and certain elements of the German far-right have long identified with anti-Americanism, to the point that, as Herbert said, some members of the PEGIDAmarches in Dresden held up banners that read, "Putin, help!" "That of course has something to do with the fact that there are still some strong residual pro-Soviet sentiments in the former East Germany," Herbert told DW.

For such people, Herbert argued, liberalism and democracy was less important than public security, which authoritarian figures like Putin represent. At the same time, Germany's pro-Putin party is keen to invert the received understanding about who the real dictatorship is: "As we see repeatedly and constantly, there is nothing that the EU dictatorship committee would shy away from," its petition says. "The impending ban on freedom of opinion and the ban on demonstrations leaves us NO time! ... Just as the Soviet Union once gave us reunification, the Russian Federation comes to us consistently on a partnership and friendly level."

This sounds a bit like propaganda, even though there is no suggestion that the Pro-Putin Party is anything other than a private initiative. Nevertheless, the Russian government has shown to be not above looking for ways to influence Germany society. "It has tried for a long time, via the Internet, via forums, and through certain financial injections, to influence German domestic politics," said Herbert. "Especially by influencing ethnic Russian settlers living in Germany."

This became very noticeable in Berlin in January, when the Russian government claimed the German police had covered up the alleged rape of an ethnic Russian teenager by a refugee - though the girl later admitted to have made up the story, the incident sparked protests that members of the German far-right also capitalized on. 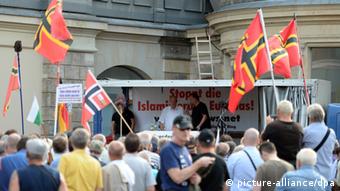 Members of the PEGIDA movement have shown sympathy for Putin

But there are of course historical and geographical reasons for the subtle ties between the two nations. "Germany is for Russia by the far the most important Western power, after the US, both economically and politically," said Herbert.

On the German side, the Social Democratic Party (SPD) in particular has consistently espoused so-called Ost-Politik ("East Politics") since the 1960s, and this has been taken up by German governments to a greater or lesser extent ever since, partly because of Germany's strategic position, which has made an "understanding" towards Russia a matter of practical policy more than for other Western powers. "But even in the SPD I don't see an attempt to whitewash Putin's role as an autocrat," said Herbert.

"I think other countries are not so interesting for Russia," he added. "But the fact that Putin is supporting the right in other countries, for example [French nationalist Marine] Le Pen, shows that there is an attempt to divide the EU."

Perhaps the most surprising Putin friend at the moment is Donald Trump, the US Republican presidential nominee, who has often told interviewers it would be a "good thing" if the US had closer ties to Russia. Is there a global trend towards authoritarianism and against democracy? Herbert sees Trump and Putin as "comparable figures," but adds, "I don't see that danger as much in Germany as in the USA," he said.

"Of course there are nationalist and authoritarian tendencies in Europe - Hungary would be an example, or Poland - but an autocrat like Putin or [Turkish Prime Minister] Erdogan, they are special, but here in Germany it is much more about anti-Americanism," said Herbert.

Top Democrat lawmakers have accused Russia of trying to influence the US election through cyber attacks. The two House and Senate intelligence committee members have called on Russian President Putin to halt the hacks. (22.09.2016)