A recent study showed that most children from immigrant families perform disastrously at school and subsequently in the job market. One private university in Berlin started by a Turkish industrialist bucks the trend. 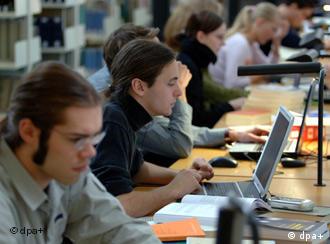 Bright corridors, potted plants on window sills, an assortment of newspapers and magazines and young people hurrying around with laptops under their arms -- the OTA private university in Berlin is a far cry from the scruffy lecture halls seen in most universities across Germany. 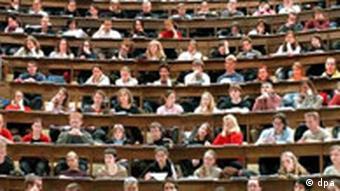 Students here learn in small groups instead of in usually overflowing classrooms. And studying here is a full-time job -- students cram market models and economic theory from nine in the morning until five in the afternoon.

Fatih Aslan, a student of Turkish origin -- like most of the around 100 students at OTA -- is studying for an MBA and plans to do his Bachelor's degree in a year. The study program costs about 600 euros a month -- expensive by German standards, but worth every euro, says Aslan.

"My best friend is studying at a state-run university and I get to hear from him of how dry it is and far-removed from practical applications," said Aslan. "Here we have to constantly make presentations. And that does motivate you because you have to always use the stuff you learn during your time here."

Practical application is strongly emphasized at the OTA. Most of the lecturers come from business and industry and in addition to the theory they teach, they give students glimpses into the real working world. Doing an internship of several months is the norm here.

Not a "Turkish university"

OTA is the antithesis of a German state-run university, and the going wasn't easy initially, said Erman Tanyildiz. The Turkish businessmen who came to Germany to study in the 1970s set up his own successful business empire and ended up investing his fortune in the private university.

"Nobody rolled out the red carpet for me when I first came up with the idea," said Tanyildiz. "It took about two years before the authorities took me seriously. They were very skeptical when they saw that off all people, a Turk wanted to invest four million DM in a foundation. They probably thought it was for something bad."

At the same time Tanyildiz doesn't like the OTA to be referred to as a "Turkish university." He says it's open to all and wants to offer a chance in particular to those who lose out in the cut-throat competition for a decent education. 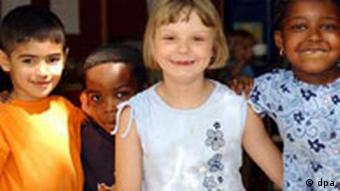 Most of the current misery plaguing children with immigrant backgrounds in Germany reflects the country's decades-long neglect when it came to integrating its immigrants, says Tanyildiz.

Last month, a study by the Program for International Student Assessment (PISA) showed that Germany is largely failing children from immigrant families. The report said that only every tenth child from an immigrant family managed to get into a Gymnasium, or high school that eventually leads to university. While every third German studies at a university, only eight percent of immigrant children do so, the study found.

"In the 1960s Germany needed cheap labor that could do all the backbreaking work. Critical academics would have proved more of a burden," said Tanyildiz. "They (cheap workers) weren't given a chance to educate themselves but rather were treated as 'guests' for generations. How do people who perhaps themselves can't read and write educate their children and tell them about the importance of a good education?"

Tanyildiz says the key lies in language. German courses at a pre-school age as well as more flexibility in Germany's current school system are crucial, said Tanyildiz, since they would enable kids to develop their abilities and decide at a higher age if they wanted to go to university or opt for vocational training.

The Turkish entrepreneur also pointed out that children from immigrant families had enormous potential -- bilingualism and bicultural soft skills -- which was often overlooked in Germany. At the OTA, kids from such families are considered a benefit, not a deficit, Tanyildiz said.

"What we're also doing is preparing a bit of the groundwork for Turkey's EU membership. Already there's intensive economic cooperation between Turkey and Europe," Tanyildiz said. "And there we need well-trained leaders who are familiar with several cultures and languages and are rooted in them."

People like Fatih Aslan are prime examples. The 23-year-old has already done internships in London and Istanbul. A job offer by a German car company with a factory situated on the Bosporus is already beckoning.

Chancellor Merkel wants to hold a high-level integration summit after last month's crisis at a Berlin school whose pupils are mainly from immigrant families. Who's to blame? The parents or the school system? Or both? (May 18, 2006)

A newly published PISA study reveals that children of immigrants have fewer chances to succeed in German schools than they do in almost any other industrial state. (May 16, 2006)