The second-in-line to the British throne is set to be the first royal to visit Israel since the country's 1948 founding. No British royal has ever conducted an official trip to the Palestinian territories. 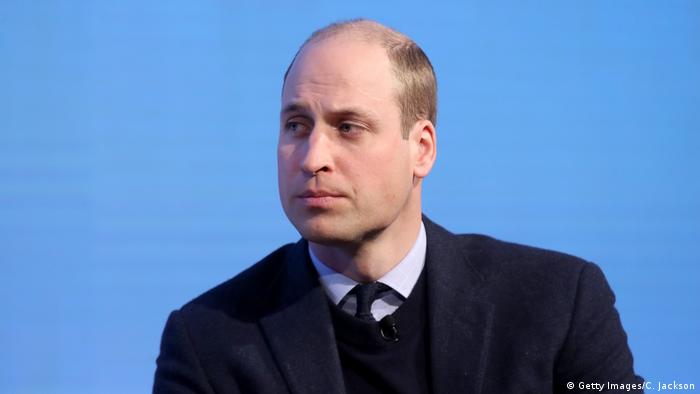 Kensington Palace announced on Thursday that Prince William will visit Israel and the Palestinian territories in the summer, the first official trip to Israel by a British royal since the country's founding in 1948.

The British government requested the 35-year-old prince conduct the visit, which will also include a trip to Jordan. William's pregnant wife, Kate Middleton, is not scheduled to join him.

"This is a historic visit, the first of its kind, and he will be received here with great affection," Netanyahu said.

Abbas echoed this sentiment, saying: "We look forward to contributing to strengthening the bonds of friendship between the two peoples."

Israel will mark 70 years of statehood on April 18 in line with the Hebrew calendar. The country was founded in 1948 shortly after Britain, which had promised Jews a homeland in the Middle East in 1917, gave up control of what would become Israeli and Palestinian territory.

Israeli President Reuven Rivlin noted the occasion in a Twitter post in which he wrote: "A very special guest, and a very special present for our 70th year of independence."

William's trip is the first official royal visit to Israel by a close member of the royal family. Prince Charles, William's father, unofficially visited the country when he attended the funeral of former Israeli President Schimon Peres in 2016.

No royal family member has ever made an official trip to the Palestinian territories. William's grandparents, Queen Elizabeth II and Prince Philip, visited Jordan in 1984.

Another royal baby! Prince William and his wife Catherine, the Duchess of Cambridge, are expecting their third child. While the news is bound to surprise royal fans, the queen is said to be "delighted." (04.09.2017)

The prince and the duchess are coming to Germany together for the first time. The young royal couple have won hearts with their style and charm - as well as with their unique love story. (17.07.2017)