The British royal's lawyers claim he is exempt from a sexual assault lawsuit. This comes 24 hours after it was revealed Jeffrey Epstein paid Virginia Giuffre $500,000 to settle sex abuse allegations. 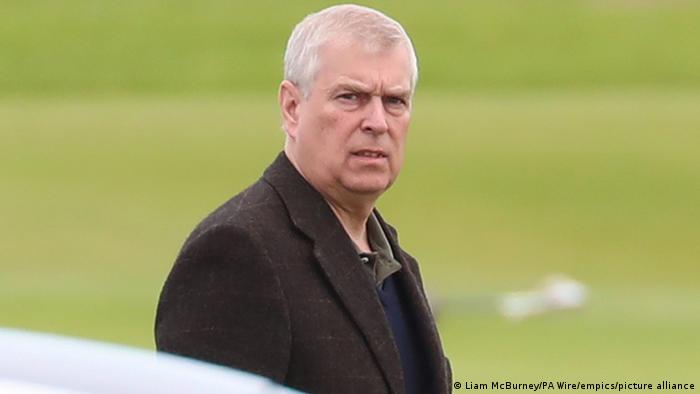 At a hearing in New York on Tuesday, Prince Andrew's lawyer said that a sexual assault lawsuit against his client should be dismissed, citing a 2009 settlement signed by his accuser.

Last year, Virginia Giuffre sued the prince for unspecified damages, alleging he sexually abused her in 2001 when she was 17 and a minor under US law.

Giuffre says Andrew assaulted her at properties belonging to convicted sex offender Jeffrey Epstein in New York, London and on the late financier's private island in the US Virgin Islands.

However, Andrew Brettler told the judge Giuffre had "waived her rights" to sue other defendants after she agreed to a $500,000 settlement with Epstein, who killed himself in a Manhattan jail in 2019 while awaiting trial on sex trafficking charges.

Brettler said Prince Andrew, 61, was among the "potential defenders" who became exempt after Giuffre cut the deal with Epstein in Florida in November 2009.

"Miss Giuffre intended to release a broad category of individuals, including royalty, including businessmen," said Brettler.

"'Potential defendant' is someone who could have been named a defendant in that lawsuit, but was not," Brettler told District Judge Lewis Kaplan. "I think it's unquestionable that Prince Andrew could have been sued in the 2009 Florida action."

What does the judge have to weigh up?

But the judge said the "real question" is what Giuffre and Epstein intended when the settlement was signed.

The judge said he would come to a decision "pretty soon" and that he appreciated the "passion" of the defense.

Andrew has denied Giuffre's accusations that he forced her to have sex at the London home of former Epstein associate Ghislaine Maxwell, as well as abuse at other Epstein properties.

On Friday, Judge Kaplan rejected the attempts of Andrew's lawyers to halt proceedings on the basis that Giuffre now lives in Australia.

In 2019, Andrew said he has "no recollection" of meeting Giuffre, despite a widely circulated photograph of the prince with his arm around his accuser's waist, with Maxwell in the background.

Last week, Maxwell, who introduced Epstein to the prince, was found guilty of recruiting and grooming young girls to be abused by Epstein in the 1990s and early 2000s.

Maxwell could potentially spend the rest of her life behind bars, with a maximum possible sentence of 65 years.

Following a year that saw intense divisions over Brexit, the queen urged the UK to come together in her Christmas message. Young climate activists and Germany's Angela Merkel also received prominent nods in her speech.

A fourth woman has testified in the case against the alleged associate of the late financier Jeffrey Epstein. Maxwell is accused of sex trafficking and other charges.

As deliberations continued for a fifth day, jurors asked for transcripts of testimony from five witnesses. They also queried whether they would have Friday and Saturday off, but were told that was most unlikely.