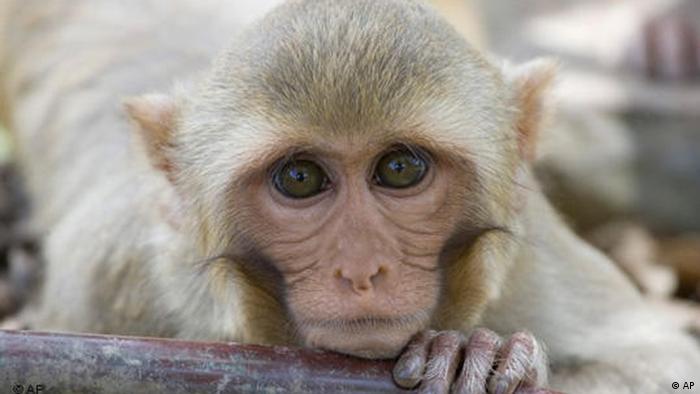 When a prominent German cognitive researcher announced last week that he would stop performing experiments with monkeys, a small shockwave went through the global scientific community. Nikos Logothetis, director of the department for physiology of cognitive processes at the Max-Plack-Institute for biological Cybernetics made the announcement after months of protests by animal rights advocates, culminating in insults and even threats on his life.

The story began when an animal rights activist, working undercover for several months as an animal care specialist at the Max-Planck-Institute, took video footage about the treatment of Rhesus monkeys and published it on Youtube. People involved in the research claim that the footage was taken out of its context and was presented in a highly manipulative way.

Since then, 16 Nobel Prize Laureates have come to the defense of the Tübingen researcher. DW talked to cognitive researcher Professor Andreas Nieder, who also uses primates in his tests. 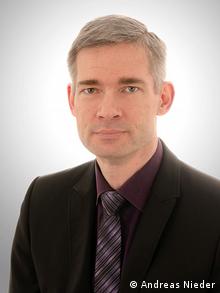 DW: Professor Nieder, how did you and your colleagues react to the news of Professor Logothetis' decision to stop his primate research?

Andreas Nieder: We are all very disappointed that it had to come to this - for Professor Logothetis to withdraw from work with non-human primates and to switch over to rodent research. I think this is very unfortunate, and it is a bad sign for the entire scientific community within Germany.

How do you react to the arguments of animal rights activists who have been calling for a ban on primate research?

Honestly, I can't follow these arguments, because to my knowledge there is no doubt that animal experimentation - including on non-human primates - is beneficial to human health and also veterinary medicine. We cannot substitute it with any other method; if we could, we would. And the third point is that we do everything we can to ease the burden for the animals - according to all of our knowledge and the medical capabilities we have available.

How do creatures get their orientation right? Does it have anything to do with Alzheimer's? Nobel-Prize Laureates May-Britt and Edvard Moser have found some answers to those questions. (10.12.2014)

Measles are raging in Berlin right now. Politicians have even discussed making vaccination mandatory, because more and more parents refuse to vaccinate their children - and that's allegedly dangerous. (24.02.2015)

The neurobiology of Christmas anticipation

Baking cookies, drinking mulled wine, or listening to Christmas music - all these things enhance our anticipation of Christmas. But why does Christmas keep bringing a smile to most of our faces? (24.12.2014)

Why should a study on HIV and hepatitis C co-infection go to waste? Patients often need to be treated for both. But research peers say the study is irrelevant. Either way, hep C can be cured. (24.07.2014)

The liver is vital for removing toxic elements from the human body. But what happens when this irreplaceable organ is infected with hepatitis C - a life-threatening disease that affects 150 million people in the world? (27.07.2014)

In general, non-human primates are always only used as a last resort, when there is no other animal model available. This is the case - in particular - when we are discussing primate specific functions or structures in the brain or in the entire body where we need to be able to translate as directly and as good as possible the knowledge from a non-human primate to a human. For instance, the research on deep brain stimulation is a classic example of how research in a non-human primate model could be translated: We now have a very effective treatment to ease the burden for Parkinson's patients.

Can you describe how the research was translated into treatment?

Deep brain stimulation was developed with monkey models and tested in them and was translated from these models to the human brain. This was possible only with non-human primates because these structures in the brain are so similar that it allowed for the knowledge to be transferred to the human brain. If you would do this in any other mammal, you would have problems to make this transfer.

How does the process work?

It is a kind of pacemaker that is connected to electrodes implanted deep into the brain of the patients, during surgery, where a craniotomy has to be made, which means that a part of the skull has to be removed. Electrodes have to be inserted. This is usually done with patients who are awake, because they need to interact with the surgeon to make sure that no problems arise and to make sure that the electrodes in the end are at the exact positions where they need to be to ease the symptoms. And that is a classic example of work on non-human primates that could be translated.

Animal rights activists argue that the animals are suffering. What's your take on that?

No one working experimentally with animals would deny that these tests can burden the animals. That's almost the nature of animal experiments, and that's why we have regulations and why we need licenses beforehand to be able to conduct the experiments. However, we do everything we can - and use everything we have available - to ease the burdens for the animals. We have state of the art surgical procedures and pain treatment available. Against this backdrop, we can work responsibly with these animals.

What are your personal limits with regard to animal experimentation?

My borders would be if these experiments were used for economic reasons - to gain money or social status, or for producing luxury goods that are not really necessary for health or medical purposes. It is important to understand that basic research is important: We need to understand the basic physiology - how the brain or different parts of the body work - before we can even understand what is going wrong in the case of disease. And then the next step would be to find a cure for that disease.

In contrast, one of the arguments that your opponents bring forward is that basic research does not serve a specific target and is therefore free or even free of purpose…

Basic research is often falsely segregated from applied research. This is a mistake, because the two are really a continuum. On the one hand - yes - it is the nature of scientific research that we don't know where the research will lead us. We don't know if in the end we will gain the insight that we are seeking. However, if we don't do the research, we will most certainly not proceed and progress. So I think there is no alternative to do this research: it's the only way to progress.

Dr. Andreas Nieder is Professor for Animal Physiology and Director at the Institute for Neurobiology at the University of Tübingen. His area of focus, how higher brain centers enable intelligent and goal-directed behavior, involves tests with primates and crows.

Homepage of Andreas Nieder at the Tübingen University