The discount fashion business keeps growing because low, rock-bottom prices are seemingly irresistible for German shoppers. Are there limits to its growth in one of Europe's most fiercely contested fashion market? Even on a rainy February morning Primark's 3-storey shop on Berlin's Alexanderplatz square is buzzing. There is no music playing and at least a dozen languages are being spoken. The aisles are full of shoppers and staff filling tables. Lines have begun to form at the screened-off cash desks.

However, not only the rock-bottom prices attract buyers. The stores are large, modern, bright and uncluttered. Here you can find their own branded clothing for children, men and women, jewelry, small accessories for the home and even some beauty products like lipstick. Everything is hip, stylish and very, very cheap. 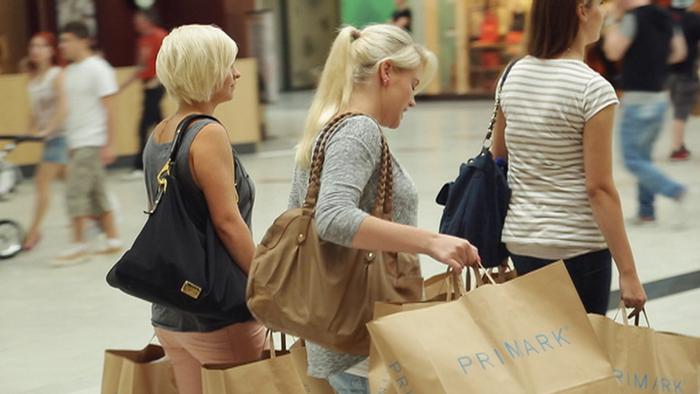 Everywhere you look the simple brown paper bags with the name Primark are toted around by young shoppers, and usually not just one bag but an armful.

Based in Ireland, Primark has 325 stores worldwide. They entered the German market in 2009. Today they have 22 outlets here. In the next two years the company wants to add seven more stores. Yet even now Germany is Primark's third most important market behind Britain and Spain.

But why is a company that shuns classic marketing so successful when so many other retailers are suffering? The combination of stylish clothing and unbelievably low prices seems to be the answer. Shoes for 9 euros, flip flops for 2 euros, t-shirts for 3 euros, shorts for 5 euros, sunglasses for 1.50 euros - practically something for every occasion. Even worn once and thrown away it doesn't matter at such low prices.

"I have three small boys at home who outgrow clothes every month. I can go to a department store and get a t-shirt and cap or go to Primark and get whole outfits for the same amount of money. Its simply a matter of money," says a mother from Kreuzberg, a neighborhood in Berlin.

Up until now Primark has concentrated on larger German cities. Many tourists who come to the these cities also plan a trip to one of Primark's outlets, like Ola who came shopping with a group of friends from Poland because "its just so cheap."

"For young people it has almost become cult," explains Peter Frank, a senior consultant at BBE Handelsberatung, a management consultancy specializing in the retail sector.

But as the company expands into ever more places, its uniqueness and the hype surrounding the store will die down and then only the rock-bottom prices will remain. 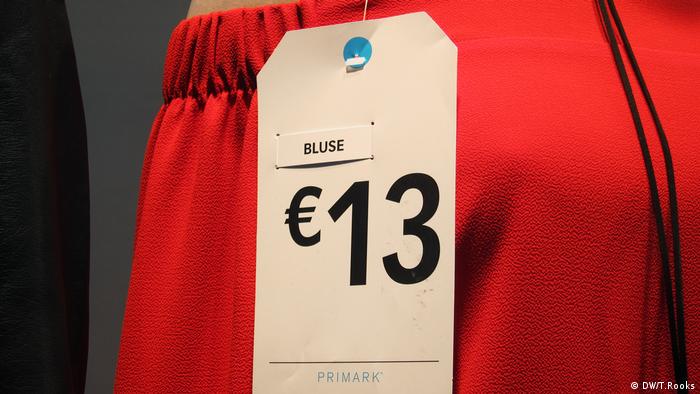 Not everyone is excited about the low prices. The chain has had its share of controversy and protests over the years. Such cheap clothing means cheap production and the tiniest of margins. Labor unions and human rights activists are worried about low wages and poor working conditions.

Primark was among the retailers affected by the disastrous factory collapse in Bangladesh in 2013 that killed over 1,000 workers. Since then it has promised to improve working conditions and paid out millions in compensation to the victims' families.

Environmentalists are also worried about all the clothing that is being produced using scarce raw materials and harsh chemicals that will one day end up in a landfill. Many argue that the cheaper things are the more people buy in great quantities. The boss of Primark, John Bason, boasts that each year the company sells more than 200 million t-shirts and 350 million pairs of socks.

So how much room is there in the German market for discount fashion businesses to grow? Both H&M and C&A already have around 460 outlets in Germany. Even after Primark adds the seven planned stores it will still only have 29 in Germany - and mainly in urban

Labor and social rights campaigners have criticized Ireland's Primark for 'insufficient standards# in the production of textiles. The protests came as the chain opened its second store in Berlin. (03.07.2014)

Bangladeshi authorities have been accused of harassing and intimidating garment workers and their leaders following recent protests demanding a wage hike. Big fashion brands have pulled out of a major summit in protest. (23.02.2017)

Germany has launched an alliance of industry associations, importers and NGOs to press for a more socially responsible, ecologically sustainable clothing supply chain. But many key players are refusing to join. (16.10.2014)

areas. At the moment they are betting that having the absolute lowest prices in the industry will keep them on track for continuous sales growth.

A future without e-commerce?

Yet another challenge for Primark is e-commerce. As more and more shoppers go online, they may themselves become a victim of their low price success and be left behind. The online shopping habits of younger people will continue to destroy the business models of many traditional retailers.

Primark has local websites, but unlike rivals H&M and C&A, they don't offer online sales.

The company has not been able to figure out how to sell online and make a profit. The complexities of online discounts, free shipping and returns have proven formidable hurdles. These services do not match the companies business model of ultra-low prices, quick fashion and high volume sales.

But Peter Frank does not think that the company can go long-term without online sales. He argues that brick-and-mortar retail shopping will continue to decline. Teens who grew up with Primark prices are different than the previous generation. For them it is no longer simply designer or discounter. They will keep buying discount things that are not so important to them and other designer things that they want.

For retailers "to have sustainable customers ties they must go online," says Frank. "Older customers will no longer take the train an hour or two to buy t-shirts."

Yet up until now Primark seems to be bucking even this trend. Yet only time will tell if a store with the primary goal of the lowest price possible will ultimately be immune to the treat of online shopping, or if it joins the ranks of other retailers and finally goes online.