Chancellor Angela Merkel's Cabinet has adopted a report outlining social and income disparities in Germany after four months of delay. Critics accuse her coalition of rewriting findings to mask a widening rich-poor gap. 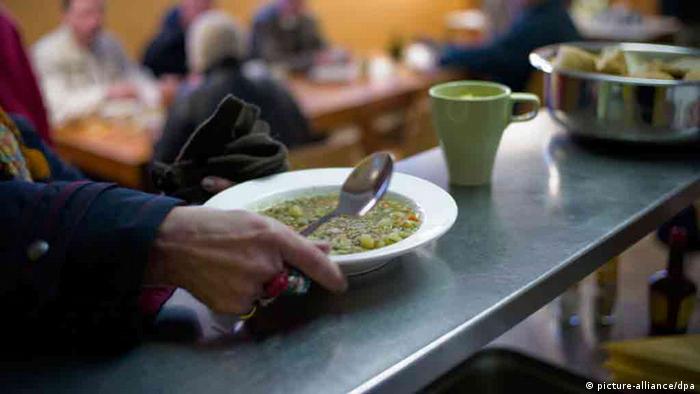 It shows that in Germany, Europe's largest economy, the richest 10 percent own 54 percent of the country's assets, that half of all households possess 1 one percent combined, and that between 14 and 16 percent of people are classified as living in poverty or facing the risk of impoverishment.

On Wednesday, Economy Minister Philipp Rösler - who heads the liberal Free Democratic Party (FDP), the junior partner in Merkel's government - defended changes made to the text of the report since its intended publication date last November.

"I regard it simply as electoral campaign rhetoric," said Rösler, referring to opposition criticism of the report ahead of Germany's federal vote in September.

"Everybody knows that Germany is doing better than it has done for a long time. That's reflected in the good labor market and economic growth trends," Rösler said, alluding to Germany's relatively robust status amid the eurozone crisis in nations such as Greece and Spain.

As a result, Heil said, the Cabinet was disregarding the social realities in Germany and injuring voters' desire for social justice.

Cem Özdemir, the co-leader of the opposition Greens, demanded that such four-yearly reports be compiled in the future by independent experts instead of officials from Ursula von der Leyen's Social and Labor Ministry .

Frank Bsirske, the head of Verdi, Germany's major service sector trade union, slammed the revised report, saying it illustrated the result of a decade of "deregulation on the financial and labor markets," begun with policy changes of a former Social Democrat chancellor: Gerhard Schröder.

Germany's government has rejected charges that its report on poverty and wealth falsified signs of societal disintegration. This followed newspaper claims Wednesday that critical passages were removed during editing. (28.11.2012)

Poverty remains the greatest risk for a child's development in Germany, according to a long-term study released on Tuesday. Social experts say more than 2.5 million children in Germany live in poverty. (25.09.2012)

German DGB trade union federation board member Annelie Buntenbach described Wednesday's report as a "shameful indictment" of a Merkel Cabinet that had allowed more poverty in Germany despite declines in registered unemployment.

"The tricks and cosmetic rewrites" of the government could not mask that the gap between rich and poor was continuously widening, Buntenbach said.

"The anxiety over poverty long extends in Germany deep into the middle of society," said the SoVD president Adolf Bauer. Instead of revising the report, the Cabinet should have laid out effective measures to counter poverty, he said.

The general-secretary of the economic advisory council of Merkel's conservative Christian Democratic Union, Wolfgang Steiger, accused critics of focusing debate on "social envy" instead of seeing gains in advancement opportunities.

"Since the middle of the 1990s, there are significantly more prosperity winners in Germany than losers," Steiger said. Since 2007 the number of long-term unemployed had sunk, he said, from 1.7 million to 1 million.

The debate coincides with mounting calls for a statutory minimum wage in Germany to counter a strong expansion of its low-paid job sector and alarm that Germanys poor lack adequate pension entitlements for old age.