'Potential hijack' incident reported in the Gulf of Oman

The "potential hijack" incident report came in the form of a warning to "exercise extreme caution" in the Gulf of Oman. More than one ship may be involved. 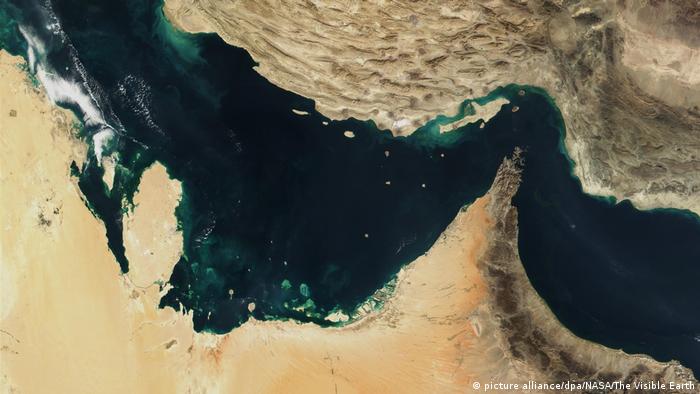 Iranian-backed forces are believed to be behind the seizure of an oil tanker in the Gulf of Oman, two maritime security sources told Reuters Tuesday.

The Iranian Foreign Ministry called reports of trouble in the high seas "suspicious," and cautioned against a "false atmosphere."

For its part, the UK Foreign Office said it was "urgently investigating" the reported incident.

Jen Psaki, White House spokeswoman, said the US was in contact with the UK regarding this "deeply concerning" episode.

British maritime officials reported a "potential hijack" incident in the Gulf of Oman off the coast of the United Arab Emirates (UAE) Tuesday, possibly involving more than one ship.

The United Kingdom Maritime Trade Operations (UKMTO) sent out a warning based on a third-party source urging vessels in the area to "exercise extreme caution." The incident in question occurred 61 nautical miles (113 kilometers) east of Fujairah.

Reuters news agency reported Refinitiv, a global fintech and infrastructure firm, said the chemical tanker the Golden Brilliant has issued its status as "not under command" off the coast of Fujairah.

Later Refinitiv reported four additional ships posting this status, although it is unclear if these ships were involved in the same incident reported by the British Royal Navy group UKMTO.

The Associated Press reports six ships, all oil tankers, sent out the same "not under command" signal in the area at the same time. One later began moving according to maritime tracker MarineTraffic.com.

Ranjith Raja, an oil and shipping expert with Refintiv told AP: "if they are in the same vicinity and in the same place, then very rarely that happens."  He added, "Not all the vessels would lose their engines or their capability to steer at the same time."

The UKMTO described the incident as "ongoing" on its website.

Tuesday's reports come after an incident last week on a Liberian-flagged, Japanese-owned, and Israeli-managed oil tanker, Mercer Street, in which two crew members were killed. The US, Israel and the UK blamed Iran for that suspected drone attack.