The Jerusalem branch of the Simon Wiesenthal Center plans to unveil posters in three German cities to trace the last surviving Nazi death camp guards. Rewards are to be offered for leads from the public. 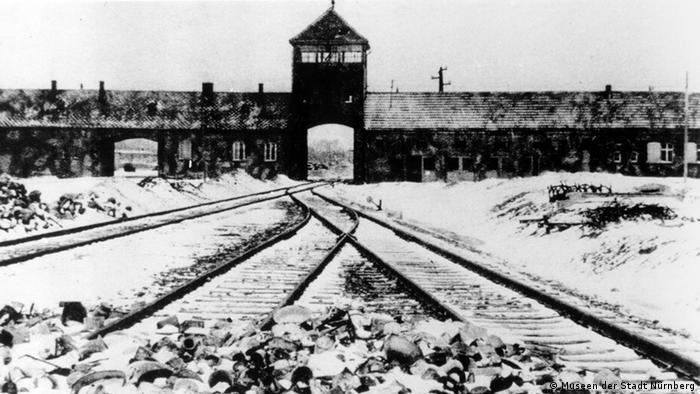 The Jerusalem-based director of the Nazi-hunting Simon Wiesenthal Center, Efraim Zuroff, told the German newspaper WAZ on Saturday that he believed that about 60 former Nazi death camp guards were still alive, "the majority in Germany."

The posters, carrying the words "late, but not too late", will be displayed in Berlin, Hamburg and Cologne and show in black and white the rail entrance to the notorious Birkenau camp, near Auschwitz, in formerly occupied Poland.

Zuhoff told the news agency Reuters that the center had been encouraged by the arrest in Germany in May of Hans Lipschis, a 93-year-old suspected former Auschwitz guard.

Csatary, who fled to Canada after the war, ran a transit camp, from where 12,000 Jews were sent to their deaths, in Kosice in present-day Slovakia.

As suspected Nazi war criminal Laszlo Csatary has been arrested in Budapest, Hungarian society continues to struggle with anti-Semitism and ongoing investigation of crimes against Hungarian Jews in World War II. (19.07.2012)

The Munich court's conviction opened the door to murder prosecutions in Germany without evidence of a specific crime or a victim but on the grounds that the accused was proven to have been a death camp guard.

Germany has had a patchy record of bringing Nazi war criminals to justice, with a few exceptions, notably the conviction of infamous Nazi leaders during the so-called Nuremburg Trials, shortly after World War Two.

However, Zuroff said Germany had a "well-developed consciousness of Nazi criminality."

"It is one of the few countries where family members ring up with information on relatives," he said, adding that the hunt was no longer for high-level perpetrators but the those still alive who assisted at death camps.

The latest campaign's prospects for success would depend on follow-up efforts by German prosecutors and their commitment differed from regional state to regional state, Zuroff told WAZ on Saturday.

The Wiesenthal Center has declined to say how much its intended "Last Chance" poster campaign will cost, but said the funding came mainly from small, private donations.

"Advanced age does not diminish guilt," said Zuroff, adding that society had only "two or three years, maximum" to bring those still alive and fit for trial to justice.

He told the Jerusalem Post on Thursday: "Nowadays in Germany you have only one problem, that's to find the people. In Germany there is something called Datenschutz, which means data protection, which prevents us from being able to check still extant lists of guards against current population rolls."