Post-Gadhafi Libya still struggling for security | World | Breaking news and perspectives from around the globe | DW | 27.01.2012

Earlier this week, clashes broke out between Libyan militias and local residents in a town with close ties to Libya's former dictator. The violence shows that the country still has a long way to go toward true stability. 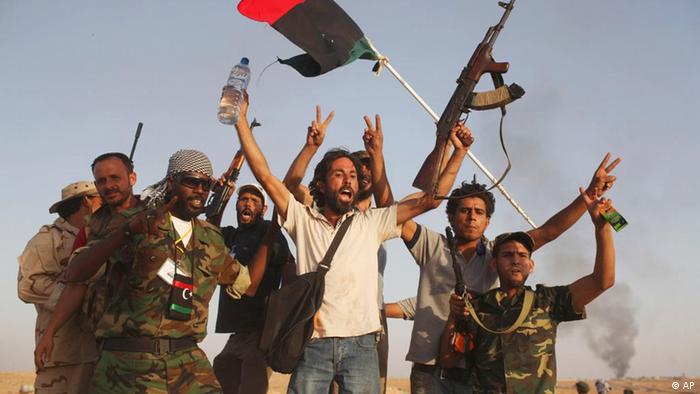 Libya must decide what to do about militias

Anyone who thought the situation in Libya was resolved after Moammar Gadhafi was driven from power and killed last year learned better on Monday January 23, when fighting broke out in the town of Bani Walid.

Bani Walid was one of the last Gadhafi strongholds in the Libyan civil war, and initial reports suggested that people loyal to the former dictator had taken over control of the town from militias affiliated with Libya's revolution.

Later accounts said the clashes were between militias and local residents, but several militiamen were killed, and by all accounts, Gadhafi remains popular in the town. And although Bani Walid is now under government control, the tension that sparked the unrest is unlikely to disappear.

"I think this is just the calm before the next storm," said resident Abdelhamid Rahim.

Despite Gadhafi's notorious reputation, not all Libyans loathed him. The majority of Bani Walid's residents, for example, belong to the Warfalla tribe, which enjoyed privileges under the former dictator's regime.

But the most serious problem, say experts, may not be potential Gadhafi loyalists, but the constitution of government security forces themselves. 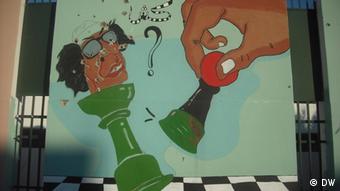 The chairman of the transitional council, Mustafa Abdul Jalil, has warned that the government must begin disarming the many militias active in the country. But progress has been unsatisfactory. Earlier this month at least twelve people were killed in clashes between rival groups in two other Libyan cities.

"The rivalries between militias are the biggest problem in the country right now," Günter Meyer, Libya expert and director of the Germany's Center for Research on the Arab World, told Deutsche Welle. "In the capital Tripoli alone, there are four separate militias who have taken over different parts of the city and are pursuing their own interests there."

Thus far only around 600 militiamen have agreed to hand in their weapons and join the official government security forces.

"Most militia members have refused because arms are their guarantee that they'll be able to promote their interests in future," Meyer said.

Andres Dittmann, a Libya expert at the University of Giessen, concurs with that assessment, saying that while militias have largely refrained from open hostilities, the issue of handing in their arms remains highly contentious. 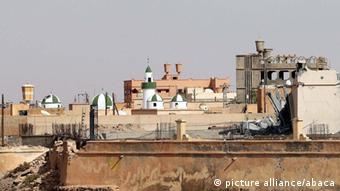 Bani Walid was one of the last cities captured by revolutionaries

No return to the past

A far more unlikely scenario, say the experts, is that pro-Gadhafi elements will ever regain power.

"No one anticipates that the old regime can reconstitute itself," Dittmann explained. "There's no one figure to rally around."

Meyer stressed that the clashes in Bani Walid were a local phenomenon.

But that doesn't mean tension will inevitably subside.

"The revolutionaries want to be rewarded for fighting against Gadhafi," Meyer explained. "They think the restructuring is taking too long, and that's why there have been repeated protests."

The challenge, says Dittmann, is enormous.

"It's one of the most difficult tasks imaginable, to build up a democracy or a similar system after four decades of military dictatorship," Dittmann pointed out. 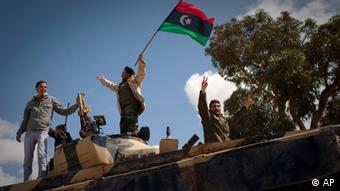 Building lasting peace may be harder than toppling Gadhafi

What should be even more distressing to Libyans as well as to the international community are reports that Gadhafi loyalists have been tortured.

On Friday, January 26th, the human rights watchdog Amnesty International said people had died as a result of being mistreated.

"Several detainees have died after being subjected to torture in Libya in recent weeks and months amid widespread torture and ill-treatment of suspected pro-Kadhafi fighters and loyalists," Amnesty said in its statement. "The torture is being carried out by officially recognised military and security entities, as well by a multitude of armed militias operating outside any legal framework."

An Amnesty senior adviser also told the AFP news agency that the transitional council was not acting to end the abuses. If that continues, the moral legitimacy of the new Libyan government could be undermined.

NATO, which supported the rebels in toppling Gadhafi, says it will not intervene to impose stability in Libya.

"We are not present in Libya and we have no intention to return," NATO Secretary General Anders Fogh Rasmussen told reporters in Brussels.

So it seems that the solution to conflict within Libya, if there is to be one, will have to come from Libyans themselves.

Reports of Libyan detainee torture drive Doctors Without Borders away

Allegations of torture at Libyan detention centers from two international humanitarian organizations have cast the country's transitional government in a poor light. (27.01.2012)

The deputy chief of Libya's National Transitional Council has stood down after a series of angry protests against the administration. Demonstrators say the interim body has failed to live up to expectations. (22.01.2012)

Killing, exile, or a fair trial? The Arab Spring states have treated their fallen dictators in strikingly different ways. There is no legal consensus on how the nascent states are dealing with their past. (13.01.2012)