Portugal: Controversy over German medics in private clinic | Europe| News and current affairs from around the continent | DW | 25.02.2021

Dinora Januarios says that she experienced the worst day of her life less than four weeks ago. The young nurse had just started her shift in the intensive care unit at the Hospital de Santa Maria in Lisbon, which is the biggest in the Portuguese capital. As the coordinating nurse, she was in charge of dealing with all new admissions. She recalls how terrible it was because the ambulances just kept arriving. At one point, there were 41 vehicles waiting in front of the emergency department.

"All of a sudden, it felt like we were in a war zone," she remembers. "I had to help decide at the entrance who we could still admit and who not. The people were lying there in the ambulances, without enough oxygen; they could barely breathe. It was unbearable."

The pictures of the ambulance queues went around the world, and the Portuguese government asked for help from other European countries. Germany was the first to react. At the beginning of February, the German army dispatched medics and equipment, such as ventilators. There are currently 26 German army doctors and nurses helping to treat Portuguese COVID-19 patients. The population has shown immense gratitude, and the German medics say that people have been waving at them and giving them thumbs-up signs from other cars while waiting at stoplights. 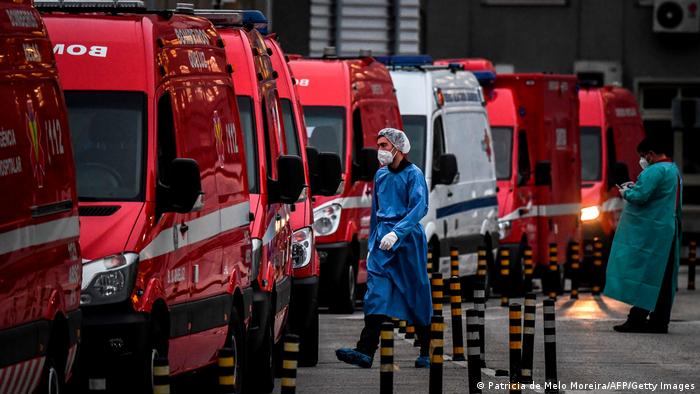 However, there has also been some criticism of the fact that they were not sent to help out in the overburdened state hospitals or at one of the makeshift clinics but to the Hospital da Luz, which is one of Portugal's best-known and most expensive private clinics.

The authorities were quick to emphasize that the medics are also treating patients from the public health care system. But all the same, the decision has triggered a debate about whether private clinics, funded mainly by expensive complementary insurance schemes, are doing enough to help fight the dire pandemic situation in the country.

The current business report by Luz Saude, the health care provider that runs the hospital, states that the company's goal continues to be to concentrate on raising turnover and improving profits despite the "unusual times." The hospital's website highlights the fact that regular services, which range from cancer treatment to beauty operations, are being maintained despite the pandemic. 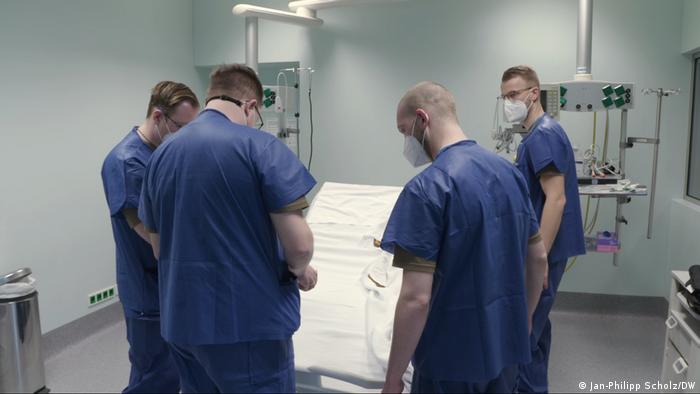 Joao Gouveia, who heads a government committee monitoring the intensive-care response to COVID-19, told DW that the private hospital was also receiving money from the government for the "use of its infrastructure." In other words, Portugal's government is having to pay to allow the German medics to help out in the hospital's intensive-care unit.

Luz Saude refused to be interviewed by DW but did provide a written statement in which it assured that the company "does not want to benefit financially from the critical phase that Portugal is experiencing."

Many Portuguese see that matter as particularly controversial because Luz Saude is part of the giant Chinese conglomerate Fosun. In recent years, Chinese investors have started taking over Portuguese health care providers and other services on a large scale, a trend that many observers find worrying.

The investigative journalist Rui Barros reported that during the first seven months of the pandemic, Luz Saude had received government contracts worth €40 million ($48.9 million) to fight COVID-19 . "It is very interesting that the three companies that received most money in this context all have close ties with China," he said. He lamented the lack of debate in Portugal and the EU as a whole what this means regarding China's political influence on Europe in the medium and long term. 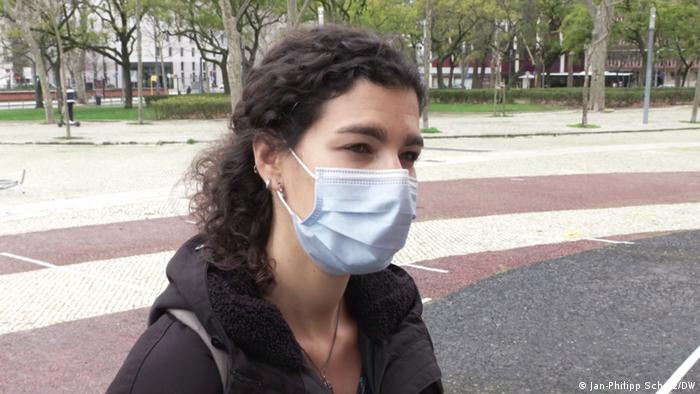 Dinora Januario is very happy about the German aid

Dinora Januario was also initially surprised that the German personnel had been sent to Hospital da Luz. However, she said that she was happy that there was any medical support from abroad at all. There are now fewer ambulances crowding her hospital and the number of new cases in Portugal has fallen over the past week.

However, she is not yet ready to breathe a sigh of relief. "The psychological impact in particular will stay with us for a very long, long while," she says.