Pope Paul VI has been beatified at a Mass in the Vatican. Although remembered widely for reaffirming the Catholic Church's ban on artificial contraception, he also left a legacy of reform. 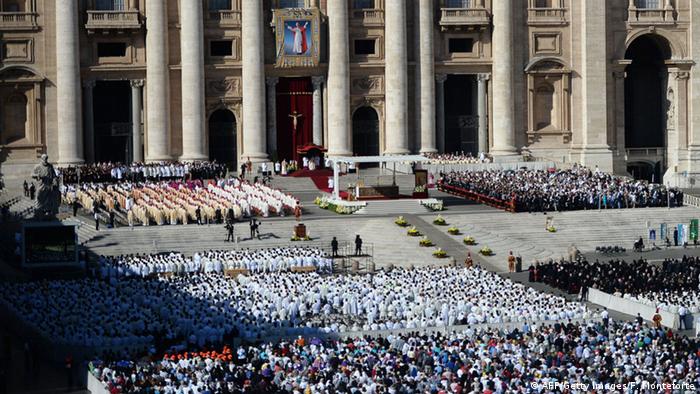 Pope Francis on Sunday elevated his predecessor Paul VI to the state of beatification, which the Catholic Church ranks as one step below sainthood.

The beatification took place at a Mass held at the conclusion of a two-week meeting at which bishops, cardinals and other senior prelates discussed Church doctrine on family issues amid changing social mores - a meeting that has drawn comparison with the Second Vatican Council over whose reforms Paul presided.

The Mass was attended by Emeritus Pope Benedict XVI, who resigned his post as pontiff in 2013 citing health problems due to advanced age.

Beatification in the Catholic Church is usually dependent on at least one miracle being attributed to the person involved. In the case of Pope Paul VI, Vatican experts consider that his intercession was responsible about 13 years ago for the cure of a baby with a serious malformation while it was still in the womb.

Paul VI, born Giovanni Battista Montini in Italy in 1897, led the Catholic Church for 15 years from 1963 to his death in 1978 as the successor to Pope John XXIII. 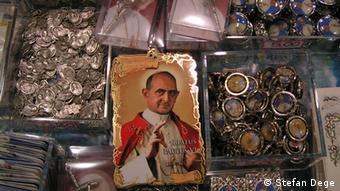 Paul left behind a controversial legacy

He was responsible for implementing the reforms that emerged from the Second Vatican Council (1962-1965), which decided, among other things, on the abolition of the Latin Mass and opened up the Catholic Church to increased dialogue with other faiths, including Judaism.

However, he has been accused by progressives of not going far enough on the path of reform, and liberals in Europe and the United States also particularly criticized him for upholding the Church's opposition to artificial contraception.

His beatification comes at the conclusion of a meeting of Catholic leaders from around the world known as the synod - an institution he himself created in 1965 - at which simliar issues were debated as at Vatican II.

For the past two weeks, 191 Church leaders have been working their way through such thorny issues as the treatment of homosexuals and remarried divorcees within the Church framework.

The meeting was unable to reach a consensus on these questions amid bitter sparring between conservative and progressive factions. Despite a draft issued last Monday that seemed to take a more tolerant view of both gays and divorcees, the final statement appeared to largely adhere to the Church's traditional stance.

However, a similar meeting in October next year is expected to see more debate.