While the Catholic Church's stance on birth control hasn't changed, Pope Francis has urged its 1.2 billion followers to practice responsible family planning and said they don't have to breed "like rabbits." 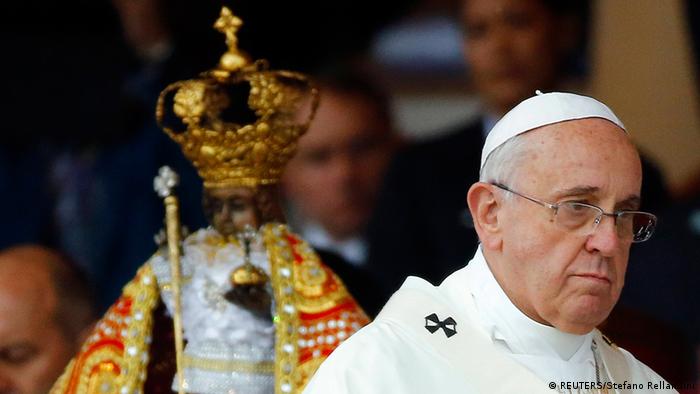 Pope Francis has spoken out on the contentious issue of birth control, following his tour of Southeast Asia, which ended with a week-long visit to the Philippines.

The Vatican's strict opposition to artificial birth control has many critics, emanating from different interest groups, including development workers, feminists and church followers themselves

While the pontiff proved unwavering on the Catholic Church's belief that interfering with a woman's menstrual cycle was wrong, he urged Catholics to rely on natural methods of family planning instead for the wellbeing of both the parents and the children.

Pope Francis referenced a conversation he had with a mother of seven - all born by Caesarean section - who was expecting her eighth child. When asked how she felt about increasing the risk of orphaning her own children, the woman responded that she trusted in God.

"That is irresponsibility!...God gave us the means to be responsible," the pope said, adding: "Some think, and excuse the term, that to be good Catholics, they must be like rabbits."

In 1968, the Vatican articulated its view in the encyclical Humanae Vitae (Latin for " Of Human Life") that artificial birth control violated the natural law of procreation and was, therefore, immoral. Its publication occurred with the advent of the birth control pill, which has since contributed to a drop of birth rates by roughly 50 percent across the globe.

Pope Francis has launched a two-week meeting at the Vatican to debate current Catholic teachings on family and sexual issues. Divisions within the Church could prevent any far-reaching reforms. (05.10.2014)