Pope Benedict XVI Apologizes for Sex Abuses by Catholic Priests | Germany | News and in-depth reporting from Berlin and beyond | DW | 19.07.2008

During his first visit to Australia as the guest of World Youth Day, Pope Benedict said Saturday, July 19 that he was "deeply sorry for the pain and suffering" of those who had been sexually abused by Catholic clergy. 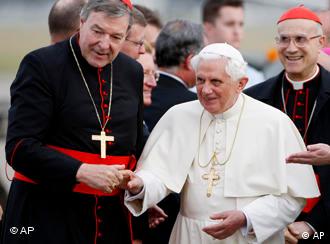 Speaking in Sydney on his first visit to Australia, the pope was responding to a chorus of calls that he offer the same condign apology in Australia that he tendered in April during his visit to the United States.

But not all were ready to accept the apology. Lobby groups for victims demanded more cash compensation and life-long care.

The 81-year-old pontiff acknowledged "the shame which we have all felt as a result of the sexual abuse of minors by some clergy and religious in this country."

Speaking at a mass with senior clergy at the cathedral where he is staying for a Catholic youth festival, Benedict said he was "deeply sorry for the pain and suffering the victims have endured, and I assure them that, as their pastor, I, too, share in their suffering."

"These misdeeds, which constitute so grave a betrayal of trust, deserve unequivocal condemnation. They have caused great pain. They have damaged the church's witness," the pope said.

The pope is in Sydney for week-long World Youth Day celebrations, which conclude Sunday with a papal mass at a city racecourse.

"In these days marked by the celebration of World Youth Day, we are reminded of how precious a treasure has been entrusted to us in our young people, and how great a part of the church's mission in this country has been dedicated to their education and care," the German-born pope said. 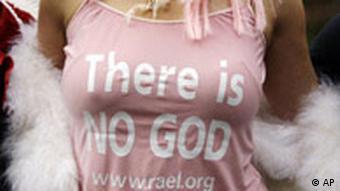 The pope's visit has brought out many protestors

"It's just a drop in a bucket -- a bucket full of tears that all of us who work with victims have been sitting with for 25 to 30 years in Australia," Last told Australian news agency AAP.

"Would he like to roll his sleeves up and come to my office and be here ... everyday on the phone and meeting with these people and their families and doing all the trauma work? That's what we need to see, those kinds of really practical social justice actions," she added.

Last week, Cardinal George Pell, leader of Australia's 5 million Catholics, reiterated his apology to a couple blighted by a sexual abuse case in Melbourne dating back to the 1980s. The couple have demanded a meeting with the pope.

Pell described as "tragic" the case of Emma Foster, who committed suicide earlier this year at the age of 26. Her sister, Katherine, who was also raped by Melbourne priest Kevin O'Donnell when she was a primary school pupil, was an alcoholic when she was rendered disabled by a drunk driver in 1999.

"I apologized to Emma in 1998," Cardinal Pell said. "I met with her parents. We offered them some financial help. We also offered them counseling. Emma availed herself of that counseling for 10 years, and we contributed substantially towards those counseling costs."

O'Connell died about 10 years ago in prison.

Bishop urges church to move on 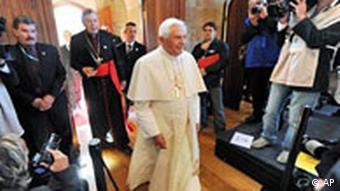 Some Catholic priests want to drop the sex abuse cases

More pressure was placed on the pope to formally apologize to victims while in Sydney when Bishop Anthony Fisher, among the chief organizers of World Youth Day, criticized those "dwelling crankily" on past cases of sexual abuse by clergy.

"I think most of Australia was enjoying, delighting in the beauty and goodness of these young people ... rather than dwelling crankily, as a few people are doing, on old wounds," he said.

"They're only words, the same thing we've been hearing for 13 years," he said. "It's simply an apology. There's nothing practical there, which is what we were looking for."

Prosecutors in Germany have opened a child-sex inquiry involving a Catholic priest, it was disclosed Thursday, just one week after Pope Benedict XVI spoke about clerical molestation during his visit to the United States. (24.04.2008)

A court in southern Germany on Thursday, March 13, heard the confession of a pedophile priest accused of sexually abusing an alter box more than 20 times. (13.03.2008)

The host of a bishops' conference in southern Germany has taken one of his peers to task for reassigning a priest with a history of sexual abuse to a new parish. He also called for more openness on this sensitive issue. (25.09.2007)