"Poor but Sexy Berlin" Offers Five-Star Hotels on the Cheap

Berlin might be broke but it continues to see the opening of lavish five-star hotels at bargain basement prices. 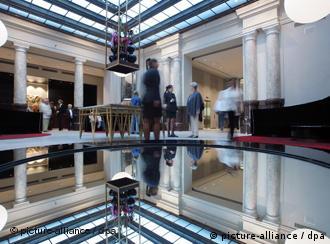 The latest luxury hotel to open in the German capital has increased competition in a sector which already offers some of the best bargains in Europe.

Guests can let themselves to be pampered in the comfort of a five-star hotel for just a fraction of the price they would have to pay in other European capitals.

A night's accommodation are some high-end hotels in Berlin can set you back 420 euros ($525), but there are many establishments which offer deluxe lodging at much lower rates. 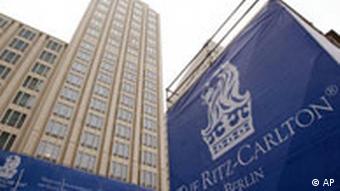 According to her, the average cost of a night's stay in Berlin five-star hotel is 127 euros ($162), while in London a night will set you back 277 euros ($352). In Paris the average is 282 euros while one will generally pay 294 euros for five-star service in Milan.

Another characteristic of Berlin is that many of the capital's four-star hotels are of the same standard as their five-star cousins in terms of service and furnishings.

But operators are reluctant to apply for the higher classification for fear of scaring off business travelers who feel such luxury would look bad on their expense accounts.

One hotel which has adopted this strategy is the Hotel Melia, which opened without fanfare earlier this month in the heart of the capital, a short walk from the historic Brandenburg Gate. 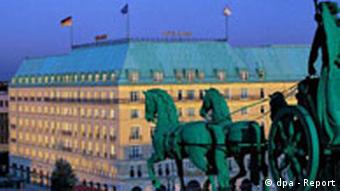 The Hotel Adlon is world famous

The oval-shaped superior standard hotel has 355 rooms, a tapas bar, steam room and fitness center among its facilities. It is located just 200 meters from other four-star accommodation like the Jolly Hotel and Maritim.

It has also become something of a prestige issue for major chains to operate a top-class hotel in Berlin.

"Investors are always on the lookout for suitable locations for a hotel," says Kompatzki.

While the central Mitte district is the preferred choice, they are also looking a bit further a field in the west of the capital. West Berlin was the location chosen by a French chain which recently opened the elegant five-star art deco style Hotel Concorde near the Zoological Garden.

Potsdamer Platz Gets a New Jewel

Art Explores the Boundaries of Hospitality

Berlin has become a center for modern art and design, and hotels are also getting in the game, blurring the boundaries between museums and hotels. (22.04.2005)