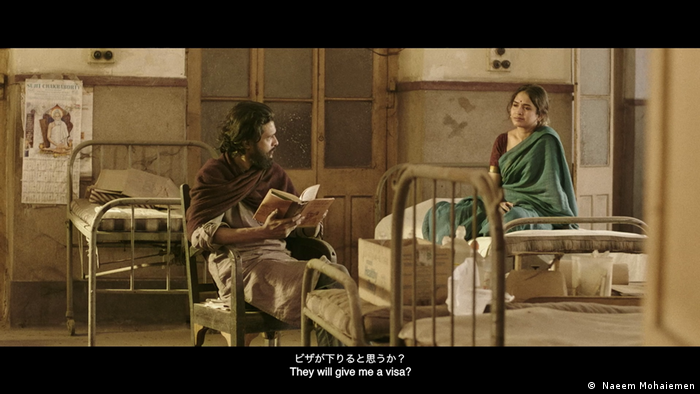 A still from "Jole": Reading and speaking function as distractions, but also as memories

The opening scenes of "Jole Dobe Na" — Bengali for "Those Who Do Not Drown" —  are apocalyptic. The camera moves slowly, visually documenting parts of an abandoned building, its doors and walls stripped of paint, until it reaches a large window that overlooks the courtyard.

A man's voice says, "What if I told you, all this never happened. We are fine and we will be fine. [That] The whole catastrophe was a dream after all? They promised, science could do everything, cure the sick, bring Lazarus back to life…"

Having lived most of the last year under COVID-induced lockdowns, these words seem to reflect our inability to grasp the "new normal" consisting of social distancing and isolation, and our collective vulnerability as humans.

But "Jole" is not about the pandemic. Its actors managed to finish filming the movie shortly before the lockdown began and COVID-19 did not really influence the movie's storyline. But in the current global context, the story raises a couple of important questions: how does one reconcile intimacy and the fear of infection, and more importantly, what happens to the caregivers of sick people who die? 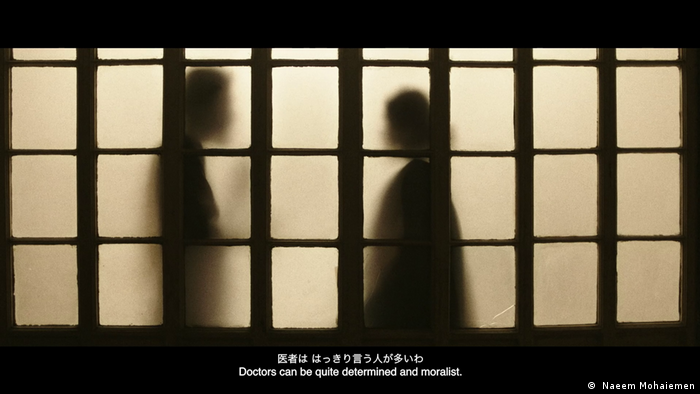 A serious diagnosis clashes with intimacy in "Jole"

Directed by Bangladeshi-British director Naeem Mohaiemen, the South Asian film is part of the Berlinale's Forum Expanded Exhibition this year. The movie was made following a prompt by the New Delhi-based artists group, Raqs Media Collective, on the modes of care and what happens to caregivers The film has been made with the support of the Yokohama Triennale 2020, Japan and the contemporary art museum, Bildmuseet in Umea, Sweden.

Set in Kolkata, "Jole" focuses around a married couple, Jyoti and Sufiya, and explores how the husband must face the consequences of caring for and losing his wife after a deadly disease.

"In this film, the location, a dilapidated, empty hospital, becomes a protagonist of sorts... [It symbolizes] a ghost of the past, imprisoned in the present," actress Kheya Chattopadhyay, who plays the role of the wife, Sufiya, in the film tells DW via email.

The film alternates between clips of the couple taking the lift to go upstairs to sit on a bench in front of the doctor's office and conversations that seem stilted at certain times, while being comfortably intimate at others. Then there is also a hint of political tension that makes an appearance in the couple's discussions at the hospital.

At one instance Sufiya complains about her name being misspelt as "Sophia," a mistake that happens because people are more welcoming towards western names than Muslim ones, she says.

In another scene, her husband reads aloud from Bangladeshi writer Syed Mujtaba Ali's short stories about immigration officials at the border between the newly-divided India and East Pakistan — today's Bangladesh. His discomfort with his past home — Dhaka — is reflected in his reading.

"The wound of the partition in 1947 will remain forever, even if you are born after it," explains Sagnik Mukherjee, who plays the role of Jyoti in the film. He refers to the partition of British India and the creation of India and Pakistan in 1947 for primarily religious reasons. The partition led to communal violence, massive casualties and migration. Muslims headed to Pakistan, while Hindus and Sikhs there made their way to India.

Jyoti's "vulnerability" is visible when he talks about Bangladesh, the actor adds. The loss of his motherland — in the form of Dhaka in Bangladesh — is juxtaposed against the imminent loss of his wife. 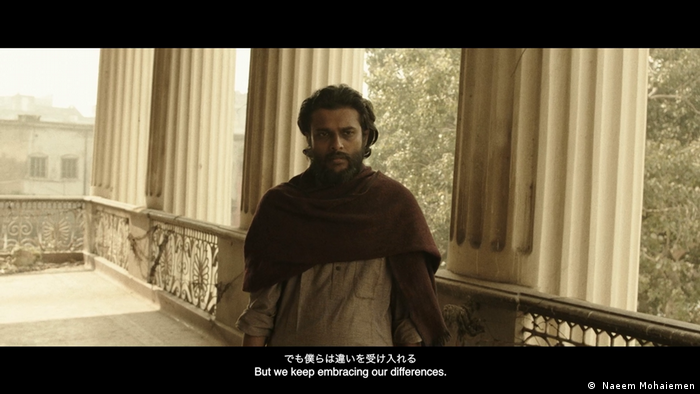 Jyoti remembers his time with his wife in the hospital

While these little incidents make up Jyoti's memories of Sufiya, as experiences they also served as deviations from the boredom of waiting at a hospital and waiting to be cured. But the disease is the one that dominates.

Every now and then, a break arrives in the form of a jarring clip showing what look like microbes on an x-ray of a human organ and a doctor speaking in a strong American accent — perhaps to denote modern medicine and the patient's inability to grasp a difficult diagnosis.

At other times, a blinking red light travels around the dilapidated structure, reminding the viewer of the illness that has not really receded to the background. Sufiya appears on a patient's stretcher, or wearing an oxygen mask, asking questions about her blood test and sometimes desperately longing for a cigarette to overcome the boredom of illness.

Ultimately, however, the disease consumes its victim: the film ends with Jyoti combing Sufiya's hair as she lies on an operating table. He must deal with the loss.