′Polonium would be hardly detectable′ | World | Breaking news and perspectives from around the globe | DW | 08.07.2012

'Polonium would be hardly detectable'

Was Yasser Arafat poisoned? Radiochemist Thomas Fanghänel doubts that polonium-210, said to have been hidden in the former Palestinian Presidents clothing, would still be detectable today. 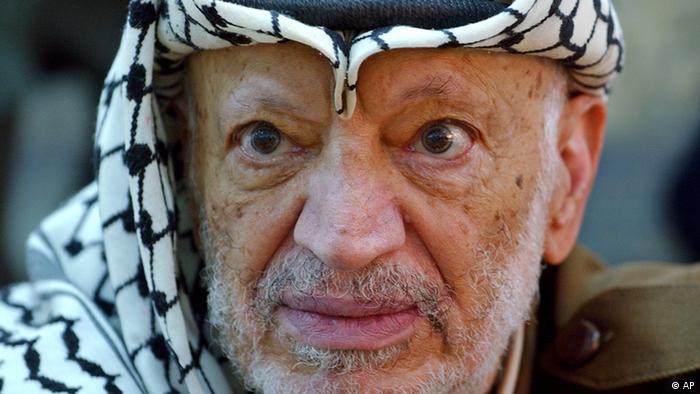 Deutsche Welle: What is so special about polonium-210, why is it so dangerous?

Thomas Fanghänel: The special quality of polonium-210 is that the 138 day half-life period is relatively short. Through the short half-life period it has a very high, significant activity. That means, that you only need a very small quantity to be able to administer a very large dose. And because it's an alpha emitter, it is relatively easy to transport.

Being an alpha emitter means that the radiation is only dangerous once it is inside the body?

Exactly. Externally, the danger is relatively low. The alpha radiation can easily be shielded by the body. But as soon as it is inside the body, it causes massive damage. It eventually leads to a loss of bodily functions, organ failure of the liver, spleen and kidneys, and finally death. 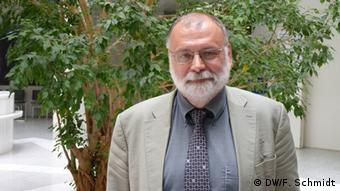 Yasser Arafat was buried in 2004, and polonium has a short half-life period. How easy would it be to detect this element in the corpse today?

Of course it all depends on how much poisonous material entered the body in the first place. But if we assume that it was a fatal dose of around 100 nanograms, I doubt that would still be detectable today.

At your institute you have special measuring devices, such as the secondary ion mass spectrometer. It allows you to find even the most minuscule of particles. Could you detect polonium using such a device?

That is also questionable because individual particles are not individual atoms. If you extrapolate that, the material which remained active after such a long period of time would be in the region of a few Becquerel. I strongly doubt the fact that even if Arafat's body is exhumed, that absolute proof could be found.

Now polonium has apparently been found on Yasser Arafat's clothing. The question then is, how could this be possible after such a long period of time?

I'm not aware of the precise results of the investigation. Because of that I can only speculate. I don't know how much polonium was detected. We shouldn't forget that polonium-210 also occurs naturally. It is present as a radionuclide in the radioactive series uranium-238. That means that polonium-210 can be found everywhere in our natural environment.

The question is this: Is the amount detected significantly higher than that which is naturally present in the environment? Due to the half-life period and the period of time which has since elapsed, I'm assuming it would be extremely difficult to prove with any certainty that this is the polonium-210 which came into contact with the clothing ten years ago.

Is it conceivable that I could find polonium-210 in my own home?

You can find polonium-210 everywhere! It's naturally present in the environment, for example in granite and in many other materials. It's a naturally occurring radionuclide, which is constantly being reproduced through the decay of uranium. And Uranium is everywhere in nature, for example in granite and even in drinking water – but of course, only extremely small traces. That's how polonium was discovered: Marie Curie chemically isolated it from uranium residue.

That would most likely be very difficult, especially if a cleaning process has already occurred. It heavily depends on which procedures were used. If accompanying elements can be found, then an attempt could be made to find the place of manufacture. But even that is anything but a trivial task with polonium.

Prof. Dr. Thomas Fanghänel is director of the Institute for Transuranium Elements (ITU) in Karlsruhe, a joint research center with the European Commission. The ITU carries out, among others things, nuclear forensic testing, but is not involved in the Arafat investigation.

Eight years after the death of Palestinian leader Yasser Arafat, new clues point to a possible poisoning - with radioactive polonium. With the approval of his widow, the PLO has agreed to exhume his body. (06.07.2012)

Palestinians will seek an autopsy of Yasser Arafat's remains after a laboratory found a lethal radioactive isotope on the former president's belongings. The developments have reignited speculation over what killed him. (04.07.2012)

Israeli military jets have struck again inside the Gaza Strip in retaliation for rockets fired into southern Israel by Palestinian militants. The raids raise doubts about a three-day-old Egyptian-brokered truce bid. (23.06.2012)