New statistics confirming the declining birth rate have sent Germany in to a state of panic, amid a growing consensus that pensions should be increased for people with children and reduced for those without. 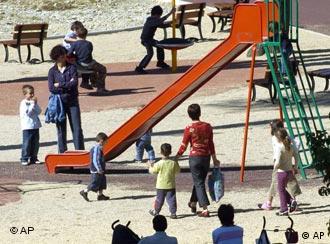 "People without children should either receive a reduced pension or pay more into pension schemes," said Norbert Geis from the CSU.

Johann Eekhoff, director of the Cologne institute for Economic Policy said a reform of the pension system was long overdue.

"People without children should never have been admitted into pension schemes because these only work when they are financed by subsequent generations," he said in an interview with mass-circulation Bild newspaper. "Their pensions should be cut by 50 percent."

CDU politician Elisabeth Winkelmeier-Becker agreed, pointing out that working parents are financially disadvantaged compared to their childless peers. "In the long-term, we need to consider awarding people without children lower pensions," she said.

The headline in Germany's mass-selling daily Bild on Wednesday said it all: "Baby Shock: We Germans are Dying Out," the paper screamed.

That might sound a bit extreme, but latest figures, based on data collected at the Federal Statistics Office, released on Tuesday have sent a chill among demographers. 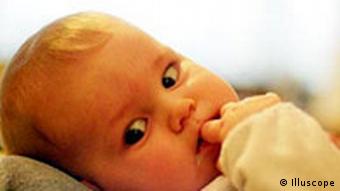 Last year, only some 676,000 children were born in Germany according to German daily Die Welt which cited forecasts by the Federal Statistics Office. That pushed the birth rate to its worst low in 15 years: in 2004, the number of newborns amounted to 706,000. That's all still significantly less than the 922,000 births in the post-war year of 1946.

"That's dramatic, we're running into a dead end," Michael Hüther, director of the Cologne-based Institute for the German Economy told the paper.

The eastern German city of Magdeburg, the capital of Saxony-Anhalt, took the dubious honor of having the lowest birth rate in the country: only some 6.9 children per 1000 inhabitants are born in the city on a yearly average.

As against that, the significantly richer city of Wiesbaden near Frankfurt, has the highest birth rate with 10.5 births per 1000 inhabitants. The western German cities of Frankfurt and Bonn followed closely, while the capital Berlin also features on spot 30 with a birthrate of 8.7.

Though the latest statistics have come as a shock, the issue is hardly new in Germany. 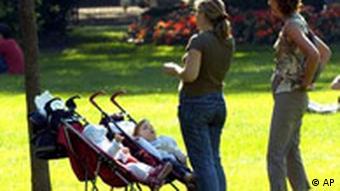 According to Eurostat, the EU statistics office, there were 8.5 births per 1000 inhabitants in Germany in 2004 -- making it the country with the lowest birth rate in the entire European Union. Countries such as France and Britain boasted birthrates -- at 12.7 and 12.0 respectively in the same year -- that exceeded German levels by more than 50 percent.

For years, politicians and demographers in Germany have warned of the dangers of a falling birth rate and ageing population. In recent months in particular, the subject has raced to the top of the political agenda and been the focus of heated debates over family-friendly and childcare policies.

The damning Pisa study on Germany's faltering education standards has also stepped up the urgency surrounding the issue. In January this year, the ruling grand coalition of conservatives and Social Democrats decided to make it easier for working mothers to continue being part of the labor market, increasing tax breaks on child care, encourage setting up full-day schools and making kindergartens cost-free.

Chancellor Merkel's family affairs minister, Ursula von der Leyen, a mother of seven children herself, has also been credited with pushing for family-friendly policies and ensuring that the issue remains in the political spotlight.

Much more to be done

But, it's obvious that more needs to be done.

On Wednesday, Johannes Singhammer, family affairs spokesman for the conservative union of the Christian Democrats and Christian Social Democrats demanded that demographic policies had to be given a high priority.

Efforts to fight the "free fall of births" had to take a place at the center of politics alongside the battle against unemployment and reining in the ballooning deficit, Singhammer added.

Adopting a New Attitude Towards Children

The trend of falling birth rates and the evolution of a society in which child raising is perceived as more of a challenge than an enchantment is visible beyond Germany’s labor wards. Adoption, too, is trailing. (Sept. 23, 2005)

Walking a fine line between cooperating in a government coalition and campaigning in state elections, Germany's Christian and Social Democrats are trying to score points by promoting better childcare opportunities. (Jan. 16, 2006)

Opinion: Learning to Think Outside the Box

Once dismissed as "nonsense" by former Chancellor Schröder, family policies have now climbed to the top of Germany's political agenda. The debate is headed in the right direction, says DW-WORLD's Uta Thofern. (Jan. 22, 2006)