The Desertec project aims to supply Europe with renewable energy from North Africa. Construction of the first solar plant is due to begin soon, but unrest in the region has put a question mark over the project's future. 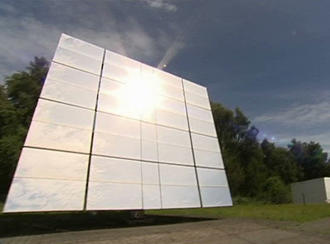 Could political unrest cause Desertec to lose its shine?

North Africa and the Middle East experience some 3,000 hours of sunshine every year - three times as much as Germany. So why not turn some of that sunshine into electricity and export it to Europe?

The Desertec initiative was hoping to achieve just that. It's an ambitious project which aims to boost development in North African countries and secure Europe's energy supply at the same time.

But as political turmoil unfolds across the region, analysts are now asking what the future holds for Desertec? Could the grand plan to generated electricity in the desert be consigned to the past before the first power station is connected to the grid? 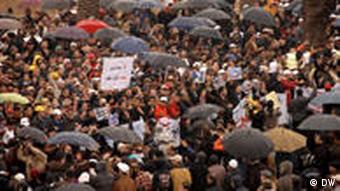 Up to 400 billion euros will be needed over the next four decades to realize the idea of sustainable electricity generation from the desert. Why invest such sums into a politically unstable region?

Paul van Son, Desertec's CEO, has had to answer this question on a daily basis lately. But he sees opportunities in the new political environment. It's now, he says, that investments need to be made.

"You can improve stability by intensifying collaboration between Europe and these countries," he said. "And that stability will benefit companies."

Now more than ever

The goal of the Desertec initiative is to build large solar power plants and wind parks in North Africa and the Middle East to satisfy a large share of local energy needs as well as 15 percent of European electricity demand.

The German government has been supporting the project from its very inception. German companies such as Deutsche Bank, Siemens, Munich Re, SCHOTT Solar as well as energy giants E.ON and RWE are all involved in the project as well. 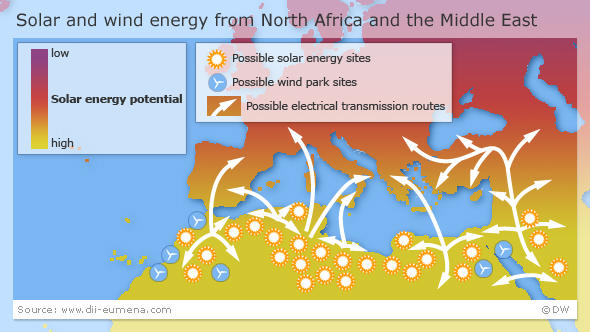 Desertec is currently planning to build a pilot facility in Morocco that would use solar thermal and photovoltaic technology to produce some 500 megawatts of electricity. Production is expected to begin within five years, with one third of the energy staying in Morocco and the other two thirds being exported to Europe.

The kingdom has also come up with its own plans to expand solar energy generation, and recently issued an invitation for bids to construct a power station near the city of Ouarzazate.

The German government has already offered Morocco its support with the project. In January this year, the Moroccan energy minister visited Berlin and according to Germany's Federal Minister for Economics, Rainer Brüderle, concrete deals were struck.

Africa and Europe grow closer together

Brüderle has made it clear that Germany will not give up the Desertec vision or pull out of the project because of the recent political instability in the region. 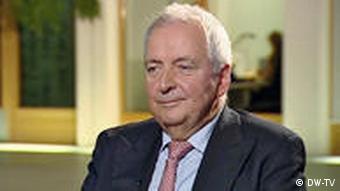 Klaus Töpfer, a former German environment minister, is now a consultant for Desertec

Brüderle called on Europe to send clear signals reminding everyone that Desertec fulfils several purposes at the same time: it could secure energy supply for Europe, boost economic development in North African countries and stabilize the region.

Transmission of electricity from North Africa to Europe remains problematic, however, with just one cable link currently in operation between Morocco and Spain. There are plans to lay another cable between Tunisia and Italy, as well as discussions to link Algeria with Europe. But many critics question the operational efficiency and the cost of maintaining such long distance transmission routes.

According to Klaus Töpfer, a former German environment minister turned Desertec consultant, the efficiency issue is manageable. He argues that China has successfully built cable links that transmit electricity over distances of more than 5,000 kilometers.

Who pays the bill?

The Desertec consortium, which involves some 50 companies from Europe and North Africa, hopes to obtain funding from both public and private sources. There is no business plan yet which could reveal how much money will have to be paid by the World Bank or the German Bank for Reconstruction (KfW) and how much private donors will contribute. 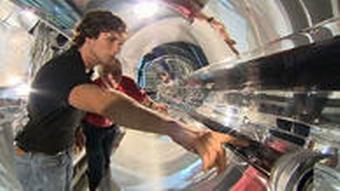 Germany is a leading producer of solar technology

One thing is clear, says Klaus Töpfer: the electricity generated in the desert cannot solely be paid for by the consumers in Europe because it's not an all-European project. "It's a project in Africa and largely for Africa, which is refinanced through the export of electricity to Europe. The project's success depends on whether or not it gets accepted there."

The project's initiators may choose to apply for European funds for renewable energy to subsidize the project. But they might be disappointed. Brüderle opposes the payment of feed-in tariffs – currently laid out in the German Renewable Energy Sources Act -- for Desertec energy fed into the German grid.

He fears such a move would overwhelm German energy consumers, who are already paying some 13 billion euros in subsidies for renewable energy sources this year alone.

A project to build giant solar power plants in North Africa has captured to the interest of "dozens" of firms who want to join the initiative, according to a newspaper report published Wednesday. (30.09.2009)

The Desertec initiative to provide solar power to Europe from Africa should take poor nations' development into account, according to the guest commentators Romy Chevallier and Matthias Ruchser. (06.08.2009)