Police have detained Brazil's ex-President Luiz Inacio Lula da Silva after raiding his properties. The searches are part of an ongoing probe into corruption at oil giant Petrobras. 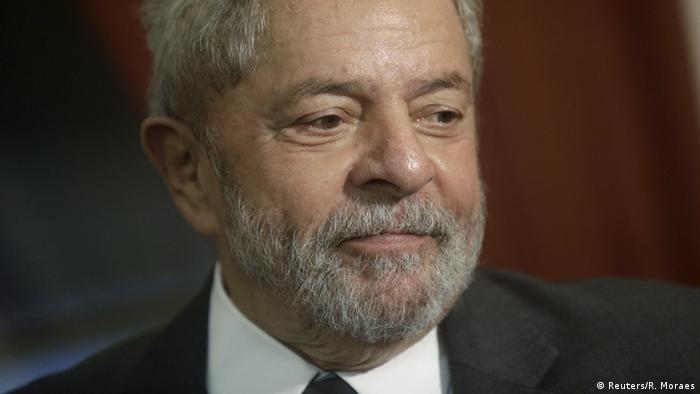 "Ex-president Lula, besides being party leader, was the one ultimately responsible for the decision on who would be the directors at Petrobrasand was one of the main beneficiaries of these crimes," a police statement said. "There is evidence that the crimes enriched him and financed electoral campaigns and the treasury of his political group."

Representatives of the ex-president have yet to comment. But Lula's foundation said in a statement that his detention was "an aggression against the rule of law and Brazilian society." The foundation, which has consistently denied any wrongdoing by Lula, called his arrest "arbitrary, illegal and unjustifiable."

Television images also showed the former president's supporters clad in red shirts exchanging chants, insults and even blows with his detractors in the street outside his home in Sao Paulo state. Police officers forced back some protesters with truncheons.

Officials told reporters that a major sweep carrying out 33 search warrants and 11 detention orders is underway but have not revealed the targets.

Silva's spokesman, Jose Crispiniano, confirmed police were at Silva's properties, including his residence in Sao Bernardo do Campo in the greater Sao Paulo area, and the Instituto Lula, his nonprofit organization.

Silva, a plainspoken former trade union leader, was among the most popular leaders in Brazilian history when he left office in 2010, handing the post to his chosen successor, Dilma Rousseff.

Prosecutors alleged that more than $2 billion (1.82 billion euros) was paid in bribes by businessmen to obtain lucrative Petrobras contracts. Investigators also have said some of the money made its way to several political parties, including 70-year-old Silva's own Workers' Party.

Brazilian police have carried out search operations across seven states amid an ongoing investigation into a kickback scandal involving state-run company Petrobras. Dozens of politicians are among those being probed. (14.07.2015)