Police in the German city of Cologne have turned out in force at demonstrations by far-right groups and their opponents. The protests come in the wake of the attacks on women on New Year's Eve. 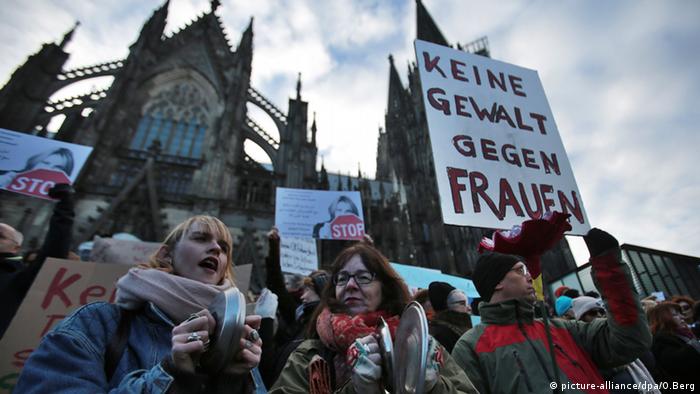 Some 1,700 police officers were deployed in Cologne's inner city on Saturday to ensure that the demonstrations were peaceful, a spokesman said.

Supporters of the North Rhine-Westphalian branch of the "anti-Islamization" organization PEGIDA originally planned to march through the city together with members of the far-right party Pro Köln. An opposing alliance of groups called for a counter-demonstration.

Several hundred far-right demonstrators had gathered behind the central train station by mid-afternoon. A police spokeswoman said some 450 of them had arrived by train from the Ruhr area.

There were eyewitness reports of some far-right protesters throwing bottles and firecrackers at police officers, who stopped the march.

Some PEGIDA supporters were calling for Chancellor Angela Merkel to step down, she said.

She said the far-right protesters outnumbered the counter-demonstrators who had also assembled near the train station.

But opponents of the far-right groups were not intimidated, she said.

"It is our job to keep the two camps separate," the police spokesman said, saying that "emotions were running very high" after the wave of sexual assaults on women in the city during New Year's Eve. 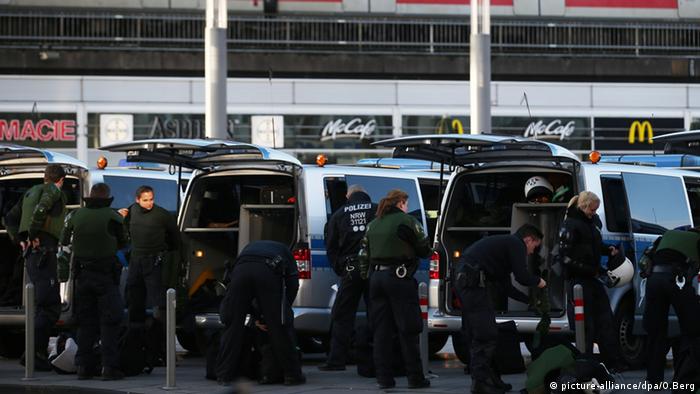 Witnesses to the attacks have said the perpetrators appeared to come from the North African and Arab region. The assaults have raised tensions and heightened xenophobia in some quarters in Germany amid a huge influx of refugees and migrants coming mostly from Africa and the Middle East.

Earlier in the day, several hundred women gathered in front of the cathedral in Cologne, situated near the central train station where the attacks mostly took place, to protest against violence to women (top photo).

They carried banners bearing slogans such as "No means no. That is our law. Keep off us," according to a reporter from AFP news agency.

The flashmob was called by women's groups on the Internet.

DPA news agency reported that some 1,000 people also demonstrated against both racism and sexism, with speakers warning against exploiting the New Year's Eve attacks to fuel xenophobic sentiment.

The Cologne police force has come under criticism for several quarters, including the interior minister, for the way it handled events on New Year's Eve. The police chief, Wolfgang Albers, was sent into provisional retirement after allegations that he had withheld information about the assaults.