German anti-terror police in Berlin have arrested a man they believe had recently completed training at an "Islamic State" camp in Syria. He had reportedly also fought alongside IS militants. 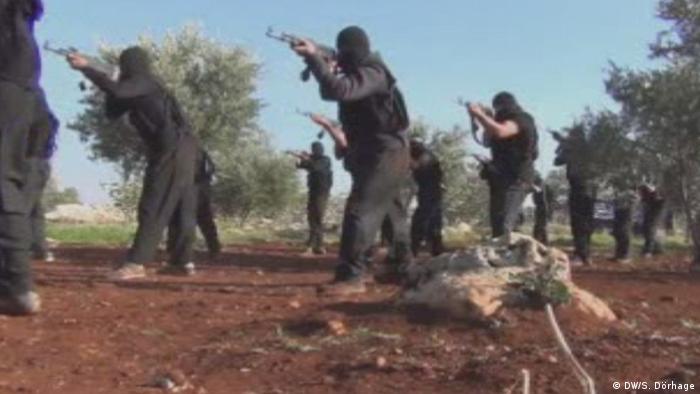 A special unit of the German police force has arrested a suspected member of the self-proclaimed Islamic State ("IS") jihadist group, the public prosecutor's office in Berlin has announced.

The man is believed to have completed weapons training in an IS camp in Syria between January and August this year. He is also suspected of fighting alongside Islamic State militants in Syria before returning to Germany.

The prosecutor's office said the 40-year-old man was a Turkish citizen who had a registered place of residence in the German capital.

Police issued an arrest warrant for the man after he returned to Germany last month and finally nabbed him on Friday. He has been charged under the section of German criminal law which deals with terrorism offences.

Under German law, anyone who visits a jihadist training camp and undergoes weapons training or explosives instruction is liable to face up to ten years in prison. The government doesn’t have to prove that the person is actually a member of a terrorist group.

The German domestic intelligence agency, der Verfassungsschutz, estimated that there are some 400 men who’ve left Germany in recent months to join Islamic State fighters in Iraq and Syria.

Aachen's state attorney is investigating an Islamist motivation behind a planned kidnapping, after four men were arrested in the western border city on September 3.

The men, three Danes and an Iraqi, had planned to kidnap a 52-year-old Egyptian man off Aachen’s streets but were arrested just hours before they carried their plan out. They are in custody under investigation for kidnapping.

The number of Syrian Kurds fleeing to Turkey ahead of advancing "Islamic State" (IS) militants continues to swell. Officials fear that hundreds of thousands may end up seeking refuge across the border. (22.09.2014)