Polish diplomats have demanded that Mattel recall a game that references "Nazi Poland." The country was subjected to a brutal occupation by Nazi Germany throughout World War II. 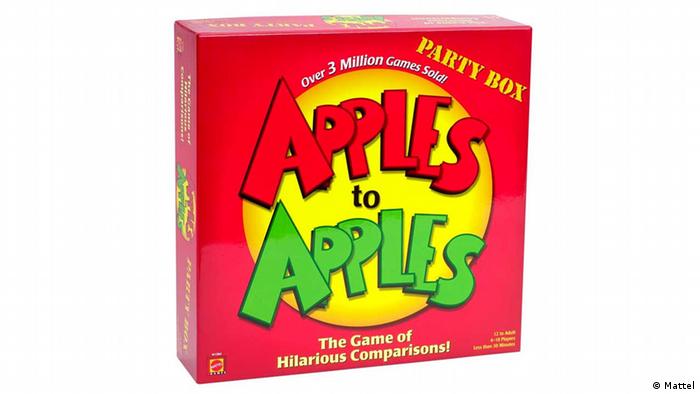 A card game from the US toy manufacturer Mattel has caused outrage for containing the phrase "Nazi Poland." In Warsaw on Friday, Foreign Minister Grzegorz Schetyna said the Polish Embassy in Washington had asked Mattel to withdraw Apples to Apples, a party game that rewards quick-thinking deception.

Officials have also called on the Twittersphere to protest Mattel through social media.

Mattel did not immediately make a public response. According to reports, the company has sold more than 3 million sets of the game.

Nazi Germany's attack and occupation of Poland in 1939 caused the outbreak of World War II - with Poland among the worst-affected countries during the 1939-1945 war. Six million of the country's citizens, including 3 million Jews exterminated by the Nazis, died in the course of the war, and Germany set up multiple death camps on territory taken from Poland, including Auschwitz, which has come to symbolize the worst atrocities of the Holocaust. Officials in Warsaw had previously campaigned to have world leaders and media not refer to the Nazi extermination centers as "Polish death camps."

Just a few days ago, James B. Comey, the director of the US Federal Bureau of Investigation, had caused outrage when he referred to Polish "accomplices" with the Nazis in a Washington Post opinion piece about the Holocaust.

"I regret linking Germany and Poland," Comey wrote in a handwritten letter of apology given to the Polish ambassador in Washington on Wednesday, the midpoint of what would become a busy week for defending Poland's honor. "The Polish state bears no responsibility for the horrors imposed by the Nazis."