Not wanting to be outdone by its richer western neighbor, Warsaw has said it plans to invest heavily in e-mobility. Europe's biggest coal guzzler could do with a PR clean-up, but how realistic is the plan? 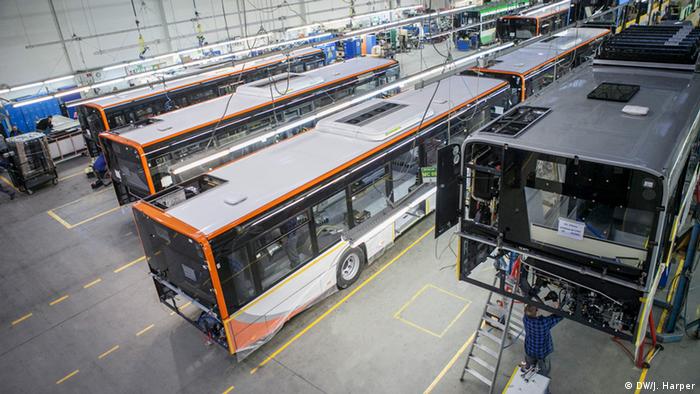 In a country of 38 million, only 427 were sold in 2015, Deputy Development Minister Jadwiga Emilewicz has said. Poland wants to encourage cities to develop "green credentials" that it believes would in turn spur bus production to 1,000 a year by 2020, she said.

The next stage will be offering citizens subsidies and tax incentives to buy them, although Emilewicz didn't name any Polish companies that would be involved in the push.

"Are we able to catch up with the western countries that have been making engines for one hundred years? Not really," Morawiecki said at a conference in Warsaw.

"However, we're able to join in and surf on the fourth wave of economic revolution that's ahead of us. This is our moment, our time."

The government is following the path paved by Tesla Motors, a US-based company that is preparing to release a mass-market $35,000 (31,000-euro) Model 3-battery-powered car, which will have a minimum 215-miles (346- kilometer) range.

The main reasons Poles - as others - are not interested in e-cars are their high prices and lack of power supply stations.

Demand for cars remains strong, however, and imports of used passenger cars may top 900,000 this year, according to consultancy Samar. Poles registered 320,000 new cars last year, it noted.

Zachary Shahan, an industry expert blogger based in Poland, says approximately 90 percent of parts for e-cars are already built in Poland (though the "10 percent" is the batteries, he added).

But salvation could take the shape of South Korea's LG Chem, which said in April it plans to build an electric vehicle battery factory in Poland to meet rising demand from European auto makers. Tesla confirmed a contract with LG Chem last year, which targeted the production of replacement batteries for the Tesla Roadster.

LG Chem has three battery plants, and they supply batteries to over 20 companies. The new factory in Poland could make LG Chem the world's largest supplier of batteries for plug-in vehicles.

The plant will be located in Wroclaw, south-west Poland. LG Chem already has a facility in Poland and expansion could also be favored by government incentives.

Meanwhile, another push could come from e-car sharing projects. 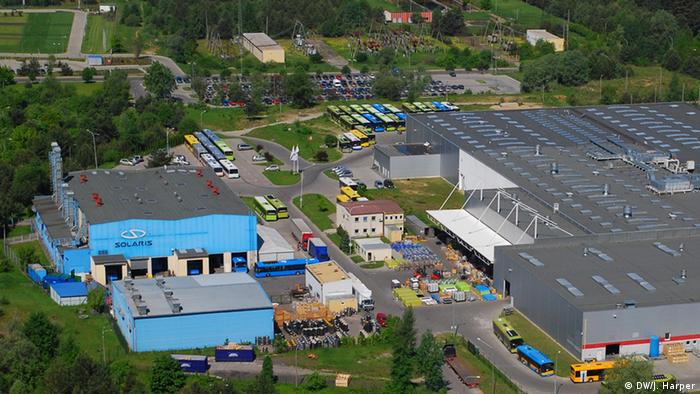 As well as electric car-sharing programs and electric car start-ups, EU funding has helped to get hundreds of EV charging stations installed in major Polish cities.

A regional environmental fund in Szczecin in north-west Poland on July 1 started to grant preferential loans for electric vehicle buyers. The interest rate on the loans is just 2 percent.

In contrast, the market of e-buses for city transport is enjoying much more favorable prospects. It's relatively easier to roll out electric city buses given their smaller range, the possibility of charging at termini and the lower price compared with conventional buses.

The e-bus project is aimed at gradual electrification of the public bus transport in selected cities and is expected to stimulate growth in the electric bus market to PLN 2.5 billion annually ($585 million).

The Energy Ministry estimated that the 4 terawatts of electricity or 2.4 percent of the country's yearly output, needed to power 1 million cars would help utilities raise sales by 2 billion zlotys a year. Bus makers would earn 2.5 billion zlotys extra from additional production.

The Ministry of Development sees the potential of manufacturers already present in Poland - particularly Solaris and Volvo - and in the future, including Ursus and Autosan.

Solaris already makes several full electric buses in Poland. It hooked up with Indian JBM Group this year also to form a joint venture to develop and distribute vehicles with alternative engines, i.e. electric and hybrid buses, on the Indian market.

The first jointly-produced fully electric bus 'Ecolife' will be rolled out in 12 to 18 months. The vehicles, which are partly based on Solaris designs, will be manufactured at JBM's production sites in India. The vehicle will be powered by lithium batteries and run 150-200 km in 10-15 hrs of city bus operation.

Polish cities have bought a total of 16 plug-in buses to date, while the country's biggest manufacturer, Solaris, made 1,279 vehicles in 2015, both electric and traditional. Cities replace about 1,000 of them each year.

However, since the nation's municipalities operate only about 11,000 buses, the government is banking on the public buying the bulk of vehicles to reach the 1 million target. Emilewicz said she hopes incentives, which would be based on those in Western Europe, will start in the current term of this parliament, which ends in 2019.