Poland, US hold controversial Middle East conference in Warsaw | World | Breaking news and perspectives from around the globe | DW | 14.02.2019

The US is seeking allies in Central and Eastern Europe, teaming up with Poland for a Middle East conference in Warsaw. Ahead of the event, expat Iranians protested the regime in Tehran. Monika Sieradzka from Warsaw. 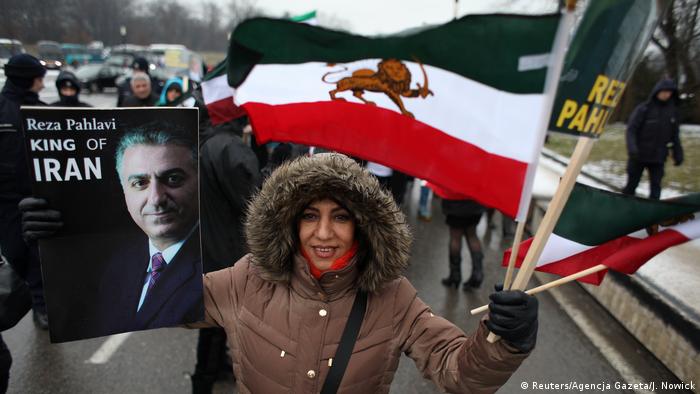 US Secretary of State Mike Pompeo struck a chord in Poland this week when he said the US had steered clear of the region for too long, leaving Russia to fill that "void."

Warsaw sees Washington as a guarantor of security in the region. The Polish government is proud to have purchased 20 US-made HIMARS rocket launchers — a deal that was struck just before the start of the conference.

As the contract was signed — in the presence of Polish and US soldiers — US Vice President Mike Pence assured Warsaw the US would "stand behind Poland."

A Middle East conference — without Iran

US support for Poland is also the reason why Warsaw is organizing the Middle East conference — inspired by the US.

Polish Foreign Minister Jacek Czaputowicz insists the conference does not focus on Iran. The official agenda includes topics such as efforts to curb rocket and missile armament, cybersecurity and the fight against terrorism.

Iran's ambassador to Poland, however, said Warsaw would have to "suffer the consequences" if those attending the conference would try to "exert pressure on Iran."

Protests against the conference

Both left-wing and right-wing nationalist groups agree that no one should debate issues concerning one country without its representatives taking part.

Robert Winnicki, a lawmaker from Poland's National Movement party, met the Iranian ambassador ahead of the conference in Warsaw. He says the Polish government is organizing "a conference dictated by the US."

On Wednesday, the leftist movement Stop the War protested at the Royal Castle in Warsaw. "We are against the submissive attitude that Poland is displaying with regard to the US," the protesters said.

"We used to have Soviet rockets stationed on our territory — why do we now have to put up with American ones? We don't want Poland to constantly be a frontier state," they complained.

Hundreds of expatriate Iranians from various European countries demonstrated against the regime in Tehran at Warsaw's National Stadium, where the conference takes place on Thursday.

The protests were organized by the Paris-based National Council of Resistance of Iran (NCRI), also known as the Mujahedeen-e-Khalq, or MEK.

The formerly armed group, which was labeled a terrorist organization by the US until 2012, sees itself as the true representative of the Iranian people and is in favor of regime change.

Shahin Gobadi, who heads NCRI's international committee, told DW that the fact that Iran had not been invited to the conference was not the problem, "since Iran is the source of all the problems in the region."

Rudy Giuliani, former mayor of New York City and personal lawyer for US President Donald Trump, was a special guest at the protests. He spoke in a personal capacity. "There is no better place to talk about freedom than Warsaw," he said, stressing that Poland had been oppressed by Russia for years.

Even though many high-ranking European politicians, among them the EU's foreign policy chief, Federica Mogherini, declined to attend the Warsaw conference, the Polish government has already hailed the event as a success, as it strengthened the trans-Atlantic bond, according to Warsaw.

A US counterintelligence agent has been charged with defecting and handing over secrets to Tehran. A US official called her actions a "betrayal of our nation's security, our military and the American people." (13.02.2019)

People flooded Tehran's Freedom Square as they celebrated the 40th anniversary of the 1979 ousting of the monarchy. Anti-US sentiment was on show with some demonstrators chanting "death to America" and burning US flags. (11.02.2019)