Poland to shut down 13 escape rooms over safety flaws

The move came after five teenage girls died in a fire while locked in an escape room in Koszalin. Authorities found that nearly three-quarters of escape rooms inspected over the weekend did not meet safety standards. 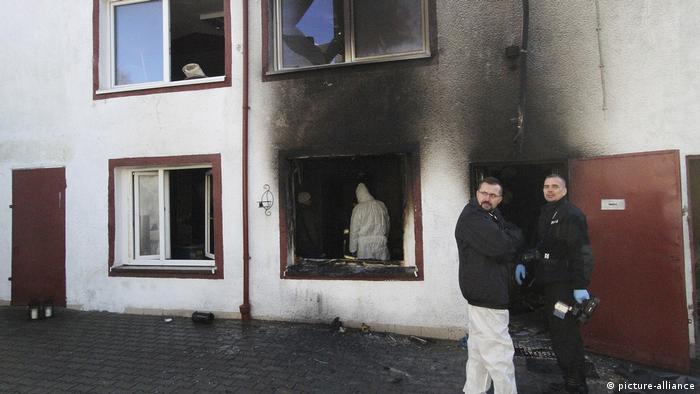 Poland will close 13 escape room entertainment sites due to safety flaws, Prime Minister Mateusz Morawiecki has said. The move came two days after a fire killed five teenage girls locked in an escape room in the north of the country.

Authorities carried out inspections at least 178 escape rooms across the country over the weekend and found that 129 of them did not meet health or safety standards. Morawiecki ordered an evaluation of around 1,100 sites nationwide and urged people to report flaws to firefighters and police.

"This was unprecedented," Morawiecki said. "Any sort of prevention is important."

Escape rooms involve locking players into a room, where they then have to solve puzzles and find clues in order to obtain a key to escape. Regarded as an intellectual challenge, the games have become increasingly popular among Polish teenagers in the past five years.

Prosecutors also on Sunday charged the 28-year-old owner of the facility where the teenagers died. The man, identified only as Milosz S., was charged with intentionally creating a fire hazard and unintentionally causing the deaths of the five girls, said prosecutor Ryszard Gasiorowski.

The heating system at the entertainment site was defective and there was no emergency evacuation route, Gasiorowski added.

Lawyers for the defendant told local media outlets their client was "devastated" by the deaths, but denied any negligence or wrongdoing.

On Friday, firefighters found the bodies of five 15-year-old girls locked inside an escape room at a private residence in the city of Koszalin after extinguishing a fire outside the room. Autopsies showed that the girls, who had been celebrating a birthday, died of carbon monoxide poisoning.

A man working at the escape room site was also hospitalized with burns.

Police chief Jaroslaw Szymczyk said others had posted negative remarks online complaining about the safety of the escape room, but authorities were never notified.

Game until you drop

Game until you drop

Police in Torrance, California, responded to calls of "shots fired" at a local gaming venue to find multiple victims. At least three people have been killed and four injured. (05.01.2019)

The founder of the company that developed the world's most successful arcade game, Pac-Man, has died. Over six decades, Masaya Nakamura turned a small entertainment company into a global conglomerate. (30.01.2017)