Poland: Ruling party chief says 'There will be no Polexit'

The head of the PiS party, Jaroslaw Kaczynski, has ruled out a Poland-European Union divorce, but nevertheless slammed the bloc's "interference" as a rift over Polish judicial reforms deepens. 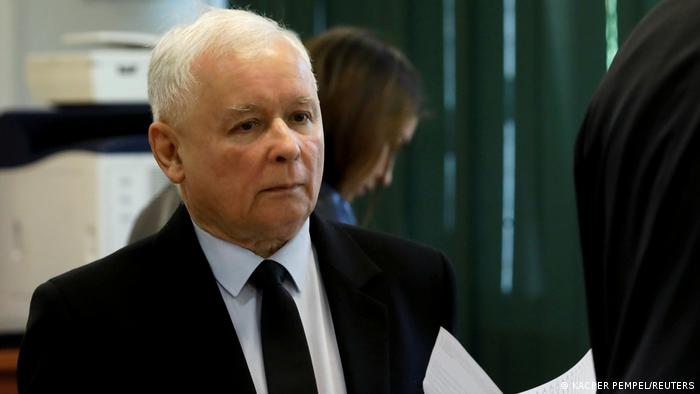 Amid rising tensions with the European Union, the leader of Poland's conservative ruling party said Wednesday that his country would remain in the bloc.

Jaroslaw Kaczynski's remarks came after senior members of his Law and Justice (PiS) party recently said that Poland could possibly leave the EU amid a rift over judicial reforms.

Although support for EU membership is high among Poles, the rift between Warsaw and Brussels has sparked fears that Poland could be on the path toward leaving the 27-member bloc.

What did Kaczynski say?

"There will be no Polexit. It's a propaganda invention that has been used many times against us,'' said Kaczynski, who is also a deputy prime minister.

"We ... see the future of Poland in the European Union.''

Still, Kaczynski slammed the EU's "interference" in a long-running dispute over Poland's judicial reforms. The European Commission recently asked the EU's top court to impose daily fines on Poland until it suspends the controversial reforms.

"Matters of justice remain the exclusive competence of member states and cannot be subject to the kind of interference that is taking place at the moment," he said.

"We want to be in the EU but at the same time we want to remain a sovereign state," he said, adding that EU treaties "are to a large extent no longer valid, or used as a pretext."

"The principle of equality of states is also being violated in a very drastic way," he continued, accusing stronger member states like Germany of "instrumentalization of the EU."

Last week, PiS deputy leader Ryszard Terlecki said that if things don't go the way Poland likes, "we will have to search for drastic solutions."

"The British showed that the dictatorship of the Brussels bureaucracy did not suit them and turned around and left," he said.

Another leading PiS member, Marek Suski, suggested Poland "will fight the Brussels occupier" just as it fought the Nazi and Soviet occupiers in the past.

"Brussels sends us overlords who are supposed to bring Poland to order, to put us on our knees, so that we might be a German state, and not a proud state of free Poles," Suski added.

Over 80 percent of Poles support EU membership, but the Law and Justice Party has halted the country's integration into the bloc. As PiS puts it, the European Union is a necessary evil — one to be handled with hostility.