Rights groups have asked the European Commission to clamp down on Poland for defying "EU values." Thousands of Polish women have gone abroad to get abortions since the ban came into effect. 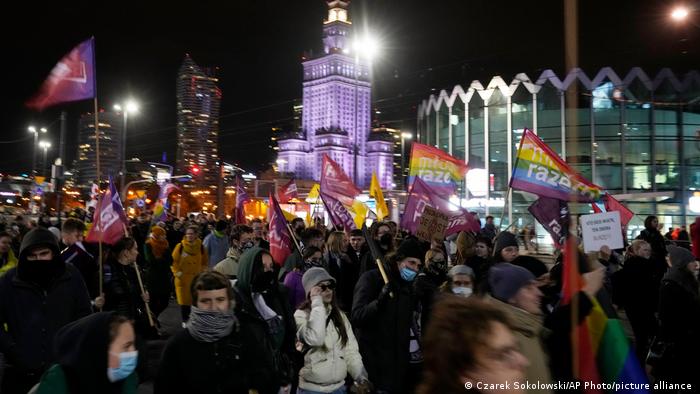 Protests across Poland on Friday marked a year since the near-total abortion ban imposed by the country's constitutional court.

Judges ruled in October 2020 abortions should be illegal except in cases of rape, incest or where the mother's life was at risk.

Friday's protests come at a time when Poland is embroiled in a high-level feud over the primacy of EU law.

As hundreds of protesters gathered in Warsaw and other cities, a women's rights group called Stajik Kobiet said on Facebook: "We defend our right to abortion, our fundamental right to decide for ourselves and our future."

A coalition of 14 rights groups including Amnesty International and Human Rights Watch earlier in the week said that "all pregnant people have faced extreme barriers to accessing legal abortions." They have even pleaded with the European Commission to deny the country funds for pushing back against "EU values."

How was abortion made illegal?

A year ago, Poland's Constitutional Court sided with the pro-Catholic populist PiS party to stop terminations over foetal defects, including Down's Syndrome. 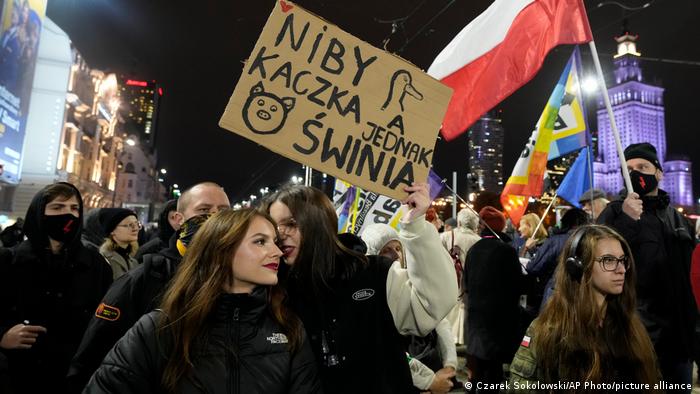 The NGO Abortions Without Borders said it has helped 34,000 Polish women get abortions abroad since the ban came into effect.