Can scientists, activists, fishermen and consumers find a way to save the ancient Danube sturgeon? Killing the appetite for wild caviar would help, say conservationists. 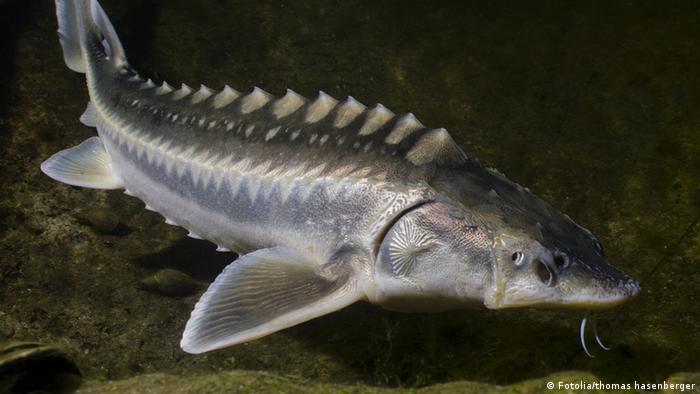 Once upon a time, giant bony fish patrolled the Danube, migrating from the Black Sea to Vienna and beyond. Big as boats when they breached the surface, they likely inspired the river monsters described in some fairy tales about Europe's second-longest river.

Sturgeons have been around in something like their present form for at least 200 million years, persisting through immense geological upheavals and extreme changes in climate. These fish are survivors. But in the last 100 years, humans have pushed them to the brink of extinction.

Dams have cut off their migration routes, and 80 percent of their spawning and feeding grounds have been diked and drained. Poachers, seeking wild caviar, are killing the remaining few.

It's long past the time to bring them back, says Thomas Friedrich. The director of the Vienna-based Life Sterlet recovery project believes the Danube is not whole without the sturgeon.

His six-year restocking effort is part of a larger last-ditch European Union initiativeto save several endangered sturgeon species in more than 1500 kilometers (932 miles) of the river, from Germany to the Black Sea, called LIFE for Danube Sturgeons. 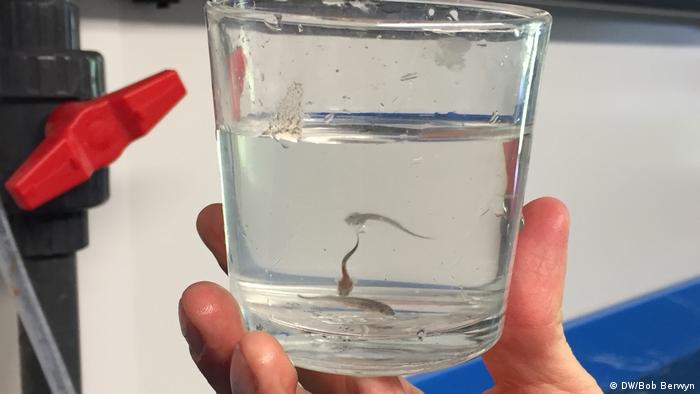 Friedrich holds up a glass of starlet hatchlings. He hopes a restocking project will revive the fish in the Danube

Walking through a container-sized portable breeding facility set up along the Danube, Friedrich checks on hatchlings wriggling in blue plastic tanks.

"They already look like sturgeons," he tells DW. "And you can see the red in their belly from eating brine shrimp."

By the end of the summer, the scientists plan to release thousands of the sterlets — a species native to the area — into different parts of the Danube. Further releases are planned for the next several years. Monitoring will show if the populations take hold.

Friedrich believes the plan could work as other species have been saved with similar measures. One thing is for sure: the release will be the highpoint of a long-held dream for him.

"The love affair with this fish started as a teenager when I was a fisherman," says Friedrich. "I saw the first one in a pet store. Then I started keeping them in fish tanks and wanted to reproduce them myself."

His fascination with sturgeon is evident as he reaches into a tank to hold one of the adults and comments on how different they are from other fish. "They're relics of another age and symbols of the connection between rivers and the ocean," he adds.

With their long snout and ridged dorsal fin, the sterlets definitely have a prehistoric aura. 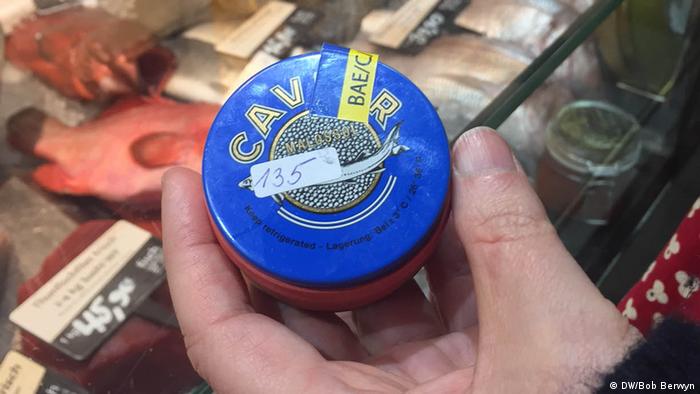 Vienna's famous food market is packed with delicacies, including farmed caviar, though sometimes vendors will claim it is the more valuable wild variety.

Jutta Jahrl is similarly passionate about saving the sturgeon. She heads the entire LIFE for Danube Sturgeons project aimed at addressing illegal poaching and curbing demand for wild caviar that threatens the sturgeons' survival — particularly in the Balkans.

The roe delicacy can command €10,000 ($11,985) per kilo largely thanks to demand among a small group of ultra-rich people in places like Moscow and New York.

"It's still shocking to me that you can find unlabeled caviar in old traditional shops,"Jahrl tells DW, as she strolls around Vienna's famed Naschmarkt, an open-air market featuring endless gourmet goodies.

That's despite efforts to enforce a strict labeling system meant to let consumers know their deluxe holiday treat comes from a sustainable source, and not from a poached wild sturgeon — there is no legal source of wild caviar.

Jahrl holds a tin of caviar at a fish stand. Even though the tin is clearly marked with a slim band showing the fish eggs come from a farm in Germany, the vendor insists it's wild Russian caviar. That's what his customers want to hear. They'll pay more if they believe it. 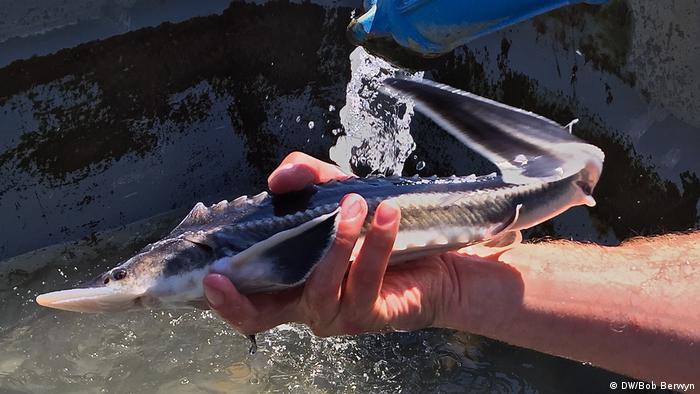 Jahrl says commercial caviar producers are well aware of labeling regulations, but retailers, who are dishonest about their products' origin, hinder efforts to make the industry transparent and accountable. Educating consumers is critical here because if there were no demand for illegal caviar, there would be no poaching, says Jahrl.

But saving sturgeon also means working with communities along the Danube in Hungary, Serbia and downstream to the Black Sea, where people have been fishing and eating the species for generations.

Eleventh century annals already document sturgeon as important food for crusaders along the upper Danube in Austria, and the fish remained an important subsistence and commercial species for centuries.

"If we don't get acceptance and support there, we won't be able to save them," says Jahrl. "We don't want to stop sturgeon fishing forever. We are working with fishermen to make sturgeon sustainable." 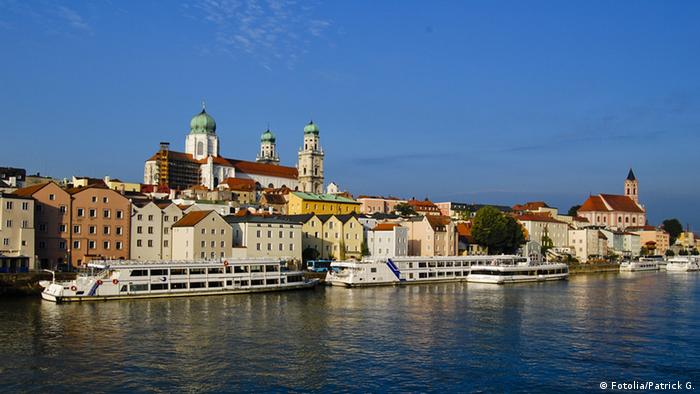 If such conservation plans are to work, they have to be focused on the interests of local communities, says Hannah Dickinson. The University of Sheffield researcher is studying the caviar trade, including sturgeon conservation and aquaculture.

There are so few fish that even a small amount of poaching will devastate the remaining populations, says Dickinson, who is based in Romania.

"I think we have momentum, things are shifting," she says. "But it's a massive social issue. You're talking about people involved in sturgeon fishing for a lifetime."

Finding the right alternatives for fishing communities can be difficult. Aquaculture, for example, isn't necessarily the best solution for traditional sturgeon fishing communities whose cultural identity is partly defined by catching wild fish. Raising them in ponds is not quite the same thing, says Dickinson.

Other ideas include sustainable sturgeon tourism and stewardship of protected areas. In Azerbaijan, the NGO Blue Marine Foundation has had success in stopping harmful fishing practices by giving local communities a stake in the fate of the sturgeon they are trying to protect. If people feel like conservation efforts benefit their communities, they are more likely to support those efforts.

"It's about ownership of the resources," says Dickinson. "That can make all the difference."