After a year of more modest shots, "Playboy" magazine has reversed its no-nudity policy and gone back to its roots. The publication is struggling with reaching younger audiences in a time when skin is everywhere. 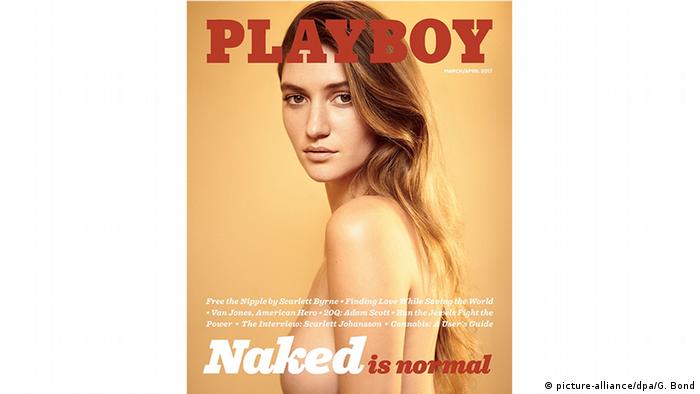 Cooper Hefner, chief creative officer of "Playboy" and the 25-year-old son of founder Hugh Hefner, called the nudity ban a mistake on Monday. "Nudity was never the problem because nudity isn't a problem," wrote Hefner. "Today we're taking our identity back and reclaiming who we are."

Former "Baywatch" star Pamela Anderson had been the last woman to pose nude for the magazine in its January/February 2016 edition. The magazine has come under pressure in recent years, with circulation dropping from around 5.6 million in 1975 to just 800,000.

Evolving views on women's equality have driven down interest in the magazine - and could prove a stumbling block to the magazine's future success. The trending hashtag #NakedIsNormal was also used to criticize the lifted nudity ban.

Nevertheless, with the modesty approach deemed a failure by the magazine, Cooper Hefner says that the current edition is a "reflection of how the brand can best connect with my generation and generations to come." Hefner replaced his 90-year-old fatheras chief creative officer last summer.

"'Playboy' and the idea of non-nudity is sort of an oxymoron," he said. "The people who grew up with 'Playboy' magazine are starting to fade away, so they will have to figure out what the millennial generation wants in the 21st century if they are going to survive."

For those who say they only read "Playboy" for the articles, the current issue also features an interview with actress Scarlett Johansson and pieces on actor Adam Scott and CNN host Van Jones.

Forget Playboy, here's where to get naked in Germany

Hugh Hefner, who turns 90 on April 9, is known for bringing us pages of nude women in lascivious poses. But in Germany, stripping down to your birthday suit isn't reserved for glamorous waifs. Anyone can do it. (07.04.2016)

Guys are changing and magazines are struggling to keep up. A new title in Germany wants to trade in machismo for meditation - but is still finding its manliness. (16.12.2016)