The New Year being the ultimate time for new leaves, I am turning one over. A plastic-free one. Yep, for the next month, I'm going to banish packaging from my life and home. And I'm dragging my kids along for the ride. 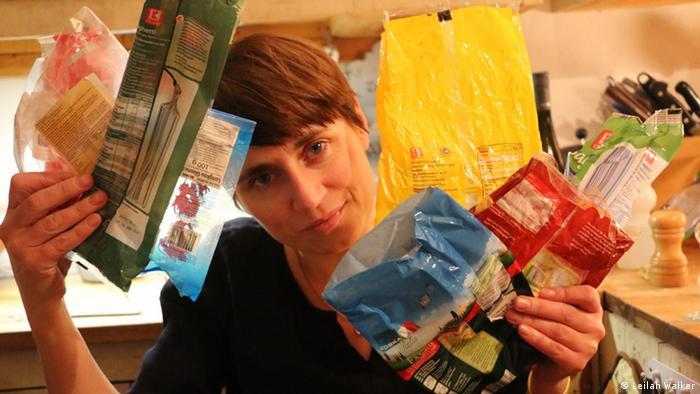 At Global Ideas we come across a lot of interesting people doing impressive things in the name of improving and ultimately saving our planet. Invariably, their endeavors make me think about all the things I could be doing, but in truth, I am not technologically savvy enough to create floors that harvest energy and my entrepreneurial spirit is too sluggish to push me to launch a brand of sustainable clothing.

But when my colleague published an interview with Lauren Singer, a young New Yorker who has generated virtually no waste in the past three years, a quick rummage through my carrier bag failed to yield any good excuses.

So, here's the plan. For the next month, I will attempt to keep myself and my five children (four at home, one who comes and goes) using products that have been spared the plastic wrap treatment. And because I spend a large chunk of my week at work, and am on a budget, I am aiming to do it without investing any more time or money than my usual grocery run would cost me. Did I hear you chuckle? I think I did. And well you might… 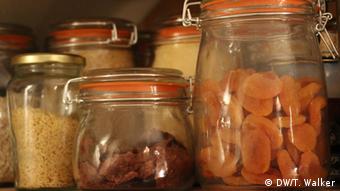 Some dried fruit and oats are not that hard to get hold of. Rice seems to be a different story

Although my "experiment" – thus named by my eldest daughter, who given my culinary skills justifiably has the jury out on the idea of homemade deodorant - officially kicked off yesterday, the past week has been a whirlwind of preparation.

Apart from the endless hours spent online trying to source the basics, I have purged my flat of all packaging and decanted what I had into glass jars, which are henceforth only to be filled with items I can source in loose or paper-wrapped form. I have also traipsed my children all over Berlin in search of items such as unwrapped cheese, tofu, shampoo and cocoa butter - a staple in recipes for the lip balm and chocolate we might, in our former lives, have bought in plastic.

Most of this foraging has seen me return empty-handed, disheartened and asking myself two questions that are as obvious as the answers elusive. Firstly, how am I going to convince a discerning sweet-toothed three-year old that my not-so-artisenal "strawberry and banana leather" tastes as good as jelly bears?

And secondly, and more importantly, why? Seriously, why is almost everything – from cucumbers in sheaths and tomatoes in absurd boxes that pop open at the worst of times, to toilet paper that is hardly destined for great things - wrapped in "protective" plastic?

Does it owe its ubiquity to its transparency? Does the fact that we can see through much of it, mean we have stopped seeing it at all and are blind to the environmental impact? Even the manifold organic food stores I have scoured over the past few days fail to offer their customers enough unpackaged produce to ensure them a balanced diet. That seems like a contradiction. And in Berlin no less, a city that prides itself on having a thumping alternative artery.

But I will not despair prematurely. It takes time to break any habit. And trying to quit the plastic one is somehow akin to giving up smoking and being told you can't have any of the things you are accustomed to unless you have a quick cigarette first. Go on, one won't hurt. What difference is one more rice packet going to make? Perhaps not much in the grand scheme of 21st century plastic waste, but if there are alternatives, why not go with them. 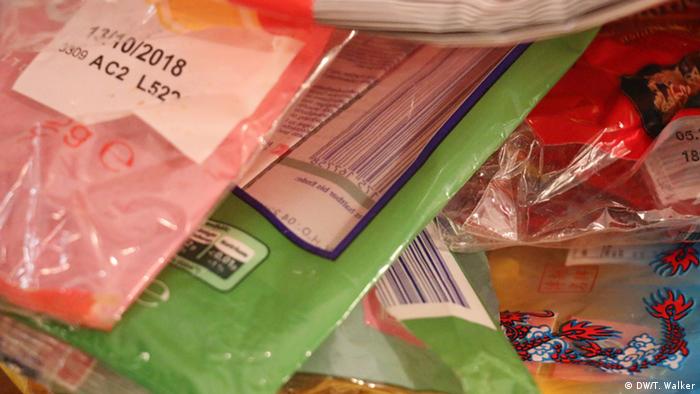 The one on every Berlin zerowaster's lips is Original Unverpackt, a shop, which as the name suggests, is entirely devoted to an unpackaged lifestyle. It stocks hundreds of products, is a brilliant idea and clearly exactly what I need. Sadly, though it was closed over the Christmas break, during which time I could have explored it at my leisure. It is now open for business again, but only at times when I am either at work or hurrying home therefrom to relieve the babysitter and cook dinner - which at my current rate of shopping success amounts to boiling veggies and making more strawberry and banana leather. Hmmm.

As soon as I have a day off, I will check out the store, but even before embarking on the journey, I know that in taking it, I will be way overspending on my time budget. It will be at least an hour and a half round trip, and that doesn't include actual shopping minutes. Add to that the fact that I don't have a car, live on the fifth floor without an elevator, and would have to cart enough to feed six people for a week - in glass jars and bottles no less – and Original Unverpackt doesn't seem like my most viable option. 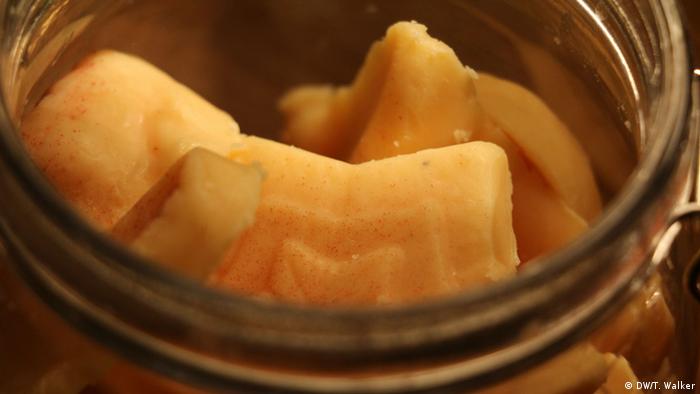 Body butter bars my kids helped me make. They are reluctant to be anywhere near them though - not keen on the smell. Next time we'll choose a different essential oil!

There is a market closer to my home, and I had planned to go there before work this morning, but the cold that has snapped over Berlin these past few days kept the traders away. I turned up to an empty market square. Maybe I will have more luck on Friday. In the meantime, I did come across a flyer for a local food assembly and will be placing my order later tonight. It will be ready for collection on Thursday, and instructions on the website tell members to bring their own containers. Music to my eyes. I should be able to get cucumber and broccoli there – two things my kids eat with happy abandon – but it doesn't solve other problems. Toilet paper, for example.

I don't want to bang on about it, but this bare necessity is absurdly hard to get hold of in any kind of environmentally friendly wrapping. Not even at Original Unverpackt. After hours of research, which turned up letters from manufacturers who say they bundle their wares in plastic packaging for hygiene reasons, I finally stumbled upon a company in Munich that sells extra large loo rolls, tied neatly with a piece of paper string. Bingo! I ordered a box of 24 rolls. For a mere 39€ plus postage and packaging (not plastic).

Yes, it is insanely expensive and it seems ludicrous to ship it hundreds of kilometers. The same applies to the 12 bamboo toothbrushes (not the cheating ones in the tweet) that set me back another 40€, but I am assured both they and the toilet paper will last for longer than their more ordinary counterparts. We'll see. I hope to be proved right, not only because my older children are starting to question my sanity, but because if the premium is too great, I am unlikely to trade my old habit for this new, plastic-free one on a more permanent basis.

For the time being, however, I am fully committed to the New Year's adventure. It feels full of potential, both in terms of doing my bit for the environment, but also, given the inadvertent side effects of decluttering and detoxifying, doing my bit for myself and my family.

To find out how I get on, follow me @TamsinkateW and if you have an environment project you would like to share, send us a mail at doingyourbit@dw.com or upload your stories, photos and videos by visiting our doingyourbit page. We look forward to hearing from you!

Trash is for Tossers