After an apparent lull in activity, pirates off the coast of Somalia have hijacked four merchant ships within one week, including two British-flagged vessels. Over 250 seamen are now held hostage. 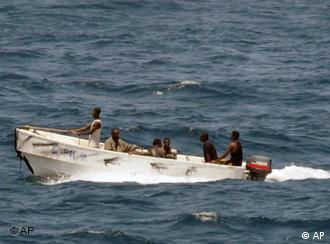 A British-flagged ship heading for the Gulf of Aden was hijacked late on Friday by pirates, the fourth such hijacking in less than six days.

"The Asian Glory," which was transporting cars from Singapore to Jeddah in Saudi Arabia, was seized about 600 miles east of the Somali coast before it could join a convoy. The ship’s payload can be up to 4,000 cars.

Commander John Harbour, a spokesperson for NavFor, the European Union's counter-piracy force, said that the ship was well outside NavFor's area of operation when it was overpowered.

The waters around Somalia are among the most dangerous in the world.

Another British-flagged ship, the chemical tanker "St James Park," was seized on Monday in the Gulf of Aden. London-based Zodiac Maritime Agencies manage both ships but the company says there is no other connection between the hijackings which it described as a case of lightning striking the same place twice.

Also on Monday, the Greek-owned carrier "Navios Apollon" was seized by pirates. And on Wednesday, pirates hijacked the "M/V Pramoni," a Singapore-flagged chemical tanker, heading to India across the Gulf of Aden

The pirates are now holding some 12 merchant ships. The number of seamen held hostages is thought to be around 260. They include a British couple, Paul and Rachel Chandler, who were seized with their yacht as they were sailing to Tanzania. 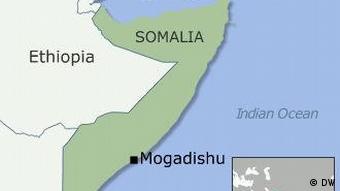 Although the location of the seized vessels is well known, they can all be seen anchored off the Somali coast, experts say it would be impossible to liberate the hostages without severe loss of life.

"If the pirates are already on board, then there is not much that we can do - if you value the lives of the hostages," Commander Pieter Bindt, head of the EU's anti-piracy taskforce, NavFor, said.

In the past, heavy ransoms amounting to millions have been paid for hijacked ships.

But it's believed the ransoms have merely encouraged the pirates, enabling them to equip themselves with faster boats, better guns and state-of-the-art tracking technology.