Yet again, two works by Edvard Munch have been reported stolen, but by now, that's practically become old hat. An art detective agency explains why Munch thefts get so much attention, and how they can be found again. 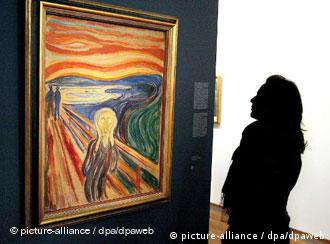 Within the last week, two works by renowned Norwegian painter Edvard Munch have been reported stolen in Oslo. On November 12, thieves broke the glass of a gallery window to steal a Munch lithograph valued at 240,000 euros ($360,000). Thursday, a police spokesperson announced that another lithograph valued at 300,000 euros had disappeared during the gallery's move to a new location last summer.

These crimes follow the much reported thefts in 2004 and 1994 of Munch works, including two versions of "The Scream" and his "Madonna."

Deutsche Welle: In the last fifteen years, there have been multiple high-profile thefts of Munch's work. Is he the most stolen artist in recent times?

But Munch has gotten so much media attention partly because the works command such high prices and because he is arguably the most famous Norwegian artist.

We know that galleries have alarm systems, surveillance cameras and security personnel. Are there measures that galleries take to prevent theft that the public may not notice, and are the galleries doing all that they should be?

Yes, I very much think the galleries are already doing all that they can. A major concern for galleries is maintaining their insurance against theft. To be insured, galleries must have a webcast system in place and a direct link to the police, but they can't do much more than that. 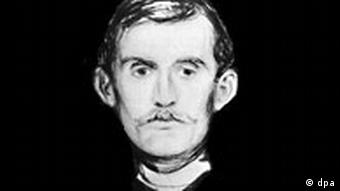 What are the first steps that your office takes when pieces are reported missing?

We have a scanning process in place where we can check all items on sale in the open market auction houses, sales auction houses, and the trade against our database of missing items.

If we make a match, then we get in touch with the original victim and, if it is a criminal case, we contact the police. We also contact the seller and ask them to hold the item because they have an obligation not to give it to any new parties until the matter is resolved.

What is the approximate rate of success when attempting to recover stolen works of art?

However, the chance of recovery increases in a couple of decades after an initial quiet period.

What explains this quiet period? Do the paintings circulate initially on the black market, making them more difficult to track?

Yes, after decades have passed, the works have changed hands so many times that people may no longer realize they were stolen, or people may just assume the crimes will have been forgotten.

Art thieves and traffickers have another hurdle to cross now that international police organization Interpol has put its database of stolen artworks online, making it available to the public. (21.08.2009)

Art detective - what sounds like something from an action film is a real-life profession for 28-year-old Victorine Stille from Cologne. She tracks down everything from Van Goghs to James Bond's 1963 Aston Martin. (03.05.2009)