The Philippines has signed a peace accord with the nation's largest separatist group, ending decades of conflict. Under the deal, the country's Muslim population is to receive a semi-autonomous region. 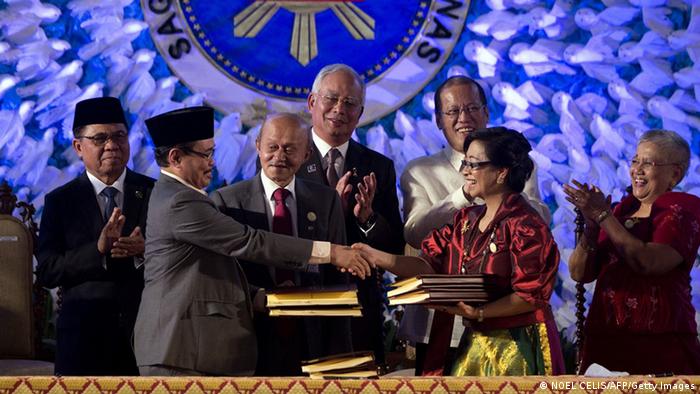 "With this agreement the legitimate aspirations of the Bangsamoro and the commitment of the government of the Philippines to recognize those aspirations are now sealed," Ebrahim said.

President Aquino called the plan "a path that can lead to a permanent change in Muslim Mindanao."

The peace agreement foresees the creation of an autonomous region for the Muslim population to be located in the southern Mindanao region. It will have a power-sharing agreement with the central government, allowing its own leadership to control most of its own natural resources and revenues. Elections are to be held there by mid-2016.

Ahead of the signing on Thursday, President Aquino's advisor praised the decision, which ends roughly 17 years of negotiations.

"It is important, it is historic. It is going to be a major contribution for the peace and development of the entire country," presidential advisor Teresita Deles said. "Never have we had the overwhelming domestic and political capital to make this peace deal endure with stability and permanence that we do today."

In the late 1960s, the Communist Party of the Philippines alongside the New People's Army began waging a guerrilla war against the predominantly Catholic government in Manila. Decades of fighting left tens of thousands of people dead. The conflict has also led to the impoverishment of Mindanao and fostered corruption in the region.