Several hundred Philippine mothers have nursed their babies in public at a government-backed event. The campaign aims to get more mothers to start giving their children breast milk instead of formula for health reasons. 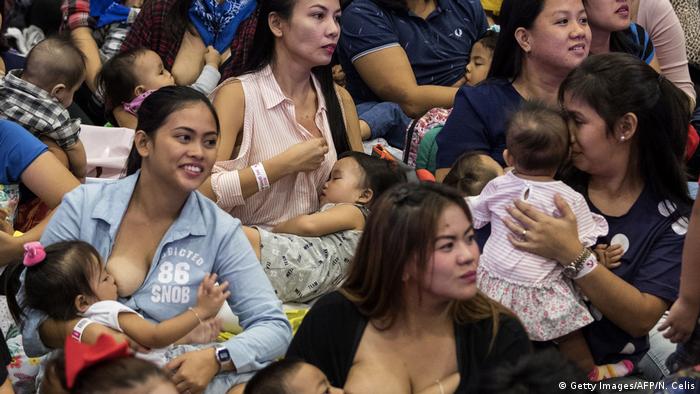 Some 1,500 Philippine women on Sunday nursed their babies publicly in a stadium in the capital, Manila, as part of a government campaign to promote breastfeeding as a way of combating child illness and death.

Sixty-one other mass breastfeeding events took place in other Philippine cities over the weekend, according to the organizer, Rose Padua.

The events took place as part of World Breastfeeding Week from 1 to 7 August, 2018, which is coordinated by a number of international health organizations to encourage women the world over to bring their babies up on mothers' milk from the first hours after being born.

The United Nations, whose children's agency UNICEF is one of the groups behind the week, says that an estimated 78 million newborns are at a higher risk of death each year because they are not breastfed right after birth.

Together with the World Health Organization (WHO), it has urged governments to provide better support to mothers and health workers after birth and to restrict the marketing of infant formula, which can be harmful to young children.

Read more: Trump lashes out at NYT over report that US opposed breastfeeding resolution 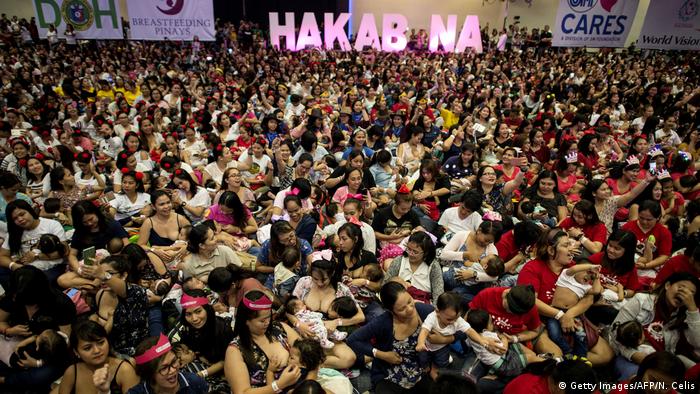 The nursing took place to the beat of dance music

Delaying breastfeeding between two and 23 hours after birth increases the risk of death by a third, studies say.

According to WHO data, 27 children out of every thousand died before the age of five in the Philippines in 2016.

World Breastfeeding Week was founded in 1992 by the World Alliance for Breastfeeding Action (WABA). It is now celebrated in more than 170 countries.