Filipinos have said farewell to former leader Benigno Aquino, who defended democracy and stood up to China in territorial disputes. He died earlier this week at the age of 61. 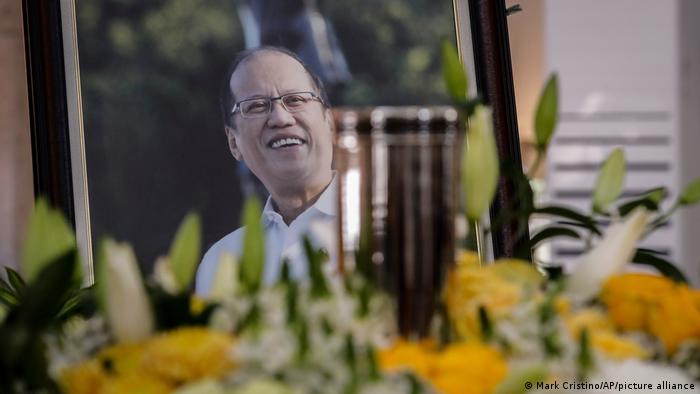 Former Philippine President Benigno Aquino was buried Saturday in a Manila cemetery, beside his parents, two of the country's democracy icons.

Thousands of people queued for his funeral and mass burial. Aquino's remains were cremated on Thursday.

The military gave a 21-gun salute and a helicopter rained down yellow flowers, the color associated with the Aquino family and the 1986 revolution that toppled dictator Ferdinand Marcos. 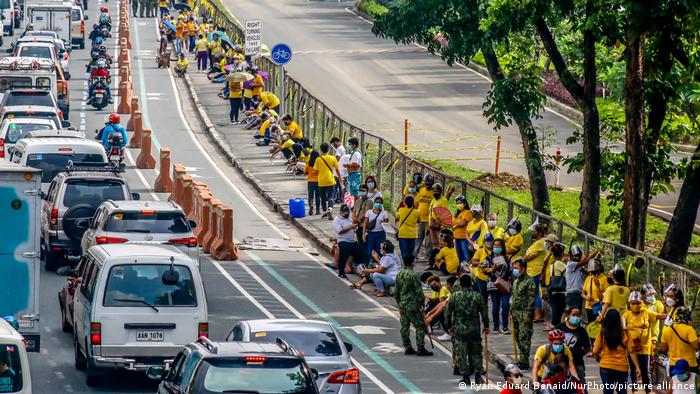 Aquino's supporters lined the streets of Manila to pay their respects

"To the man we were so blessed to have as our brother, we will forever be proud of you, thank you, long for you and love you," Maria Elena Aquino-Cruz, Aquino's sister, said at the funeral mass.

Aquino's urn was carried in convoy to a private cemetery. His family did not want him or his parents buried at the national Heroes' Cemetery, where past presidents, including Marcos, were laid to rest.

During the Mass, Archbishop Socrates Villegas praised Aquino for living up to an image of a humble and incorruptible politician who detested the trappings of power.

"The best eulogy tribute we can pay to our dear President Noynoy is to bring back, recover, preserve, safeguard and never again to compromise our dignity as a people and the decency of our leaders as servants, not bosses," Villegas said, using another common name for the former leader.

"The flags at half-mast are not only for the dead president but for the dying decent governance," he added. 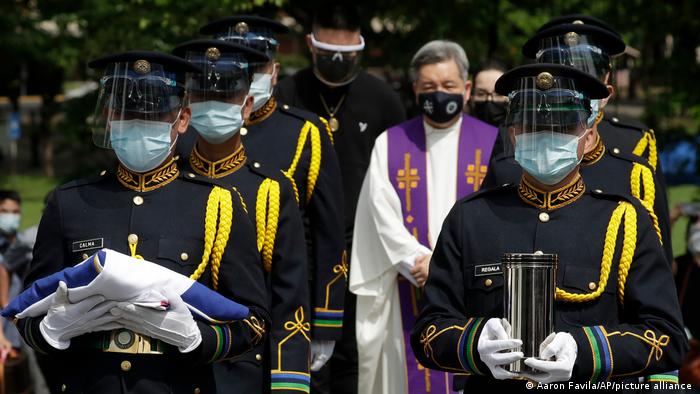 Villegas' remarks came as an oblique criticism of the current populist president, Rodrigo Duterte, who has drawn criticism from the Catholic Church and rights group for his bloody war on drugs.

Duterte had ridiculed the opposition Aquino was associated with. But he called for the outpouring of sympathy for Aquino to be turned into an "opportunity to unite in prayer and set aside our differences."

"His memory and his family's legacy of offering their lives for the cause of democracy will forever remain etched in our hearts,'' Duterte said.

Duterte did not attend the funeral.

US President Joe Biden described Aquino as a "valued friend and partner to the United States'' who served his country "with integrity and selfless dedication."

"President Aquino's steadfast commitment to advancing peace, upholding the rule of law and driving economic growth for all Filipinos, while taking bold steps to promote the rules-based international order, leaves a remarkable legacy at home and abroad that will endure for years to come,'' Biden said in a statement.

He was the only son of the late former President Corazon Aquino and her assassinated husband, Senator Benigno "Ninoy" Aquino.

After the death of his mother in 2009, Aquino came to power with broad public support.

In his term, Aquino ushered in economic reforms and filed a landmark arbitration case against China over the disputed South China Sea.