Pharmaceutical Firm to Hike Thalidomide Compensation | Germany| News and in-depth reporting from Berlin and beyond | DW | 08.05.2008

Aachen-based pharmaceuticals company Gruenenthal announced Thursday, May 8, that it would be paying an extra 50 million euros ($76 million) into the trust fund it set up in the 1970s to compensate Thalidomide victims. 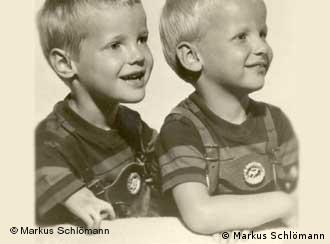 Launched on the market in October 1957, the sedative caused an estimated 10,000 unborn children around the world to develop without full arms, legs and other organs.

The children were born disabled after their mothers took the drug as a remedy for morning sickness. The over-the-counter remedy was taken off the market in 1961 and better drug regulation introduced round the globe.

Government left in the lurch

Victims say that as they near the age of 50 and their parents die off, they need extra help to relieve sore joints and compensate for a life of poor earnings.

Until now, the 2,870 victims in Germany have received a stipend of up to 545 euros monthly, depending on their degree of disability, from the fund set up by Gruenenthal and the German government. The company contributed some 55 million euros, the government 100 million.

However, Gruenenthal's share has been used up by 1997, leaving the government solely responsible.

After a recent public outcry against the limited help for aging thalidomide victims, the country's ruling coalition parties agreed in February to double the monthly stipend paid to people disabled by the drug.

German victims have demanded a tripling of the stipend, saying victims in Britain and elsewhere were compensated better. Spanish victims have only recently begun a legal fight for compensation.

Support for Thalidomide Victims to Double

Fifty years after thalidomide was launched by the Gruenenthal company, Germany is to double the monthly stipend paid to the people left disabled by the drug, which pregnant women took against morning sickness. (28.02.2008)

After a protracted legal battle, producers of a drama about Germany's thalidomide disaster from 1958-1962 won the right to air their two-part film on prime time television. (12.11.2007)