Borussia Dortmund have fired Peter Bosz after 167 days in charge at Signal Iduna Park. The club have swiftly replaced Bosz with Peter Stöger, who was fired as Cologne coach last week. 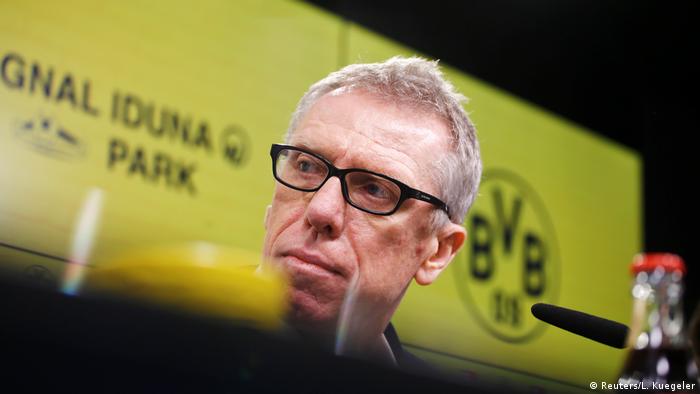 Borussia Dortmund have made the shock decision to replace Peter Bosz with Peter Stöger, who was himself recently fired by the Bundesliga's bottom club, Cologne.

Bosz, 54, was fired after just 167 days in charge as Dortmund's 2-1 defeat at home to Werder Bremen on Saturday left them winless in their last eight league games.

Dortmund have given Stöger, 51, a contract until the end of the season, a week after he was released by Cologne.

-  The numbers that added up to Bosz's sacking

"I'm delighted to be able to be coach of this team and in this stadium," said Stöger, who joined Cologne in 2013 and led it to promotion from the second division in his first season.

Bosz's last game in charge of Dortmund was Saturday's 2-1 defeat at home to relegation-threatened Werder Bremen, a loss that stretched the side's winless run to eight games in the league.

"We decided yesterday evening in a talk with Peter Bosz that we're letting him go with immediate effect," Dortmund chief executive Hans-Joachim Watzke said. "It was emotional."

Bosz was appointed in June as successor to Thomas Tuchel and led Dortmund to the top of the table after a flying start. But things have fallen apart as the team have won just one in 13 in all competitions and are without a Bundesliga win in eight.

They were also eliminated from the Champions League without winning a game.