Peter Limbourg: 'We are the voice of all of Germany'

Deutsche Welle has 65 years of eventful history to look back on but continues to face challenges. Peter Limbourg explains why Germany has to keep expanding its media presence across the globe. 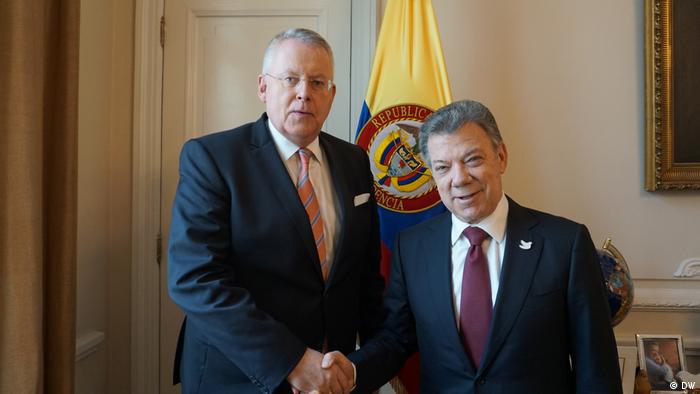 Q: What is the greatest challenge for an international media organization today compared to the past?

Deutsche Welle has always served numerous purposes throughout its history. In the early days, we had to be a voice from home for Germans who were far away from their country and wanted to receive reliable news from Germany. Nowadays, DW is an international broadcaster operating in 30 languages across all platforms, from radio to TV to online news and social media. Of course we will continue to deliver a comprehensive image on the things that Germany represents. However, our programming today is aimed much more directly at our audiences across the world than it used to. We want to engage in a dialogue with them. A lot has happened in the past few years to that end. Co-productions with our international partners are now at the heart of our work, building on our approach to keep both our audiences and partners involved. Our content is heavily based on what is relevant to our target groups.

Q: How much independence does DW have in pursuing its agenda? 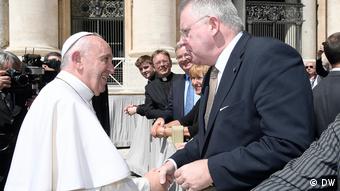 Our great strength lies in our ability to work independently and that we're free from any kind of state control. We are a news organization that is comfortable in dealing with both the government and the opposition in Germany and that is keen to involve all parts of society. As opposed to many other state broadcasters, we are not the mouthpiece of the government. We are the voice of all of Germany. That's what sets us apart. What we offer is journalism, not PR. We try to do the same in our target markets, where our reporting aims to give the government and its opposition equal coverage.

Q: Deutsche Welle is funded by German taxpayers’ money. What benefits do taxpayers reap from DW's programming when they can't even access its broadcasts in Germany?

The country’s success is held in high esteem internationally. The economy is largely dependent on its exports so it is truly open to the rest of the world and in fact its success grows the more open Germany is. One way of expressing that openness is by painting a realistic portrait about Germany and Europe, and making our uncensored content available to people living in difficult regions. It is important to share the values enshrined in our constitution - the Grundgesetz - such as tolerance, freedom, democracy and social justice. In many countries, these values are under threat. When certain regions suffer from terrorism and war or famines because of bad governance, we are ultimately all afflicted. This also happens when people are exposed to nothing but propaganda.
German taxpayers have a vested interest in living in a peaceful and just world. DW contributes to reaching these goals by informing people that Germany would otherwise not be able to reach.

Q: DW faces an ever-growing number of journalistic challenges. What are the reasons why our financial endowment should be improved? 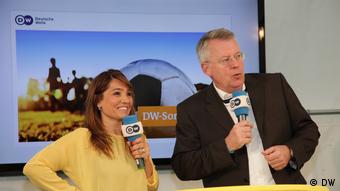 We have proven in the past that we know how to achieve maximum effect within our given means while still successfully exploring new things, not only in terms of our global reach but also when it comes to innovation and our commitment to digitalization within DW. In certain regions, we are very popular including in the Arab world, in Latin America and in parts of Africa. We can still improve a great deal and are committed to this. Our Russian and Ukrainian services reacted swiftly to the annexation of Crimea, reporting in great depth and delivering objective information into that region. Examples like these serve as proof of DW's success. Our journalists know their trade. We are good at what we do and we will continue to do our jobs as the need and demand for objective reporting continue to grow.

"The need and demand for objective reporting continue to grow"

It's in our best interest to meet this demand. This is why I'm convinced that we can still attract many more users. It is our mandate to deliver answers to the big issues of our times: war, terrorism, migration and propaganda. We are doing our part to address these concerns and are also hoping to work closer with our European partners in France and the UK to that end. Considering the fact that freedom and democracy are facing increasingly serious threats with autocracy and dictatorship on the rise, we need to continue to deliver a counterbalance as a news organization.

Q: Countries like China, Iran as well as a number of African nations continue to actively block DW's journalistic content. Is this also a badge of honor for you, when foreign regimes try to disable DW's broadcasts and online content? 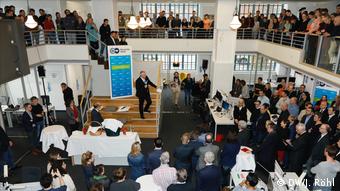 Inauguration of the DW newsroom in Berlin

One could regard it as a badge of honor, but in my view it's actually quite shameful that these countries have such low self-esteem that they have to censor critical voices. It's a sign of their weakness. These countries are trying to prevent their people from having objective information about democracy and human rights as well as press freedom. We're absolutely convinced that in the long run, our persistence in delivering objecting information will pay out in the markets that currently block out content. In some of those regions, we're actually very successful as people take matters into their own hands and seek solutions to work around such blockades by utilizing specific software. That being said, it is also my opinion that our government needs to treat these efforts to actively block such information as a hostile act during any diplomatic dealings with these countries.

Q: What do you wish DW on its 65th birthday?

We have great support from most leaders in government. I would like for Deutsche Welle to continue to enjoy such strong backing and to be guaranteed future perspectives as a sign of goodwill toward our employees who are all doing such amazing work.