When Kenyan Sam Dindi plucked up the courage to write to Sir Richard Branson for advice on promoting his conservation blog, he had no idea how successful his environmental education program would become. Finding the courage to write an email to billionaire and founder of Virgin Group, Sir Richard Branson, to ask him the best way to promote my blog on environmental conservation sparked my education initiative that aims to help young people at school to embrace and appreciate the biodiversity around them.

We started off with the first school in Nairobi with a budget of just two dollars to buy a book and a pen to help to document all that would transpire during out meeting with the students.

Walking, with an empty stomach under the scorching sun to reach out to different schools turned to be the easy part, for what awaited us in terms of convincing school authorities was something else again.

They displayed reservations towards the initiative because we were not dressed in suits and had not arrived in off-road vehicles. Furthermore the concept was so foreign and we lacked the backing of powerful NGOs or the government that might have made us tantalizing. 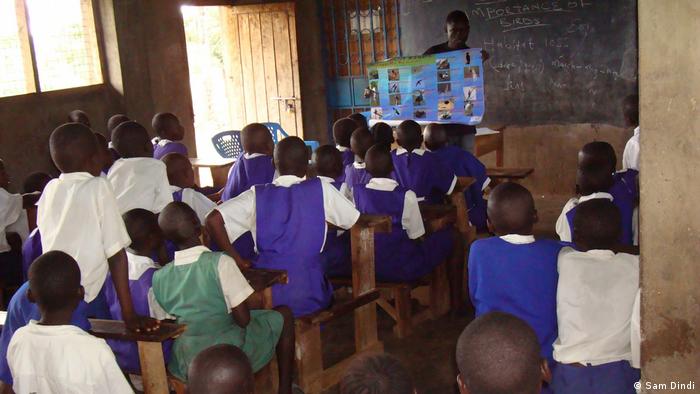 Over the past years, Sam has moved around the country gathering interest and followers

But our tenacity eventually paid off, as one by one, school administrators started to accept the initiative. By 2014 we were working with primary and secondary schools as well as with universities. Most importantly we received a permit from the Ministry of Education to conduct environment education awareness in institutions.

Hard work and persistence pays off

In 2012, ten students joined our then newly formed environment club. It has since grown exponentially, and we are now working with almost 10,000 students and many teachers across Kenya, making them agents of change for conservation.

The school and community groups we visited often asked for reading materials, which prompted us to develop an environment themed magazine titled Mazingira Yetu which is Swahili for "our environment". The first issue came out in November 2012.

Publications and journals on environmental issues are rare in Kenya where the internet remains expensive many. The magazine targeted students, but as it grew we had to cater for everyone including policy makers.

The magazine is now in its 13th issue and is produced on a quarterly basis both in hard and soft copy. It has helped network and showcase many initiatives and individuals across Africa. 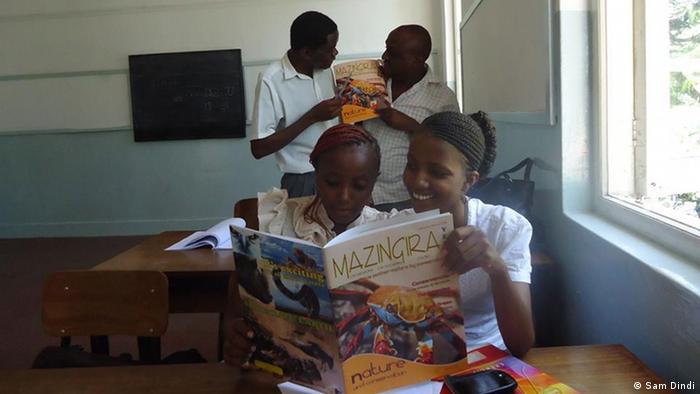 Sam's Mazingira has taken on a life of its own

We are aspiring to enrich it further in content and develop a Mazingira Yetu magazine mobile App to reach out to the more than 8 million smart phone users in Kenya.

The message we have for everyone is believe in yourself, believe in all what you have hoped for and you shall achieve and remember the word impossible only exists in the mind. And you are never too small to make an impact.