PEN addresses the plight of writers in prison

Dictators are afraid of people with a voice speaking uncomfortable truths, says Ralf Nestmeyer, the coordinator of PEN Germany's Writers in Prison Committee.

In many countries, writers and authors are the first victims of dictatorial rulers. November 15 is the Day of the Imprisoned Writer – a day when international writers' organization PEN draws attention to the plight of people around the world who have been imprisoned or persecuted for daring to exercise their right to freedom of expression. This year PEN has selected five cases that exemplify the oppression to which authors all over the world are subjected on a daily basis. You can find out more about these cases in the picture gallery above. 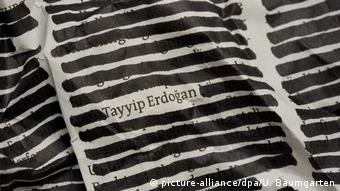 Turkey has one of the highest numbers of imprisoned writers

So, what does the state of freedom of speech look like worldwide? The International Writers in Prison Committee, based in London, has drawn a bleak picture. The organization registers between 700 and 900 cases of persecution against authors every year. Their most recent statistic, from 2015, listed 1,054 authors who had been attacked, imprisoned, tortured or murdered.

The Deutsche Welle project DW Freedom reports on cases of journalists, writers and bloggers being persecuted for their work. The situation in many countries around the world has not improved in the last year, according to Ralf Nestmeyer, vice president of PEN Germany and the local coordinator of the "Writers in Prison" project. DW's Stefan Dege spoke with him about the critical state of freedom of expression today.

Read more: Day of the Imprisoned Writer: Why persecuted authors need our support 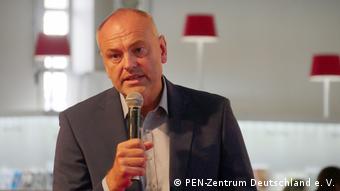 DW: Five authors are the focus of this year's Day of the Imprisoned Writer. What do they have in common?

They are all authors who had to face consequences for using words to denounce situations. They either ended up in jail or disappeared, as in the case of Dawit Isaak from Eritrea, whose whereabouts have been unknown for the last 17 years, or the Mexican journalist Miroslava Breach Velducea, who was murdered.

Where is freedom of expression particularly threatened in the world?

There are many places in the world where it is threatened, not only in these five authors' countries — from Turkey, with about 160 imprisoned journalists, making it one of the largest prisons for journalists worldwide, to countries like China, where no one knows exactly who is in jail.

Why do rulers fear the opinion of others even though they are in power?

Most of all, they feel threatened because these voices can denounce abuse or address issues that might shake their power.

But what makes free speech so dangerous for these rulers?

Dictatorships all have this in common: They are terrified of the written word, of critical opinion. The issues that are criticized are determined by the authors alone. Rulers do not have access to this process and that scares them.

Are they afraid of losing control?

Losing control and facing unpleasant truths. This has not changed in the last 100 years, which is why many writers and authors have gone into exile.

You are also a travel journalist and usually describe the beauties of a country. If you look at Turkey as the vice president of PEN Germany, what do you see?

Turkey is certainly a very beautiful country, but the political abuses there cannot be denied. Authors should speak out against them, of course, but President Erdogan is trying to stem this and control the media. There are hardly any media outlets left there that can report freely.

How can the arrogance of the powerful be broken?

Denouncing these abuses is the only thing that helps. This is what PEN International is trying to do, by shedding light on the fate of persecuted authors. This can also help the imprisoned writers. Among the five imprisoned authors we focused on last year, three have since been freed. This shows that our protest is effective.

On the Day of the Imprisoned Writer, rights group PEN International remembers writers who have been jailed for their work. DW asks former imprisoned author Enoh Meyomesse about his life after release. (15.11.2017)

Beaten, locked up, murdered: These five writers have paid a high price for expressing themselves freely. On Writers in Prison Day, we take a look at their stories. (15.11.2018)