The "anti-Islamization" PEGIDA has cancelled its next public demonstration amid the resignations of several key leaders. Despite the group's apparent crisis, Germany's vice chancellor has warned against complacency. 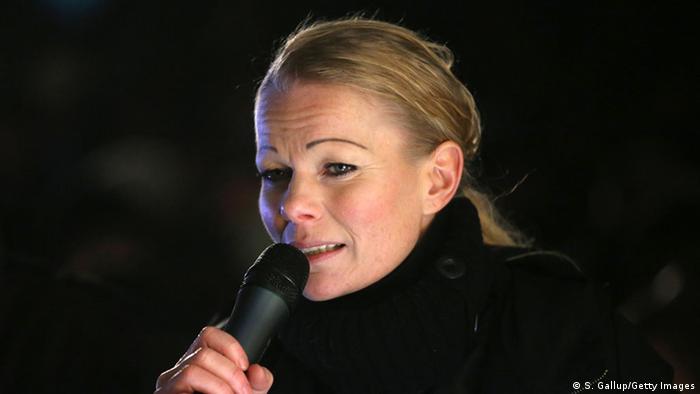 Kathrin Oertel became one of PEGIDA's most prominent figures

In a message on PEGIDA's Facebook page on Wednesday, the group announced the weekly demonstration planned for the following Monday, February 2, in Dresden had been cancelled for "organizational and legal reasons."

While a previous PEGIDA rally had to be canceled after police said a terror threat had been made, this time the organization itself called for the pause, evidently to give itself time to regroup after several of its prominent figures quit.

"Even if Kathrin Oertel, Lutz Bachmann and Rene Jahn are no longer available for the board of directors, the movement cannot stop because of that. This is not about individuals, it's about our cause," PEGIDA, which loosely translates to "Patriotic Europeans Against the Islamization of the West," wrote on its Facebook page Wednesday.

Oertel stepped down just days after taking on a greater leadership role with PEGIDA, citing massive hostility, threats and professional setbacks as the reasons for her decision. 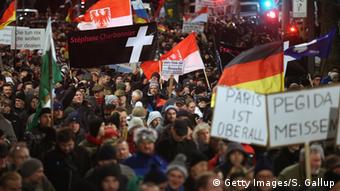 "She sacrificed herself for our cause," an earlier Facebook post on Wednesday said, "But when photographers and other strange figures are sneaking around her house at night, you can't hold it against even the strongest woman for taking a break."

The series of resignations began last week with PEGIDA founder Lutz Bachmann, after photos emerged of him posing as Nazi dictator Adolf Hitler.

However the remaining organizers seemed defiant, telling their almost 160,000 Facebook fans that a new board would be elected in time to organize the next demonstration on February 9.

Since its formation in October, PEGIDA has staged regular rallies in Dresden, with offshoots occurring in other German cities. Protests are focused against the German immigration system and the group's perception that radical Islam is gaining influence throughout Germany. 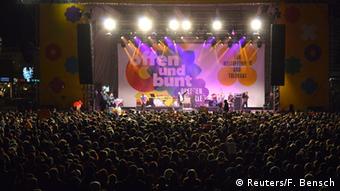 On Monday, thousands in Dresden attended a concert organized as a statement against PEGIDA

PEGIDA has denied that it is xenophobic. German Chancellor Angela Merkel has spoken out against the group, as its rapid rise caused concern in mainstream political circles.

Germany's vice chancellor and Social Democrat leader Sigmar Gabriel, who recently had an impromptu meeting with PEDIGA supporters, said on Wednesday that he thought the movement was fragmenting. But he also warned against complacency by politicians.

"It's perhaps also a relief for Dresden. I think that these public demonstrations have passed their peak," Gabriel told German broadcaster ZDF, adding, "The only danger which remains now is to believe that everything is all right again, and then in the next election we complain again that voter turnout is so low. We need to carefully speak about the issues which worry people."