Peace, plants and hip-hop in Colombia | Environment | All topics from climate change to conservation | DW | 11.05.2017

In the conflict-ravaged Colombian city of Medellin, rappers have taken up urban farming to nourish their community and plant the seeds of peace. 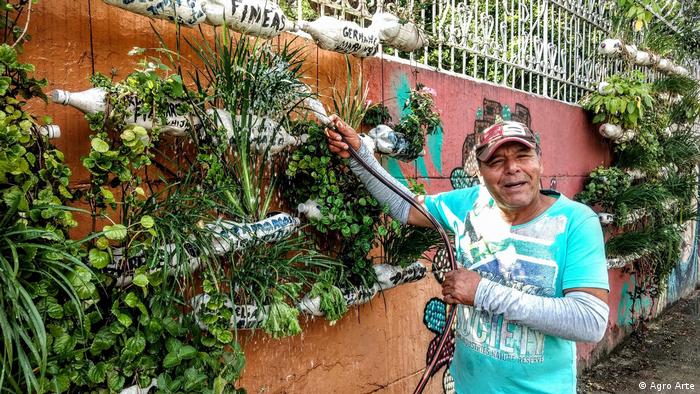 With big Creole earrings, a bandana, and the crotch of his trousers hanging between his knees, Luis Fernando Alvarez looks more like a rapper than a farmer. Actually, he's both.

Luis, or "El AKA" as he is known in Medellin, Colombia's second-largest city, has brought his two passions together with the initiative Agro Arte - agricultural art.

San Javier is a slum of mountainous Medellin, and one of the city's poorest and most violent. But Agro Arte has turned its ragged patches of wasteland and roadside verges into fertile land.

El AKA and his band of local residents - young and old - grow carrots, greens, cauliflowers and herbs. In the late afternoons and evenings, once the plants have been taken care of, the group makes music together.

Hip-hop and agriculture might seem like a strange mix. But El AKA believes it's the perfect partnership to unite the community. "Hip-hop attracts young people, and agriculture the older ones," he told DW.

Rap and farming have much more in common that you might think, the rapper says. "Hip-hop is from the street, but below the street is soil. And the soil contains our history and memories."

And music is a way to process those memories. 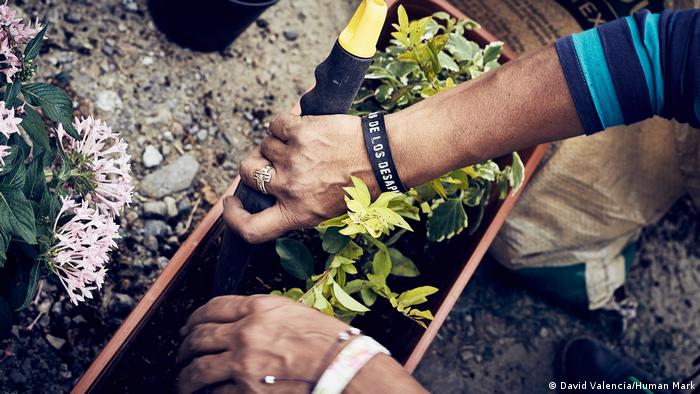 Once a week, residents meet to plant flowers and food crops

Healing the scars of war

San Javier's memories are often painful. In 2002, the neighborhood was the scene of a violent military offensive. In a bid to expel guerrillas, the army and paramilitary groups waged a four-day attack.

Residents of San Javier were caught in the crossfire. Hundreds of civilians were injured, and hundreds more detained without trial. Dozens of people were disappeared by paramilitary forces, during and after the operation.

The military offensive left San Javier in the hands of paramilitary gangs. It became known as the most violent neighborhood in, at that time, the world's most violent city.

It was in the aftermath of the military operation that El AKA launched Agro Arte.

Citizens had been left traumatized. El AKA's plan was to bring the community together again and make the streets and squares that had see so much violence bloom.

There can only be peace in a healthy community, El AKA believes. 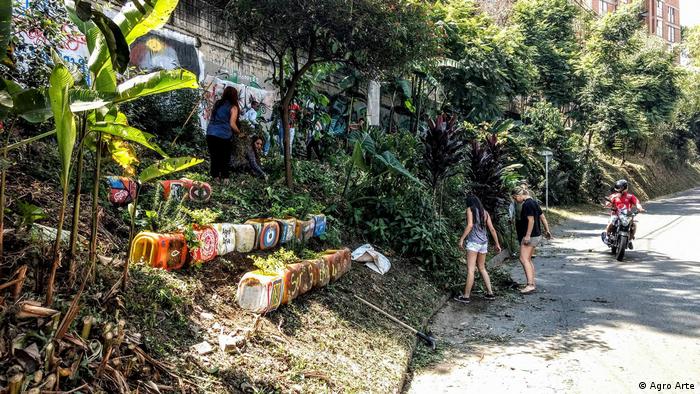 Brightening up the roadside to heal a traumatized community

Fast forward 15 years, and San Javier residents still meet every Saturday to work the land together. A few teenagers cut back bushes with machetes while their fellow gardeners aerate the soil with rakes.

A young girl plants herbs in painted plastic bottles hanging along a wall. "Juanca always in our hearts," is written on one, commemorating a loved one who disappeared.

Agro Arte is an active community project. El AKA describes how a man in his 50s once tried to donate seeds. He was asked to sow them himself.

"The people need to plant themselves. This is how we generate dialogue," El AKA says, speaking as fast and rhythmically as he raps.

"The residents grow their own food. And when something doesn't work they can say 'Look, my salad died. How's yours doing?' And there you have the start of a conversation."

In the beginning, residents were skeptical of a gangster rapper wanting to plant carrots and onions in their neighborhood. 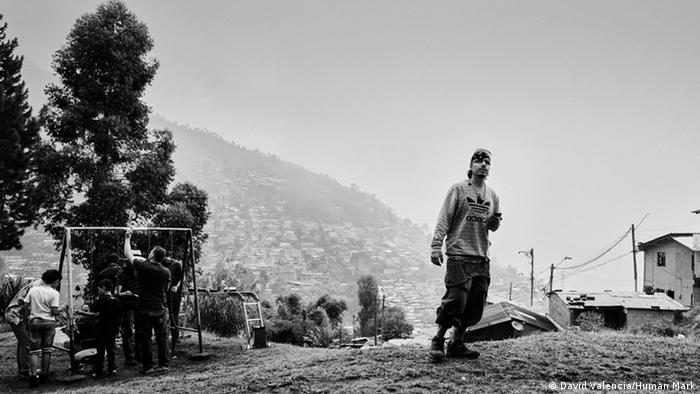 El AKA in the mountains of San Javier

Margoth Yepes remembers when her teenage son first told her about Agro Arte: "A few years ago, he said that he and his friends will go out to sow. To sow? I asked.

"Then he brought a CD of El AKA. I was startled. This is the guy? With the big earrings and bandana?" she laughs. "But I thought it was interesting and a bit peculiar."

Now, she is impressed with what the teenagers have learned. "They know which medicinal plant helps against a headache, which herbs can be used to make tea, and how to grow salad."

Over the years, residents have changed their perception of rap, too. "Hip-hop was always associated with delinquency and drugs," says El AKA. "But now, they invite us everywhere."

In the evenings, when the young hip-hop artists perform new songs, the entire neighborhood gets together - regardless of age.

"I love it when they sing," says one grandmother. "Agro Arte has been something very special, beautiful and important for me. I see how the kids develop, how hard they work and that they are interested in their country."

Art and hope and sustainability

San Javier is no longer Medellin's most violent neighborhood. But paramilitaries and drug gangs still terrorize the streets.

Youth unemployment remains high in San Javier. Employers are wary of hiring young people from the infamous barrio. Teenagers in San Javier have a lot of time on their hands, and few opportunities. 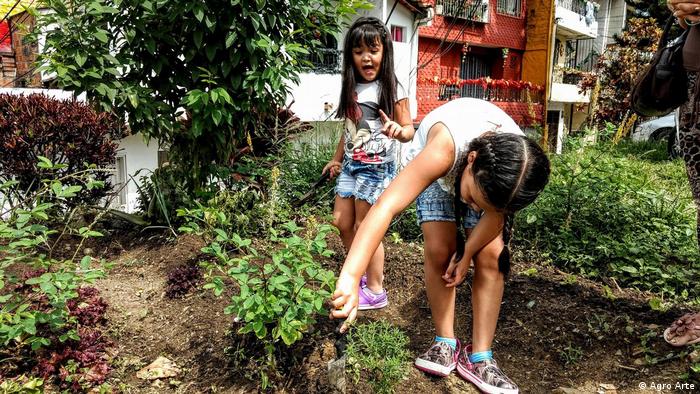 Gardeners of all ages pitch in

For some, drugs and gangs seem like the only option. But Agro Arte offers something else.

"When I'm too lazy to do anything, somebody comes and calls me. And then I have to get up and sow the land," says a young man calling himself MC Gota.

"One of the most important things taught here is to have confidence in yourself," says a young man going by the name MC Rayo. He writes songs with El AKA and the other kids, and performs on-stage.

"They demonstrate an alternative lifestyle, showing that you don't only have to stay at home on the internet or relax on the corner smoking."

The people of San Javier have been waiting a long time for peace. In that, they are little different from the rest of country.

In November, the Colombian government signed a peace agreement with guerrilla group the FARC ending a half a century of hostilities. Since then, the government has started peace talks with the country's second-largest rebel group ELN to formally end the civil war. But drug-related violence continues to be a problem.

Resolution still seems a way off. But in San Javier, the seeds of peace have been planted.

Six rooftops in Johannesburg have been turned into neighborhood food co-operatives. The city is using urban farming to lift people out of poverty, counter food insecurity and off-set its CO2 emissions. (05.01.2017)