Passau crossbow deaths may be suicides, of a sort

Investigators say they need more time to find out how and why three people died in Passau from crossbow wounds and two women died 600 kilometers away. How the deaths are linked is a question posing challenges. 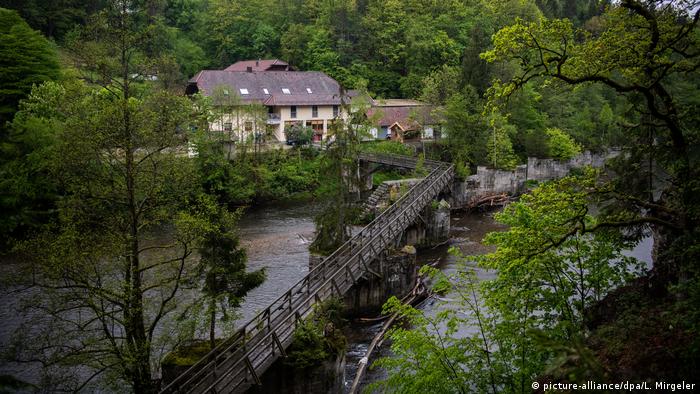 The investigation into the deaths of three people with crossbow wounds in a Passau hotel, and two women in Wittingen, Lower Saxony, 600 kilometers (380 miles) away, progressed Tuesday.

On Saturday, a 53-year-old man, a 33-year-old woman and a 30-year-old woman were found dead in a small hotel room in Passau on the Austrian border, with crossbow bolts in their torsos. The 30-year-old found on the floor was shot in the neck, while the other two, who were lying on a bed hand-in-hand, both had wounds to their hearts.

The Passau prosecutor's office said on Tuesday that it appeared the 30-year-old shot the other two and then herself, which suggested it could have been an extended suicide or "killing on request." Investigators had found no evidence to suggest a fourth person had been involved, a spokesman said.

There were no signs of a fight or defensive wounds, although more crossbow ammunition was found in the room. Three crossbows were found, one of which may have been bought in Austria. A white van found near the hotel is also part of the investigation.

The two people on the bed had written statements before they died. The content of the documents was not divulged.

They were reported to have both been previously in the Westerwald in Rhineland-Palatinate, near where the 53-year-old man ran 'Milites Conductius' a shop selling medieval artefacts and weapons in Hachenburg, a town southeast of Bonn. The 30-year-old may have visited them there recently.

When police went to the 30-year-old's address in Wittingen on Monday, they found two more bodies which appeared to have been there for several days. One was that of a 35-year-old teacher of German and religious studies at schools in the town. She and the 30-year-old found in Passau had officially registered their civil partnership two years ago, and have both used the same surname since.

According to the local mayor's office, the women had only lived in the town since March. "I did not know her personally," Mayor Karl Ridder told dpa, admitting the deaths had been a shock for the community. He said that pupils and teachers were being cared for.

The other body found at the Wittingen address, a 19-year-old, may have been the sister of one of the women — but police are yet to comment on her relationship to the others.

"The time of death is a few days ago, according to initial findings," according to the autopsy report for the two women in Wittingen released on Tuesday. There were no signs of external injuries on either body. 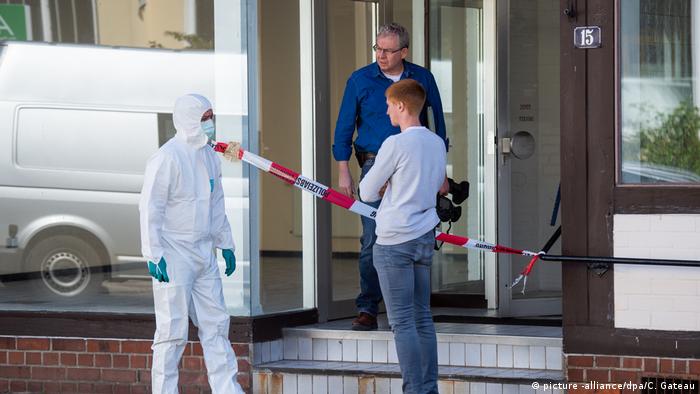 The 35-year-old teacher in Wittingen had been on sick leave for some time, which is why she had not been missed by the school.

Prosecutor Christina Pannek in Hildesheim, near Wittingen, said it could take a few more days for the investigation to obtain results: "There are more investigations to be carried out into the cause and time of death," she said.

There has been speculation as to how the three victims came to the Passau hotel, and how they knew each other. The only common link so far comes via a media report suggesting they all came originally from Rhineland Palatinate.

Passau: A border town at the limit

Politicians call it "chaos," the media call it an "onslaught." But Passau's aid workers and police hardly complain. Despite the immense strain, they're managing the ongoing refugee crisis, reports Nemanja Rujevic. (30.10.2015)

The best of Passau