Parliament holds heated debate on Nazi past | Germany | News and in-depth reporting from Berlin and beyond | DW | 09.11.2012

How much influence did former Nazis wield in establishing and operating Germany’s postwar democracy? That’s what parliament debated. But tackling the issue was not easy, since many files still remain classified. 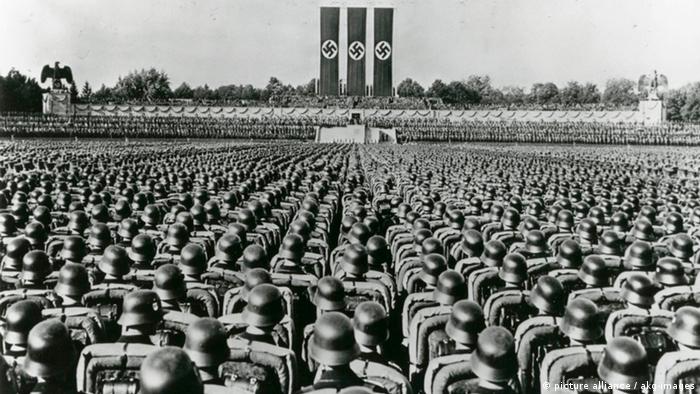 It almost seems a bit antiquated. More than six decades after the end of the murderous Hitler regime, members of the German parliament debated to what extent federal ministries and public offices in the country have dealt with their Nazi past. It comes after the opposition Left Party's parliamentary group submitted a formal request to the government for information about the post-war era.

The parliamentary debate coincided with a separate event - prosecutors bringing formal charges against supporters and the sole surviving member of a neo-Nazi cell suspected of committing ten murders between 2000 and 2007.

The revelations about the neo-Nazi gang, the National Socialist Underground (NSU), are a hugely pressing and current issue. By comparison, the debate about postwar Germany's Nazi past seems so outdated. But the past is constantly catching up with Germany as it struggles to find out how the neo-Nazi cell could have evaded authorities for more than a decade.

By contrast, the question of just how far West German authorities were riddled with former Nazi party members seems nowhere near resolution.

That impression is strengthened by the government's 85-page response to the Left Party's request about old Nazis in the halls of power. It's an interim summary of ongoing research conducted by historians in the archives of many ministries and federal agencies.

The debate in the German parliament was marked by constant references to the current neo-Nazi scandal that has rocked the country.

Since the NSU's discovery, Germany's national security apparatus has come under intense scrutiny for its failure to connect the dots and apprehend the suspects. Earlier this year, it was discovered that intelligence files on right-wing extremists had been destroyed the same month the NSU was discovered on the orders of an official in the Federal Office for the Protection of the Constitution, Germany's domestic intelligence service.

The shredding of important files pertaining to far-right extremism has sparked outrage and shock, raising suspicions that incriminating information was covered up and that the perpetrators may even have been protected.

But it's not the first time it has happened. In the late 1990s, files on mass murderer Alois Brunner, a high-ranking SS officer, disappeared. The German intelligence service (BND) was said to have destroyed files containing conflicting information as to whether Brunner had worked for the BND at some point. 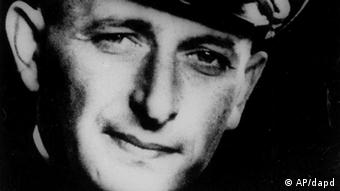 Brunner was a close aide and confidante of Adolf Eichmann who organized the Holocaust from his desk in Berlin. He was sentenced to death in 1961 in Jerusalem. Though the BND knew Eichmann's location, he lived undetected in Argentina for several years.

The BND is also believed to have protected war crimes criminal Klaus Barbie who was responsible for sending hundreds of Jews in France to their death. Just like Eichmann, Barbie went underground in South America. He even worked as an agent for the BND in the mid 1960s.

The fact that files on Barbie, Eichmann and others responsible for war crimes still remain classified has sparked anger among several German politicians and led to heated exchanges in parliament.

Wolfgang Thierse, president of the German parliament, has appealed to members of the ruling parties – the Christian Democratic Union (CDU) and the liberal Free Democrats (FDP) – to stop blocking the opening of the files.

Volker Beck, head of the parliamentary group of the opposition Green Party, said it could not be in the public's interest to block publishing files with references to the Nazi past in order to “protect the work of our intelligence agencies.” And especially not in light of the current debate about right-wing extremism in Germany, Beck added.

Jan Korte, from the opposition Left Party, spoke of a “second guilt” of Germans, a reference to a book of that name written by Ralph Giordano, a German writer and publicist. It focuses on the denial and suppression of Germany's Nazi past.

But not everyone sees things that way. Armin Schuster, a member of the CDU, said Korte was too one-sided in his criticism of West Germany's Nazi past. Former communist East Germany, too, had several ex-Nazis in leading positions, Schuster added.

The one thing that politicians across party lines agreed on, however, was that an increasing number of ministries and federal agencies have been willing to commission investigations to investigate their Nazi pasts.

One of the most high-profile efforts was undertaken last year by historians Eckart Conze and Norbert Frei who looked into Nazi involvement at the foreign ministry. The no-holds-barred report was commissioned in 2005 by then-Foreign Minister Joschka Fischer. 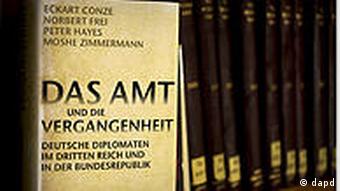 The controversial study on Nazi involvement at the foreign ministry was marketed as a bestseller.

Several ministries and agencies have followed the foreign ministry's example and initiated research projects to dig around in their past. That includes the BND, the Federal Crime Office (BKA), as well as the Federal Office for the Protection of the Constitution (BfV).

The German government, by its own admission, says it “wholeheartedly” supports such research projects. It is important that “the results of such work lead to a critical discourse in the public sphere,” it said.

But critics, such as the Left Party's Jan Korte, have raised doubts about the independence of the scientists and researchers commissioned for the investigations.

Korte has pointed to the conditions laid down by the government for investigating the Nazi past at the Federal Office for the Protection of the Constitution, including a ban on researchers making any public statements during the project phase. Each statement also must be discussed beforehand with the head of the project at the BfV. “That is censorship and not befitting of what's at stake here,” Korte maintained.

Bundestag seeks answers on Nazi past

German parliamentarians have urged the government to enable more thorough research into the role former Nazis played in post-war German institutions. The Bundestag voted to give historians easier access to archives. (08.11.2012)

German prosecutors have indicted a woman alleged to be the third member of a neo-Nazi group behind a seven-year racially motivated killing spree. (08.11.2012)