Paris museum opens its doors to nudists in one-off event

Nudes tend to be more frequently found on canvases than in front of them, but a Paris museum has changed that. It is the first time a gallery in the city has welcomed naked visitors. 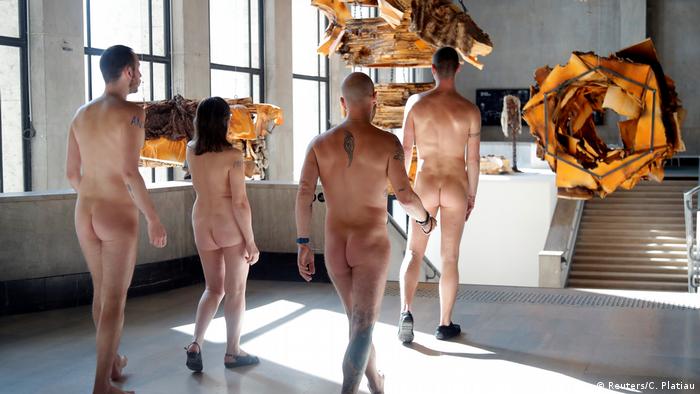 It is the first time a gallery in the French capital has held such a naturist event. The tour was attended by some 160 unclothed people, with the event sold out in under two days.

The tour took place before the main opening hours for the museum.

"The naturists' way of life is to be naked. Culture is part of our daily life, and this is a special opportunity," Julien Claude-Penegry, communications director of the Paris Naturists Association, told Reuters news agency.

"Today, the mentality is changing. Naturists ... are pushing past barriers, taboos or mentalities that were obstructive," he added. 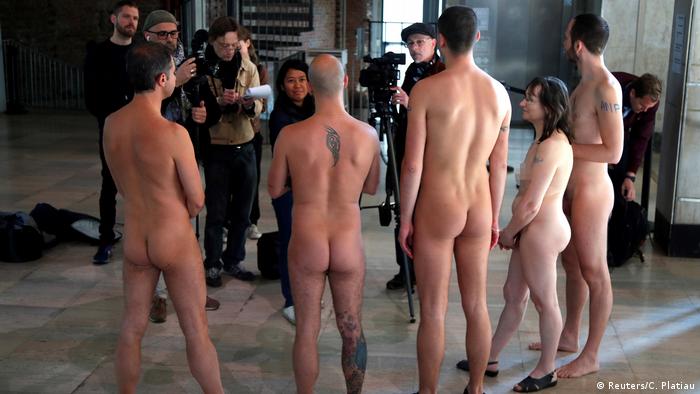 Art buffs in the buff at the Palais de Tokyo

In an interview with the German daily Süddeutsche Zeitung, the vice chairman of the association, Cedric Amato, said being naked while looking at art could heighten the experience, because "you no longer think about what you represent in society."

"When you are naked, you can concentrate completely on the art," he told the paper.

The organization advertised the event on its Twitter account, saying "the practice of naturism is a true necessity, especially in urban space. This breaks with society's codes and improves its well-being."

The association says there are 2.6 million naturists in France, of whom 88,000 live in Paris.

Paris has recently implemented other naturist projects, with nudists being allotted a designated patch in the Bois de Vincennes park in the east of the city, and getting their own restaurant, named "O'naturel."

The Paris event is not unique in the world. In 2013, a gallery in Vienna invited visitors to strip off while viewing an exhibit of paintings of male nudity, and in 2015, the National Gallery of Australia also offered people the chance to get in the buff to look at works by the American artist James Turrell.

Typical tourist tours of Paris are dominated by stories of men and usually gloss over the role of women in shaping the city. One walking tour company aims to change that by focusing on a lesser-told side of Paris.

The Virgin of the Rocks - Leonardo da Vinci’s Mysterious Masterpiece 17.06.2022

Leonardo da Vinci's ‘Virgin of the Rocks’ is his most enigmatic painting. And it’s not just the Madonna’s unusual setting that raises questions. Why did he paint not one, but two versions of the work?