Parents of abducted girls blame government | World| Breaking news and perspectives from around the globe | DW | 08.05.2014

Emotions are running high in Nigeria with the 230 abducted school girls still in the hands of their kidnappers. Islamist sect Boko Haram has claimed responsibility and said it plans to sell the girls as slaves. 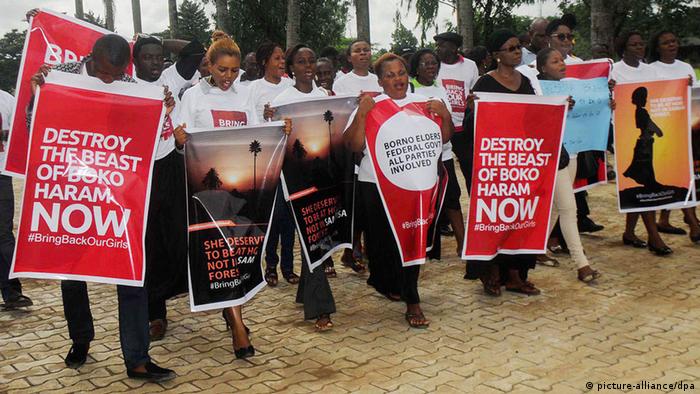 The mothers and fathers of the abducted Nigerian school girls are facing every parent's worst nightmare. They don't know what has happened to their daughters - and they don't know what Islamist sect Boko Haram is going to do to them in the days and weeks to come.

"We don't know where they are and we don't know what is happening to them," Mr Haruna, which is not his real name, told DW. His daughter was among the girls who were taken from their dormitories of the Government Girls Secondary School in Chibok in Borno State three weeks ago. He said some parents were so afraid to lose their daughters that they stopped eating.

"We want our girls back now!" another parent cries out, expressing her agony.

Nigeria's government has been criticized for its inept response - and not only in Nigeria, but around the world. The incident has sparked protests in many Nigerian cities, as well as in major capitals such as Washington and London. 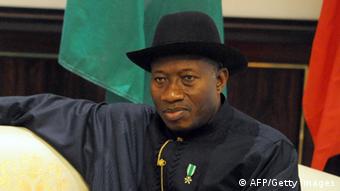 Jonathan has been criticized for his inept and slow response

A couple of girls managed to flee from their kidnappers - like Amina (not her real name). She says she was able to escape during the night when a van they were traveling in broke down.

"Some girls started jumping out of the lorry. We said since others are jumping out, it will be better for them to kill us than to take us to an unknown destination. So I and the girls started running," she recalled.

They were running through a dark forest in the middle of the night until they came across a local. "He showed us the way that led to our village," she said.

Boko Haram said in a video message the group plans to sell the girls into slavery. This announcement has prompted parents like Haruna to call on the government to do everything in their power to rescue their daughters.

Parents worried for their daughters' lives

Boko Haram's threat to sell the underaged school girls as slaves is generally seen as proof of the group's intention to force them into marriage.

Naomi (not her real name), a 14-year-old girl who had been abducted in a similar matter with three other school girls late last year, said that even though all of them were underaged, they were forced to marry Boko Haram members in spite of their protests. 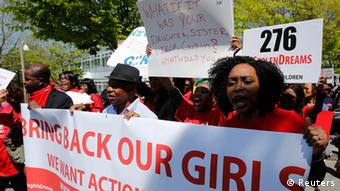 "We told them we are too young and that we didn't want to marry [them]," she said. "Then they pointed to a little seven-year-old girl. They said 'Do you see that girl? I have already married her.' Then they told me I had to get married."

Naomi says that this forced marriage to a gunman who has no value for
human life was a particularly frightening experience. She couldn't stop crying. Then, one day, the gunman gave her a stern warning.

"They said 'Since you came here you have been crying. You do not keep quiet. If you misbehave we shall behead you so keep quiet.'"

She managed to escape her captors at night after three weeks of captivity.

The abducted Chibok school girls are likely going through a similar traumatic experience.

Nigeria's President Goodluck Jonathan was slow to react to the incident, and only publicly spoke about the girls' fate three weeks after they had been kidnapped.

Many believe he is more preoccupied in plans to seek re-election rather than the more pressing issue of rescuing the girls.

Islamic militants are reported to have killed as many as 300 people in an attack on a Nigerian border town. Boko Haram assailants are said to have gunned down civilians as they tried to escape intentionally lit fires. (07.05.2014)

Cameroon has refuted allegations that some of the more than 200 missing Nigerian schoolgirls have been sold for marriage within its borders. Boko Haram’s leader had vowed to sell the girls in the marketplace. (07.05.2014)