Paperwork makes migrants shy away from German citizenship | Germany| News and in-depth reporting from Berlin and beyond | DW | 09.07.2011

German passports are much coveted, as they offer many benefits, such as visa-free travel to numerous countries. But many migrants to Germany are hesitant about applying for citizenship in their new homeland. 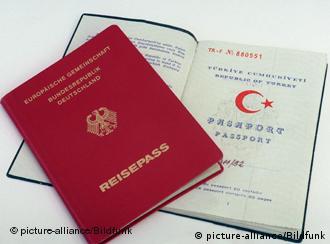 Even though the number of migrants who took German citizenship rose slightly last year, it was still far below the record high reached at the turn of the millennium.

The Federal Statistical Office announced that over 100,000 non-German nationals were given German passports in 2010, which is 5.7 percent more than the year before.

In 2000, the year when a new Nationality Act came into force, some 187,000 foreigners were naturalized as German citizens.

As in previous years, the largest group, with around 26,000 naturalizations, came from Turkey. Then came immigrants from former Serbia and Montenegro, Iraq and Poland. 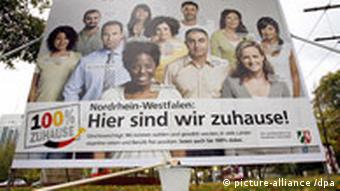 The German states of North Rhine-Westphalia and Hamburg saw the greatest rise in the number of naturalizations. The Hamburg government had boosted personnel at the responsible authorities and carried out a campaign to encourage naturalization.

There are also so-called "naturalization pilots" to assist those migrants who would like to apply for German citizenship.

Meryem Celikkol from the "Hamburg Turkish Community" (TGH) is in charge of "Project Naturalization" in the northern German city.

She knows why many immigrants hesitate to apply for German citizenship: "One very big reason is that they usually have to give up their old citizenship."

According to Celikkol, this is a problem for many immigrants, as they often associate their own personal history and that of their parents and grandparents with their former nationality.

In addition, she says, losing their old citizenship can even have legal consequences, such as the annulment of hereditary titles in their land of origin.

At home in two cultures

The psychologist Deborah Maehler has been doing research on migration at the Cologne University for several years. Among other things, she has looked at how and if migrants identify with Germany. 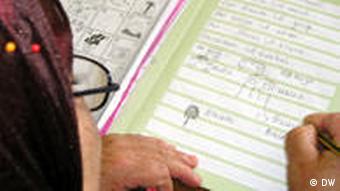 Applicants for German citizenship must learn the language

"This study showed clearly that people who have or are allowed to keep their dual nationality identify very strongly with both cultures: with Germany and their culture of origin," Maehler says.

She has concluded that having multiple nationalities is no obstacle to forming an attachment to the German state, even if the German government has repeatedly claimed this to be the case.

That is why most migrants' representatives have called for dual citizenship to be finally allowed without restrictions. At present, it is only allowed when the former native land does not permit its citizens to give up their citizenship.

Potential candidates are often scared by how complicated the German naturalization procedures are. Applicants have to fill out dozens of forms, organize certificates and pass a language and knowledge test. Moreover, they must not be dependant on social security benefits.

People who do decide to go through with the arduous procedures often have very pragmatic reasons in addition to their feeling of connection with Germany.

"Freedom to travel is one big reason," according to Celikkol. "The right to vote also plays a role. People want to have a say - in politics as well."

But, to the chagrin of many migrants, getting a German passport does not automatically guarantee acceptance in society.

Many naturalized migrants have complained to Celikkol that they often hear the words, "Nothing has changed at all," and that many Germans continue to treat them as Turks, Poles or Iraqis even after they have been naturalized.

Some 2.5 million people in Germany's have Turkish roots. That's a group big enough for German companies to target with specially developed marketing campaigns. (25.06.2011)