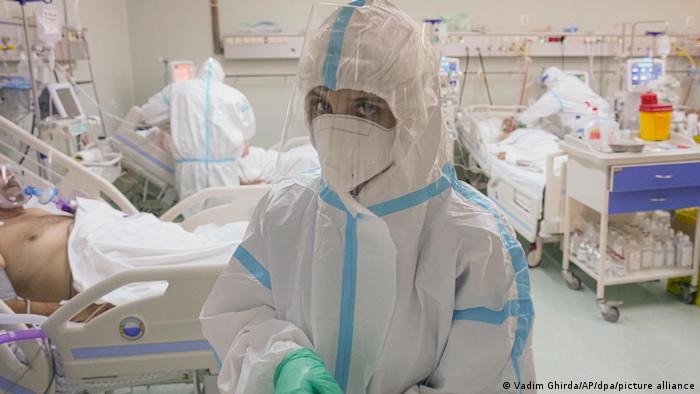 Images documenting the current situation at a university hospital in the Romanian capital, Bucharest, are tough to watch. In a video published last week by the investigative journalism platform Recorder, not a single intensive care unit (ICU) bed is free, while rooms and hallways are filled beyond capacity with sick people waiting for help and medical staff roll corpses in black plastic body bags past them.

All the while, ambulances keep dropping off new patients. Almost all are old and hardly any are vaccinated. Many can barely breathe; some still refuse to get vaccinated. "This onslaught has to do with people being reckless and uninformed," a doctor says. "Politicians have to be much more insistent. If they cared about the well-being of voters, they would be saying: 'Get vaccinated!'"

The video is 16 grueling minutes long, has no commentary and is titled "This Is What a Health Disaster Looks Like." 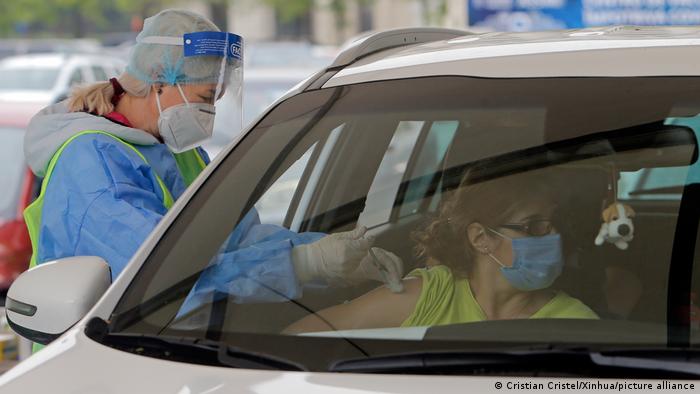 Scenes such as those in the video are playing out at hospitals across Romania. The country is currently being hit by one of the worst coronavirus waves in Europe. Record infection and death rates have been recorded almost every day since March 2020. On Tuesday, 19,000 new COVID-19 infections and 574 deaths were recorded.

"We're not just in a pandemic," Daniel Coriu, the chair of the Romanian College of Physicians, said on Tuesday. "We're in a disaster." Last week the college published an open letter describing the current catastrophic state of the health care system under the title "A Cry of Despair."

Romania is not an isolated case within the European Union. When it comes to seven-day incidence rates and daily death tolls, Latvia, Lithuania and Bulgaria have similarly high numbers. What makes Romania different from other EU countries is that its health care system is so burdened that many hospital directors and doctors say collapse is imminent. Romania and neighboring Bulgaria also have the lowest vaccination rates in the European Union. Only about 30% of the population is fully vaccinated in either country — the cumulative EU average is 74.4%. Vaccine skepticism is widespread and is being fueled by nationalist politicians and the influential Romanian Orthodox Church.

On Tuesday, President Klaus Iohannis told Romanians that the pandemic had become "a national drama of appalling proportion" and promised a crisis management meeting of all government decision-makers for Wednesday. Iohannis blamed broad vaccine skepticism for the situation but also singled out "lack of real government agency action" as a reason for low vaccination rates.

As recently as June, Iohannis described the nation's vaccination program as a "success," saying the pandemic had been halted. Center-right Prime Minister Florin Citu said the coronavirus had been "eliminated" back in June — even though experts contradicted him and warned of a fourth wave. 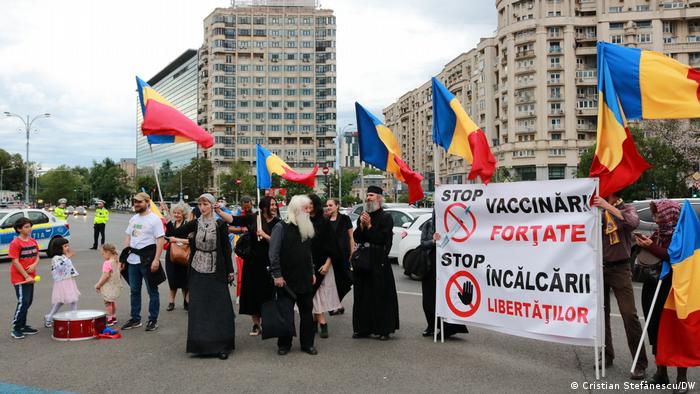 It wasn't until the devastating fourth coronavirus wave began to swell in early October that the government finally expanded mandatory rules for masks, set curfews and limited capacity at large public events.

The government has made minimal effort to counter vaccine skepticism — anti-vaxxers protest at will, and fake news posts about new vaccines and vaccination programs circulate widely. Recently, classroom audio secretly recorded by students in the north Romanian city of Botosani caused a stir when the teacher was heard claiming that vaccines were turning people into "zombies" and accusing hospitals of committing genocide "like in Auschwitz." 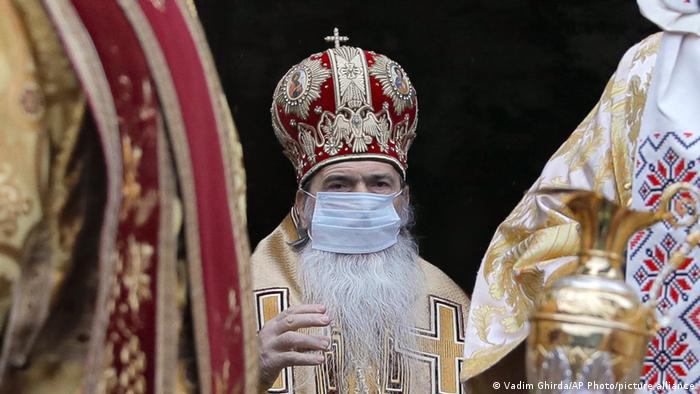 When it comes to vaccine opposition, priests and bishops in the Romanian Orthodox Church are on the front lines. Last week, Archbishop Teodosie Petrescu, of the southern diocese of Tomis, said vaccines were unsafe, going so far as to claim that the European Union was now stopping them.

To date, very few anti-vaxxers or coronavirus deniers have been investigated. Romania's politicians are especially careful when it comes to the church — an institution that yields outsize sway with voters. In rural stretches of the country especially, a priest's words carry a lot of weight.

Last week, the crush of the fourth wave forced the Romanian government to ask for foreign help for the first time, requesting that other countries send oxygen and ICU beds. Neighboring Moldova, far poorer even than Romania, deployed doctors and medical personnel to help. The Hungarian government pledged to treat Romanian COVID-19 patients — the first of whom have already been admitted to hospitals in southern and southeastern Hungary. That sign of solidarity is doubly meaningful as relations between Hungary and Romania have been fraught of late.

This article has been translated from the German by Jon Shelton

Romania and Lithuania have joined Slovenia as the only EU member states on Germany's high-risk list. New Zealand has expanded its lockdown to new parts of the country. All the latest with DW.