Palestinian leaders have reacted angrily to a decision by the organizers of Eurovision to ban their flag being flown. A list of banned flags also included the Basque region and the so-called "Islamic State." 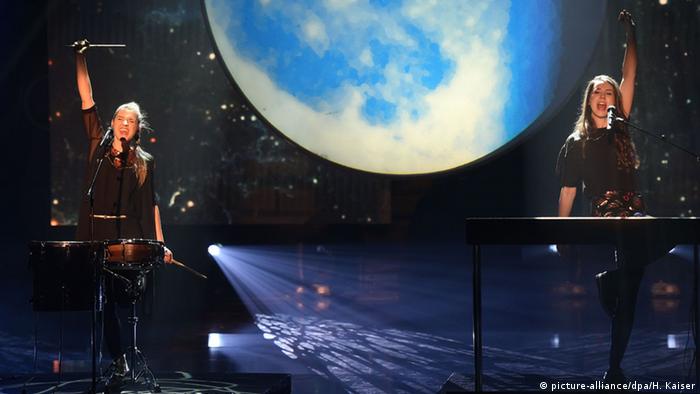 A senior Palestinian official demanded the European Broadcasting Union (EBU) reverse its decision to include the Palestinian flag among banned flags at next month's Eurovision Song Contest in Sweden.

"We call upon you to immediately revoke this shameful decision," Palestinian diplomat Saeb Erekat said Sunday in remarks directed to senior EBU officials. "It's also equally necessary for the European Broadcasting Union to apologize to Palestine and to millions of Palestinians around the world."

Palestinian statehood is recognized by 138 countries - including this year's host Sweden - and its flag flies at the United Nations headquarters in New York.

The EBU published a list of banned flags last week. Among them were the flags of Northern Cyprus, Kosovo, Spain's Basque region and the self-styled "Islamic State" black banner.

But after Spain reacted angrily over the inclusion of the Basque regional flag on the blacklist, the EBU apologized in a Facebook post.

Still, it said flags of an "offensive, discriminatory, unsuitable, political or religious nature," are still banned and did not clarify its position on the Palestinian flag.

Erekat said Sunday he'd written to EBU head Jean-Paul Philippot in protest. The letter complained that the decision is "totally biased and unacceptable."

Banners that are allowed include the flags of countries taking part in the contest and any other UN member state, as well as the EU flag and the LGBT rainbow banner.

Eurovision spokesman Dave Goodman told the AFP news agency that "the flag policy is not aimed against specific territories or organizations, and certainly does not compare them to each other."

The 61st annual pageant will feature acts next week in Stockholm as countries compete for the best song-and-dance act in front of a television audience of around 200 million worldwide.